Plague Doctor, White Ceramic Mug, Vintage Inspired Image
FREE U.S. shipping on all items! Some items have FREE world-wide shipping!
All items are made in the U.S., Canada or Europe. 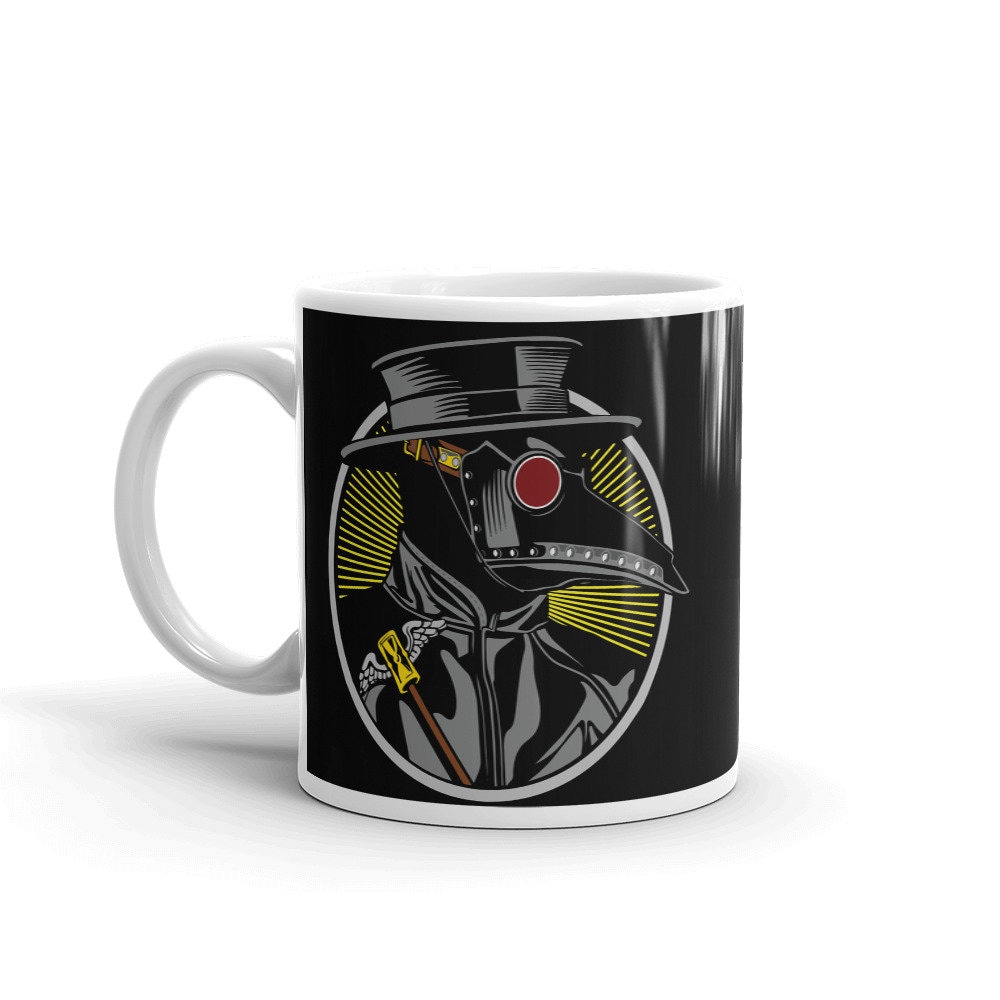 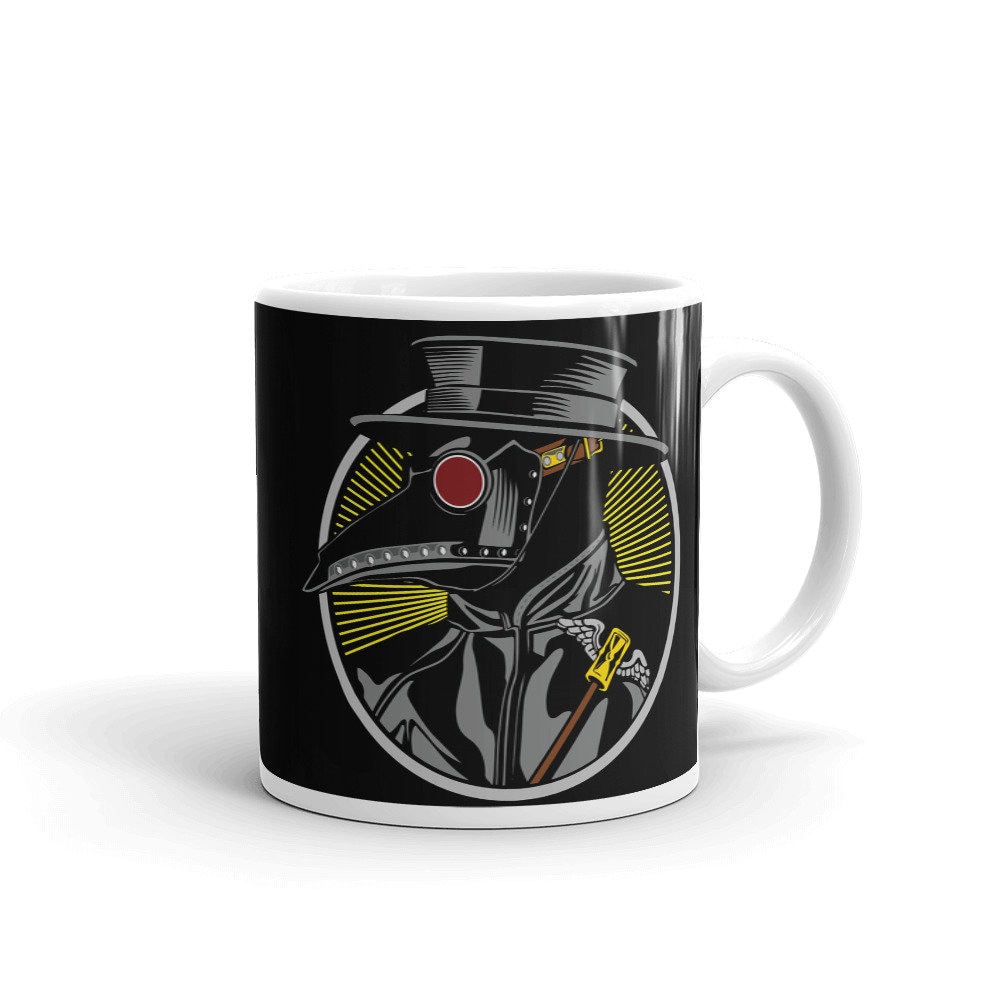 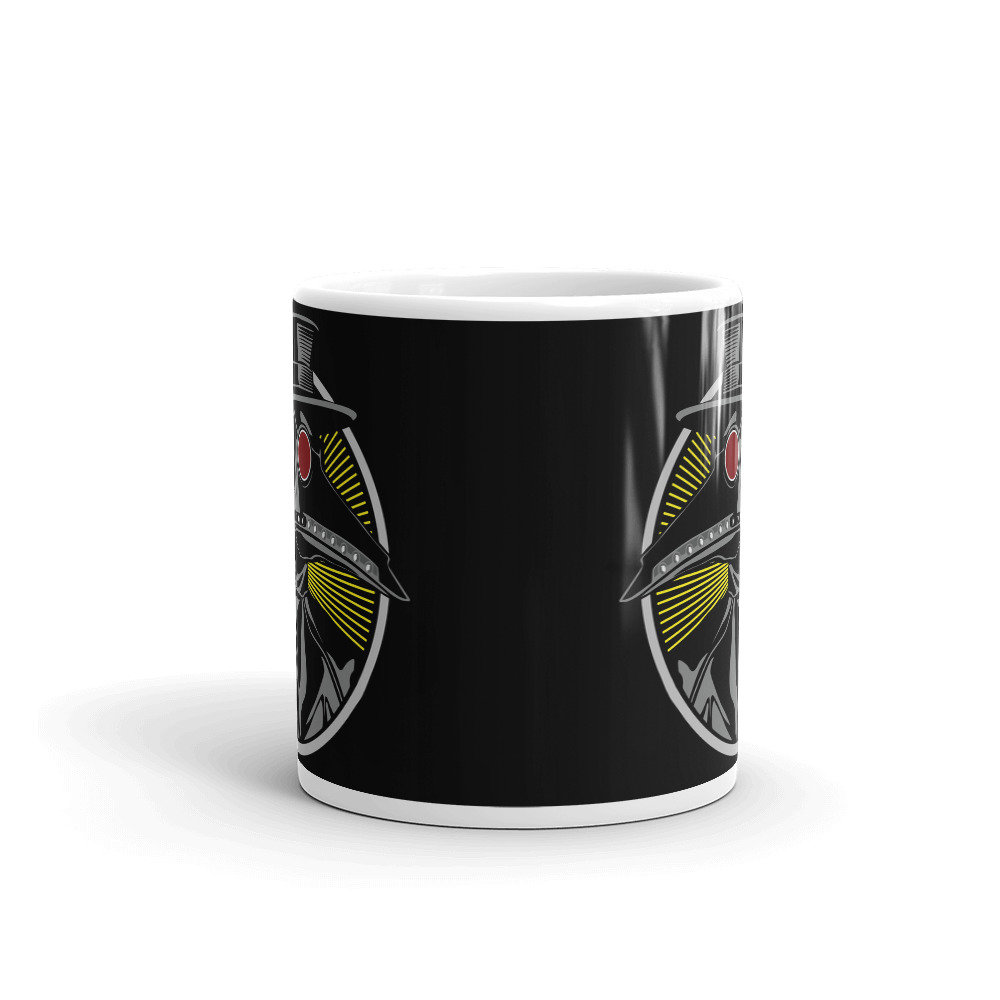 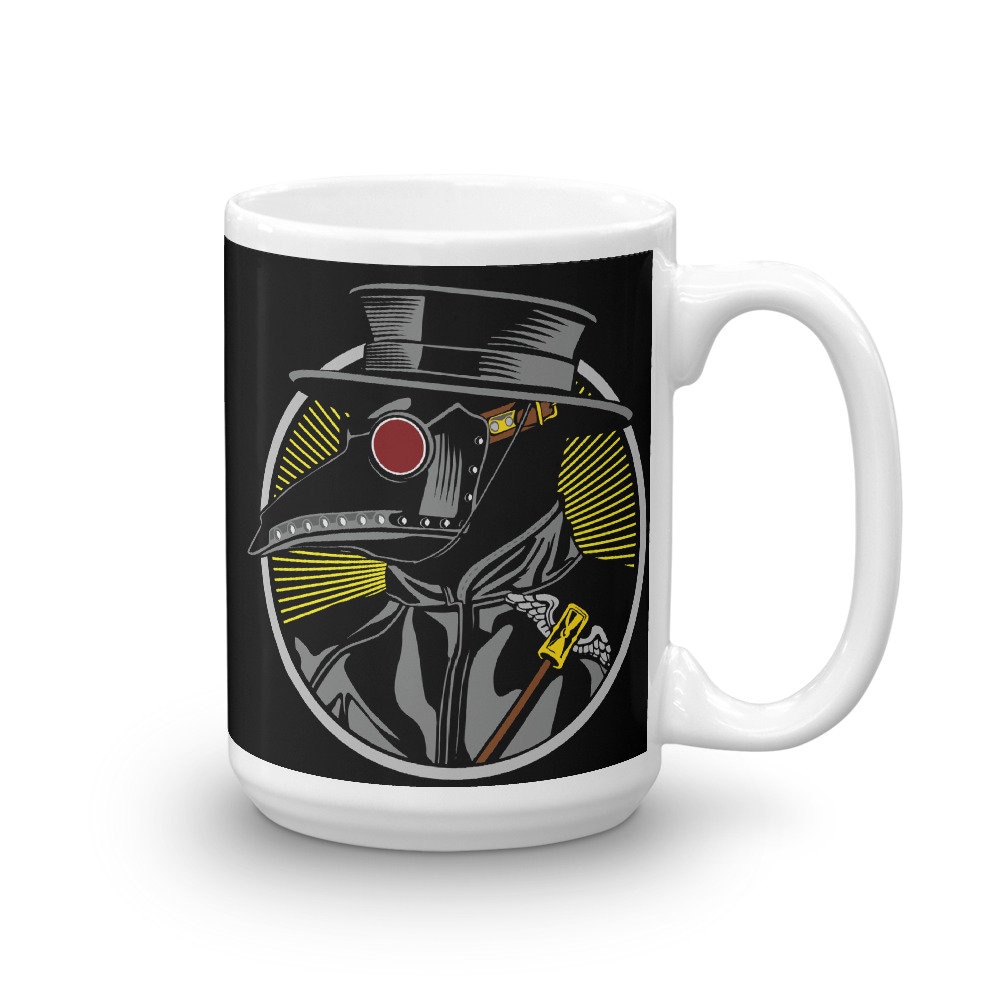 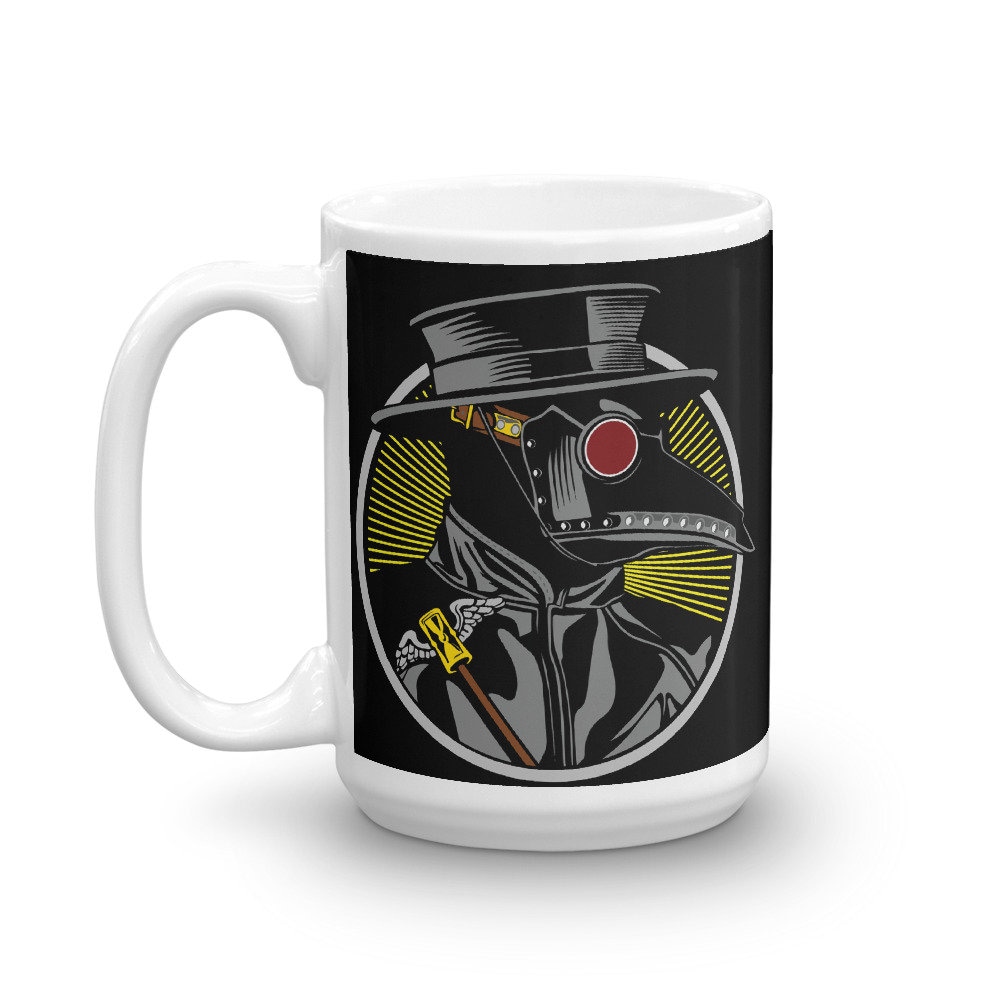 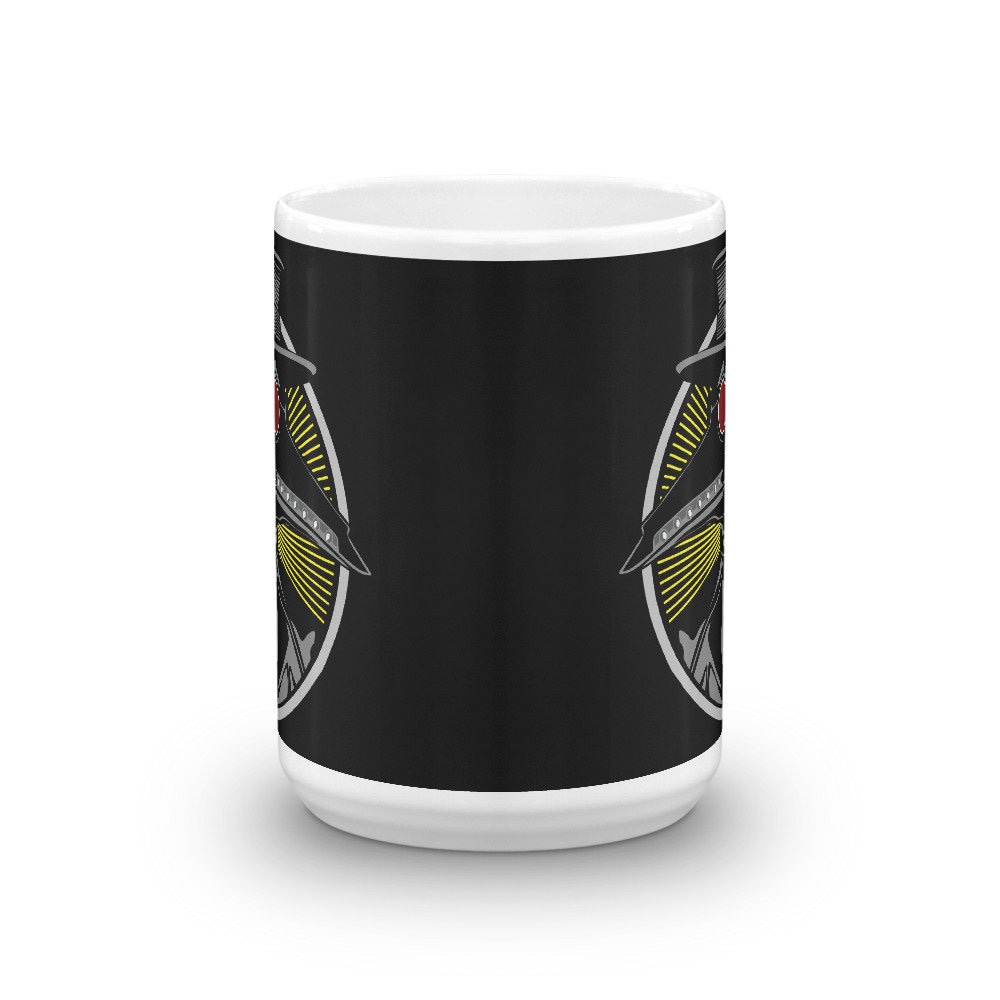 A plague doctor was a medical physician who treated victims of the bubonic plague, also known as the Black Death. In the 17th, 18th, and 19th centuries, some doctors wore a beak-like mask which was filled with aromatic items. The masks were designed to protect them from putrid air, which was seen as the cause of infection. The protective suit consisted of a light, waxed fabric overcoat, a mask with glass eye openings and a beak shaped nose, typically stuffed with herbs, straw, and spices. Plague doctors would also commonly carry a cane to examine and direct patients without the need to make direct contact with the patient. The garments were invented by Charles de L'Orme, the chief physician to Louis XIII, in 1620. -- Wikipedia

Whether you're drinking your morning coffee, evening tea, or something in between – this mug's for you! It's sturdy and glossy with a vivid print that'll withstand the microwave and dishwasher.