The Nice and Accurate Prophecies of Agnes Nutter, Shower Curtain, Inspired By Good Omens
Coronavirus and shipping updates are on our About page.
FREE U.S. shipping on all items! Some items have FREE world-wide shipping! 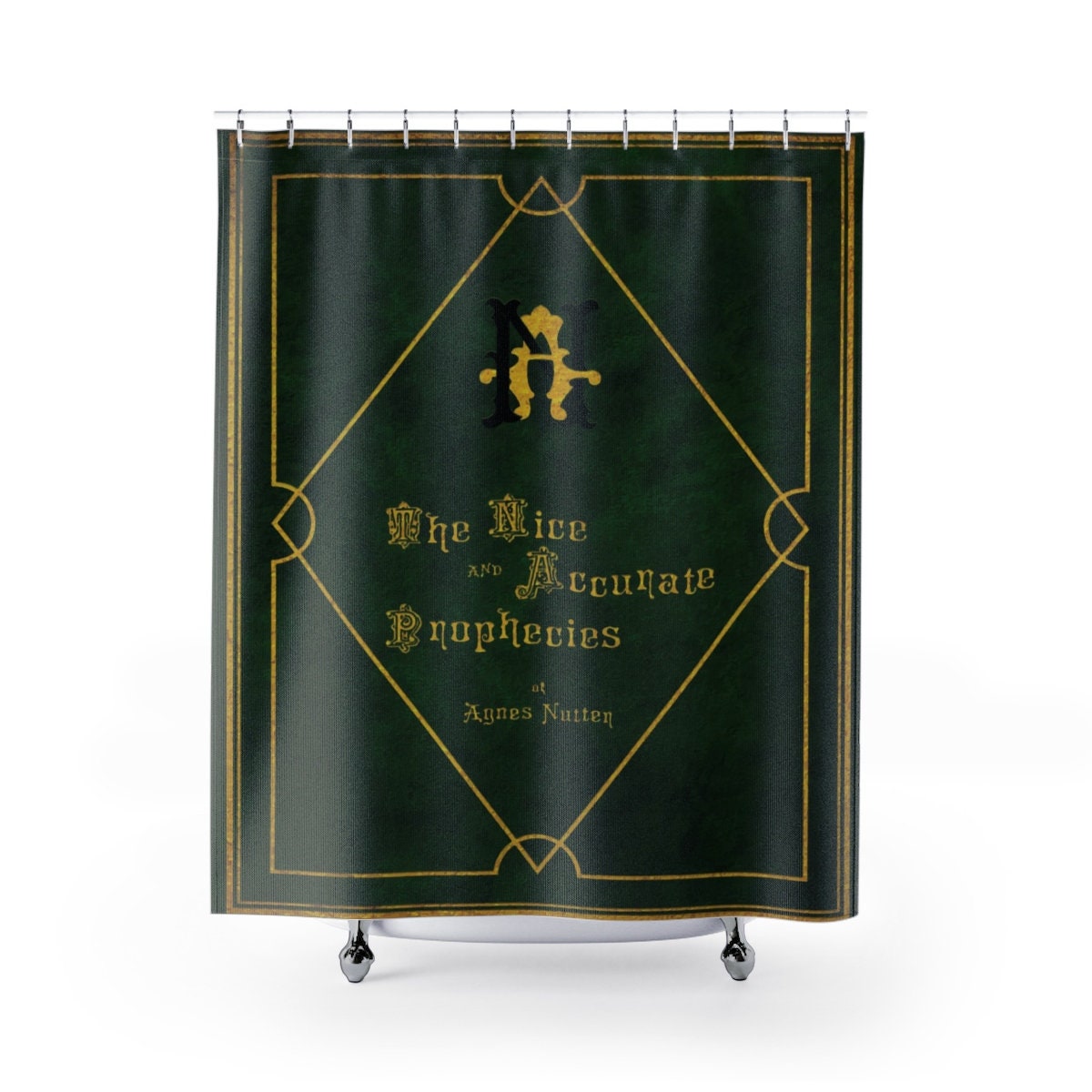 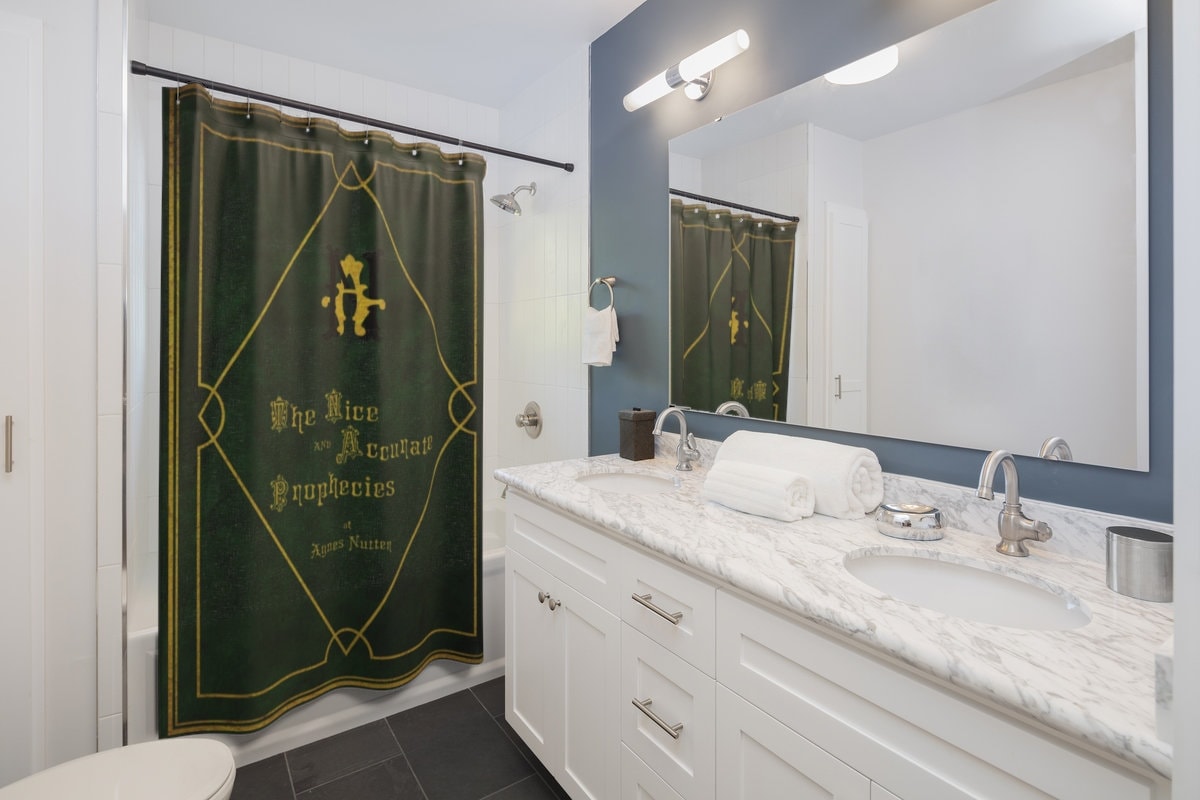 Make a bold statement! Expression of personality has no borders! These quality shower curtains with print will add original touch to the most intimate room of one's house.
.: 100% Polyester
.: One side print
.: Hooks not included
.: Dimensions: 71"x74"