To Serve Man, Square Pillow, References Vintage Twilight Zone Episode, From Military Patch
Coronavirus and shipping updates are on our About page.
FREE U.S. shipping on all items! Some items have FREE world-wide shipping!
All items are made in North America and Europe. 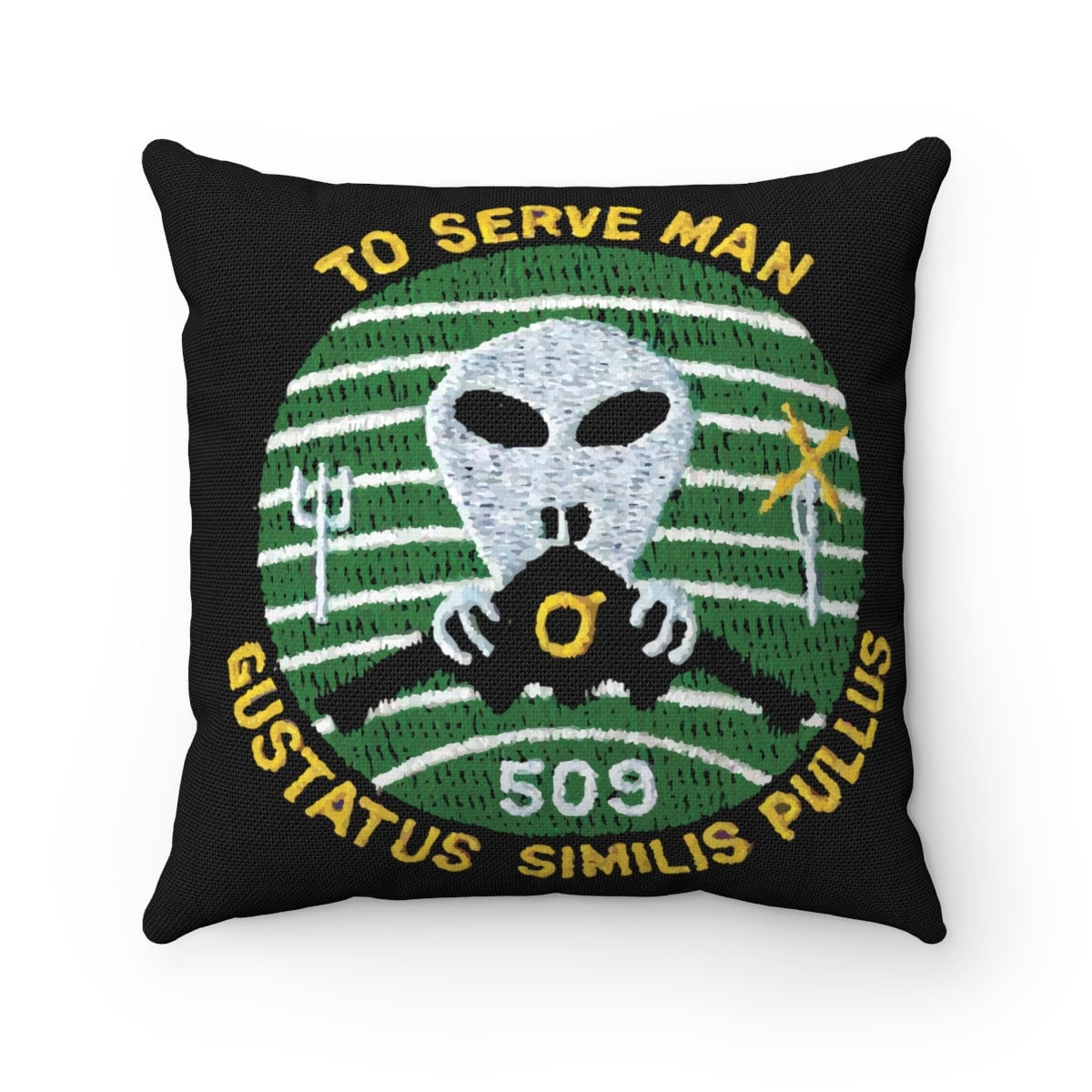 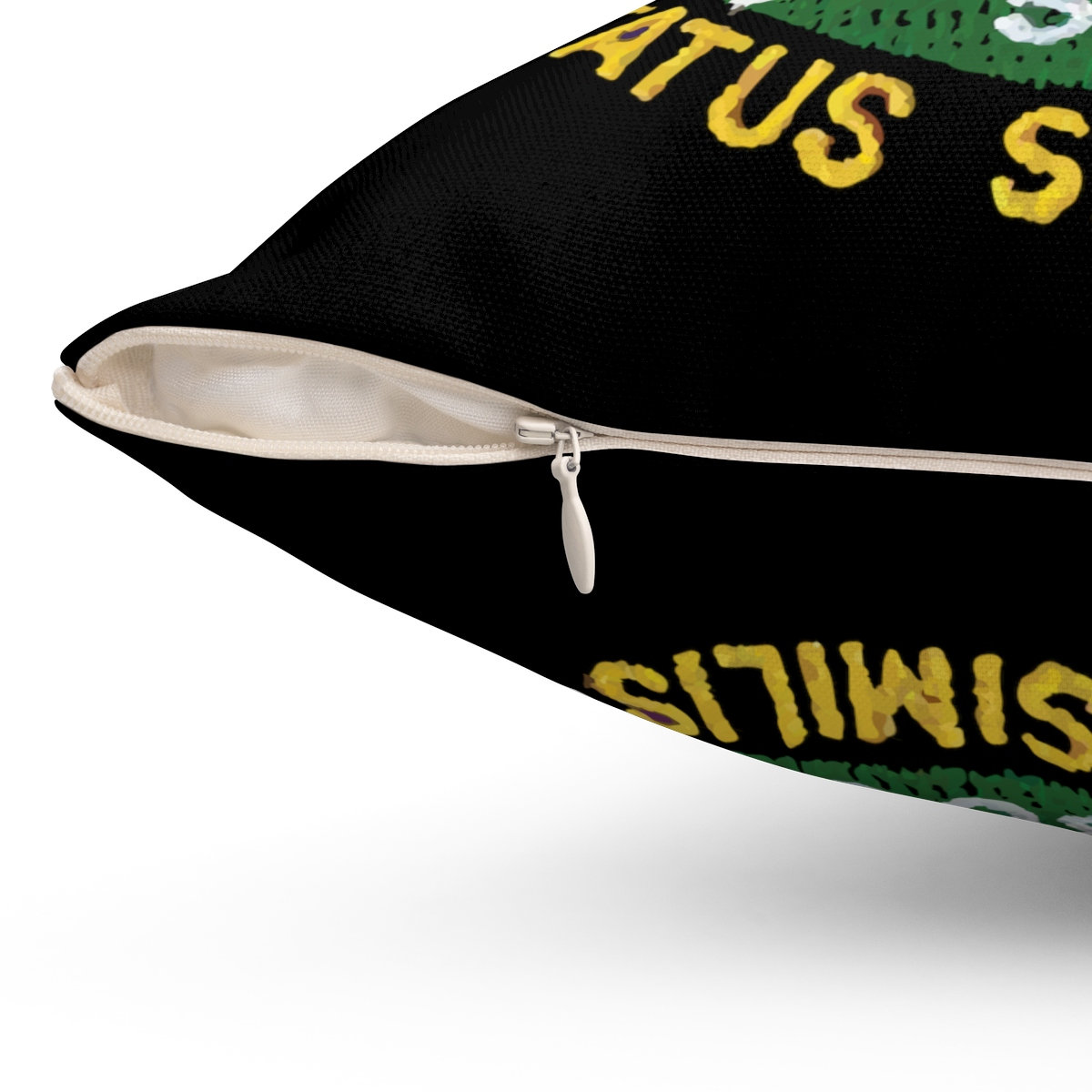