Number 42 Jersey, Unisex Ringer Tee, Inspired from Hitchhiker's Guide to The Galaxy
Coronavirus and shipping updates are on our About page.
FREE U.S. shipping on all items! Some items have FREE world-wide shipping! 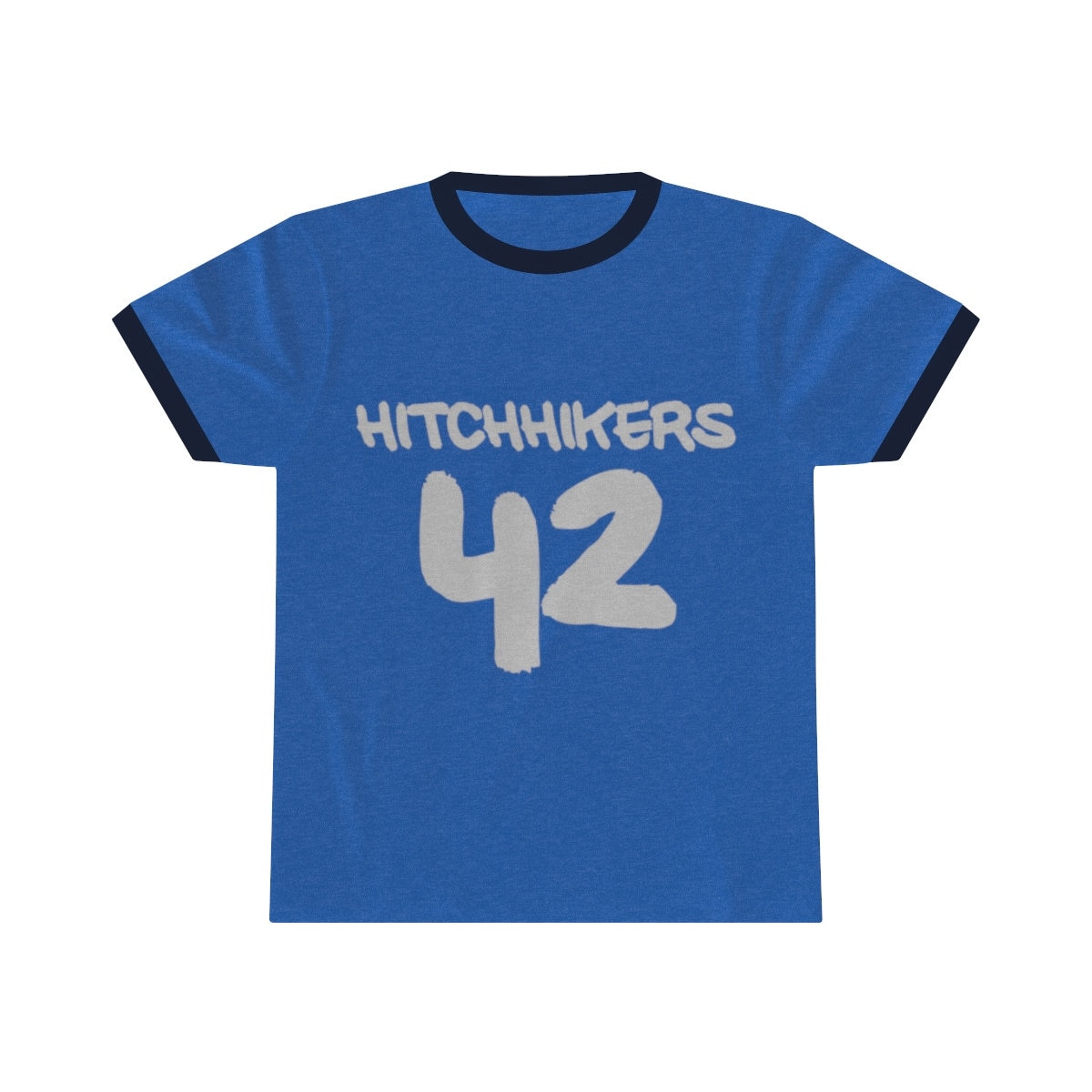 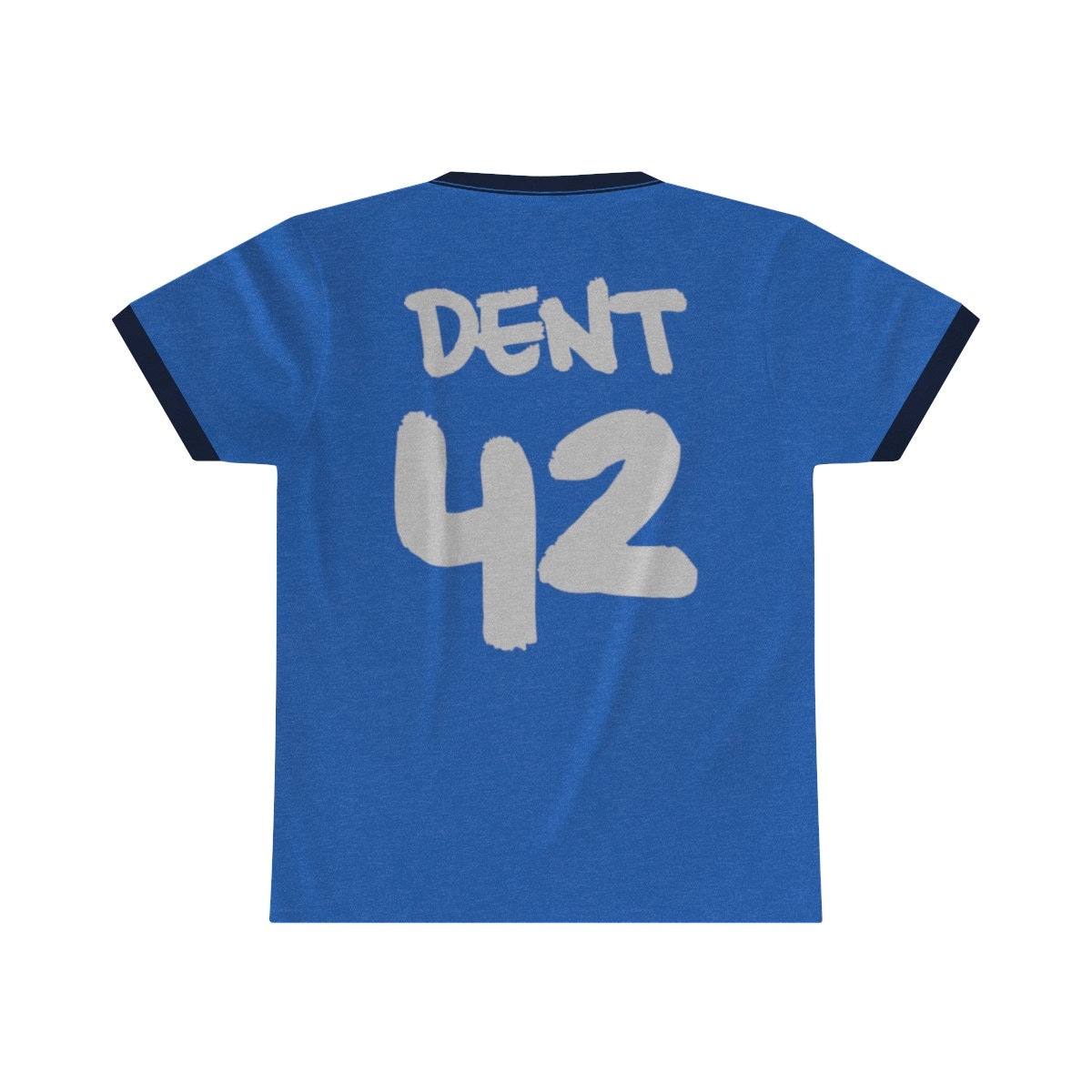 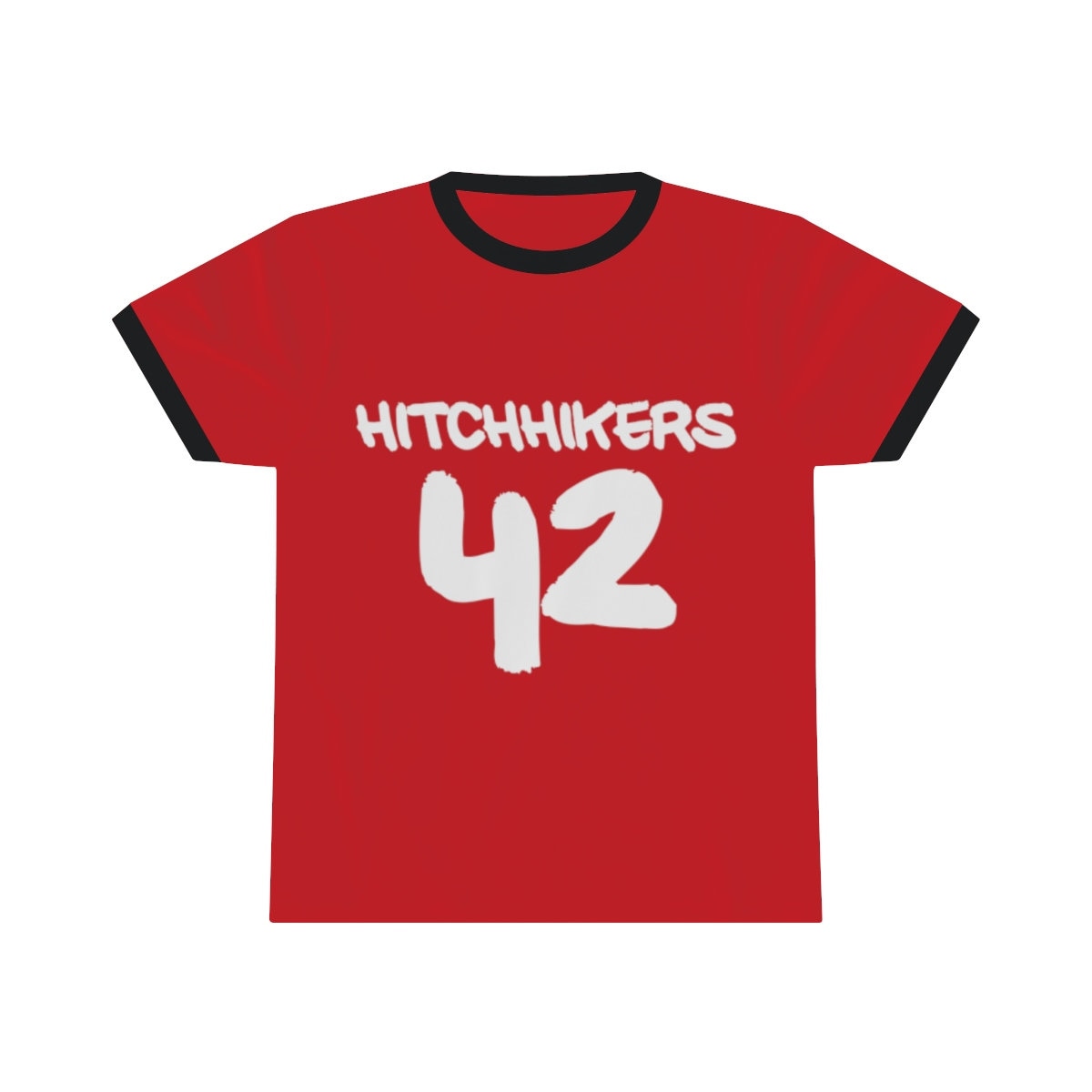 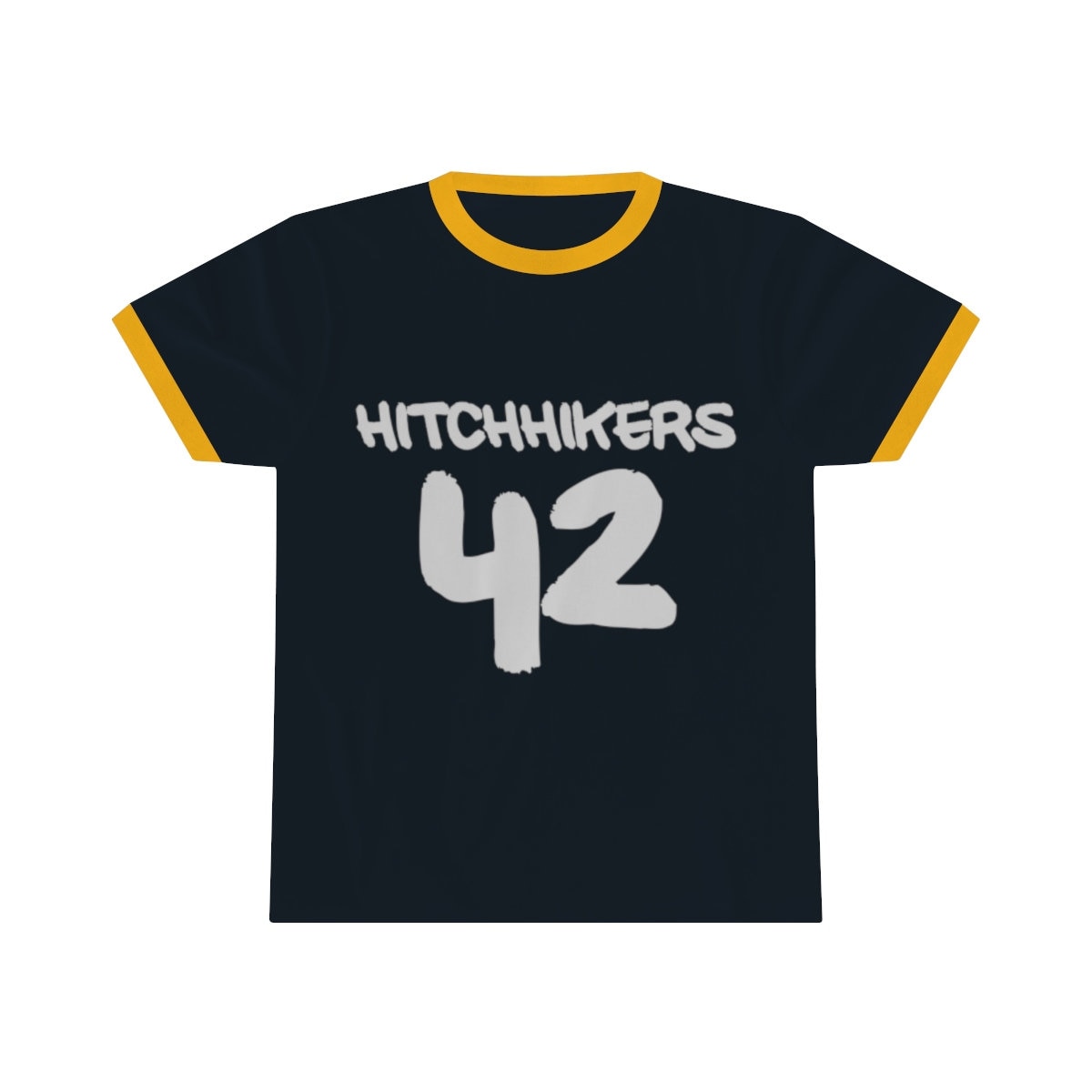 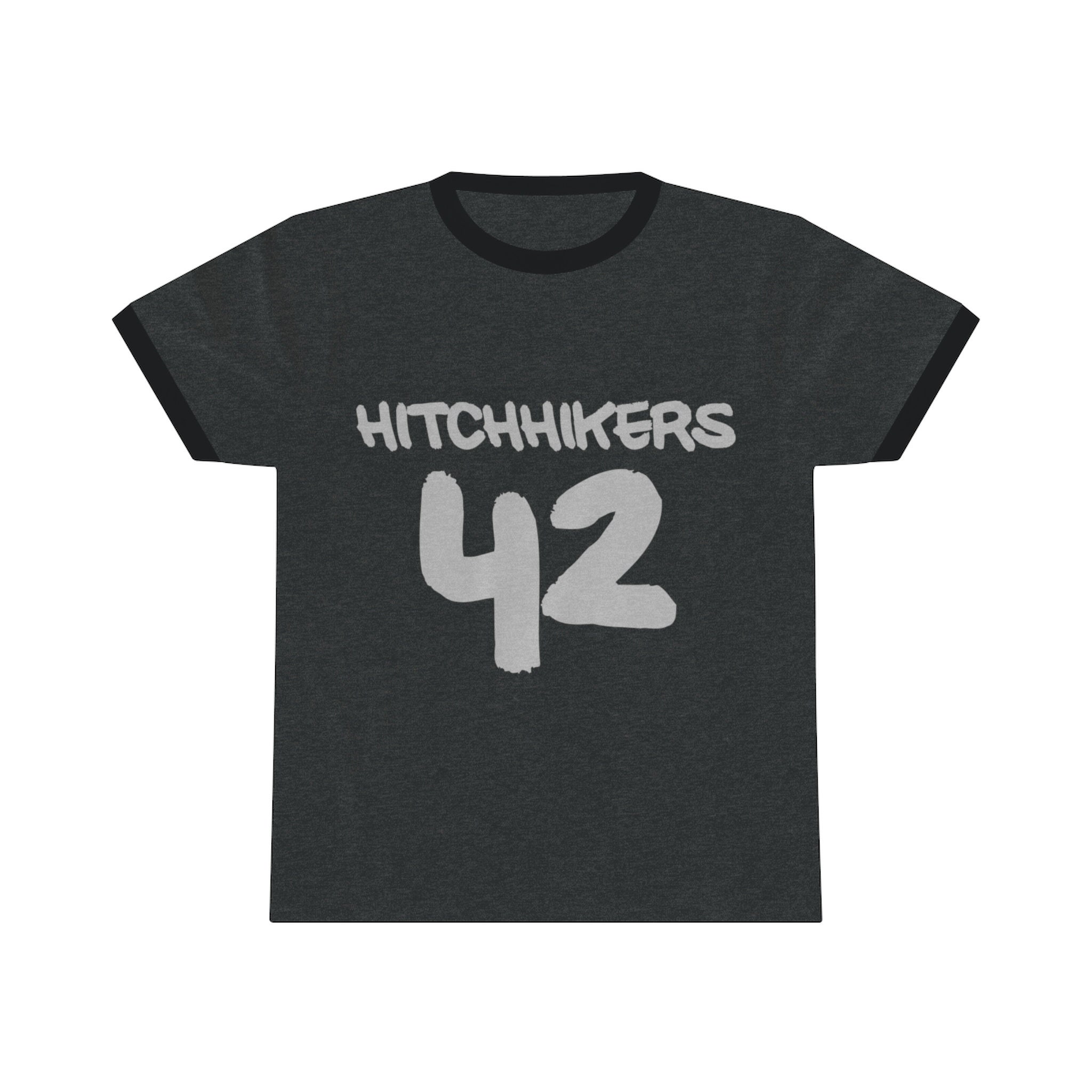 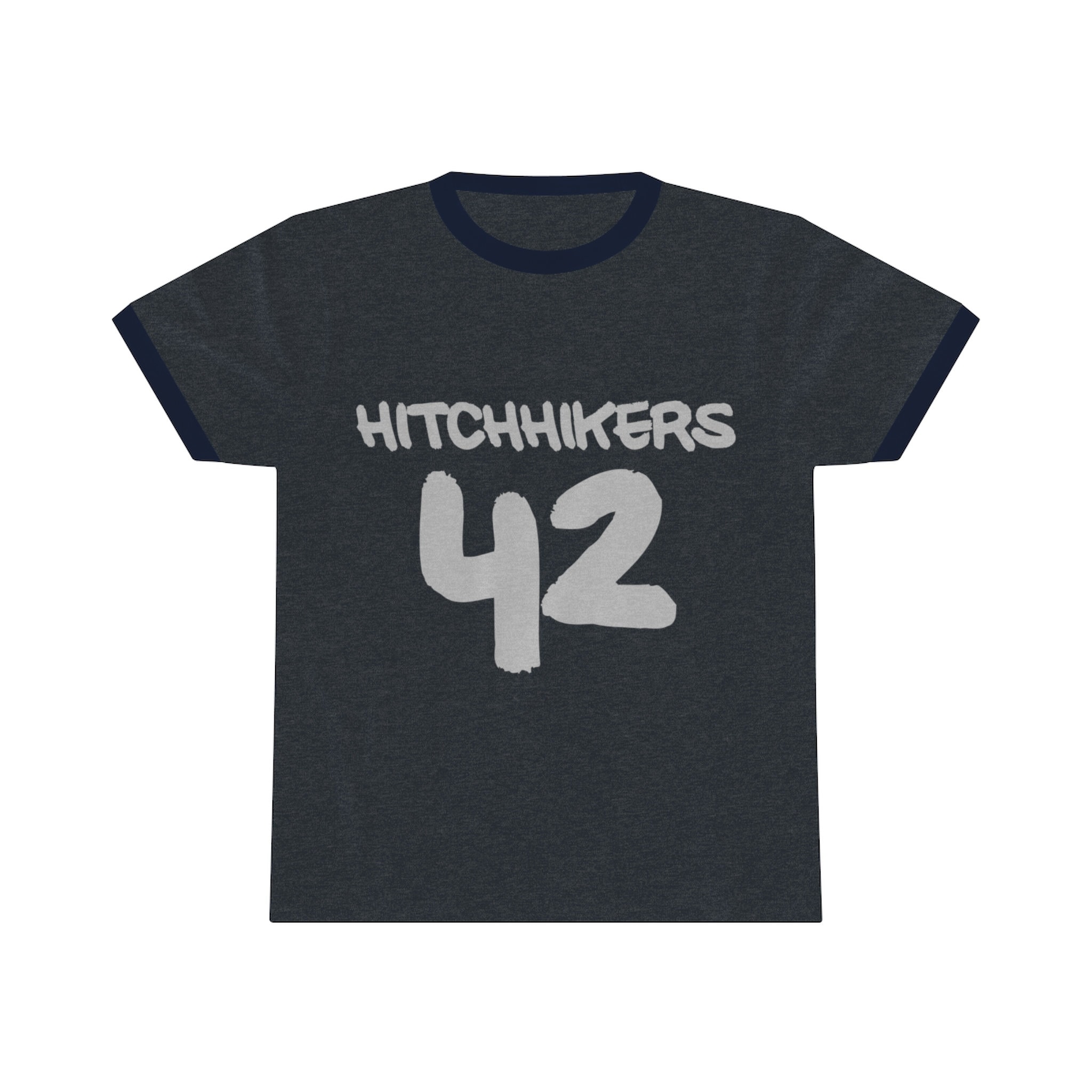 Design is inspired from the "Hitchhiker's Guide to The Galaxy" comedy book series by Douglas Adams and done in the style of a sports jersey, although it is actually a t-shirt.

The characters eventually meet Slartibartfast, who through archival recordings, relates the story of a race of hyper-intelligent pan-dimensional beings who built a computer named Deep Thought to calculate the Answer to the Ultimate Question of Life, the Universe, and Everything. When the answer was revealed to be 42, Deep Thought explained that the answer was incomprehensible because the beings didn't know what the Question they were asking actually was. -- Wikipedia

Revive the 'classic-cool' look in this Unisex Ringer Tee! Available with a variety of base and accent colors, this light weight (5.4oz) T shirt is a summer-time must have purely for its versatility! Make heads turn as you hit the boardwalk or hit the gym. This shirt is for everyone!
.: Regular fit
.: 100% Cotton (fiber content may vary for different colors)
.: Light fabric (5.4 oz/yd² (183 g/m²))
.: Tear away label