It's Just A Flesh Wound, Unisex Sponge Fleece Pullover Hoodie, Black Knight, Inspired From Monty Python
FREE U.S. shipping on all items! Some items have FREE world-wide shipping!
All items are made in the U.S., Canada or Europe. 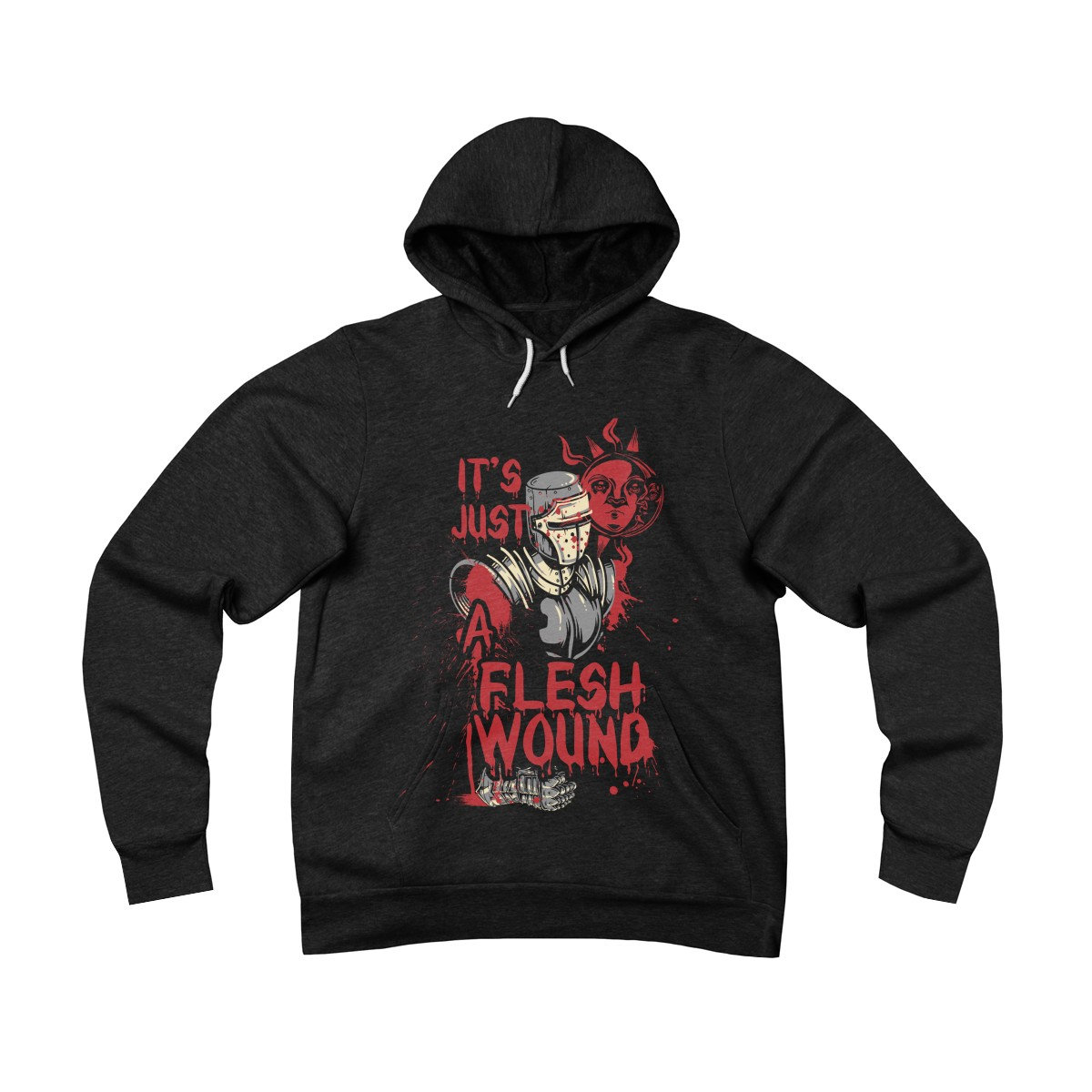 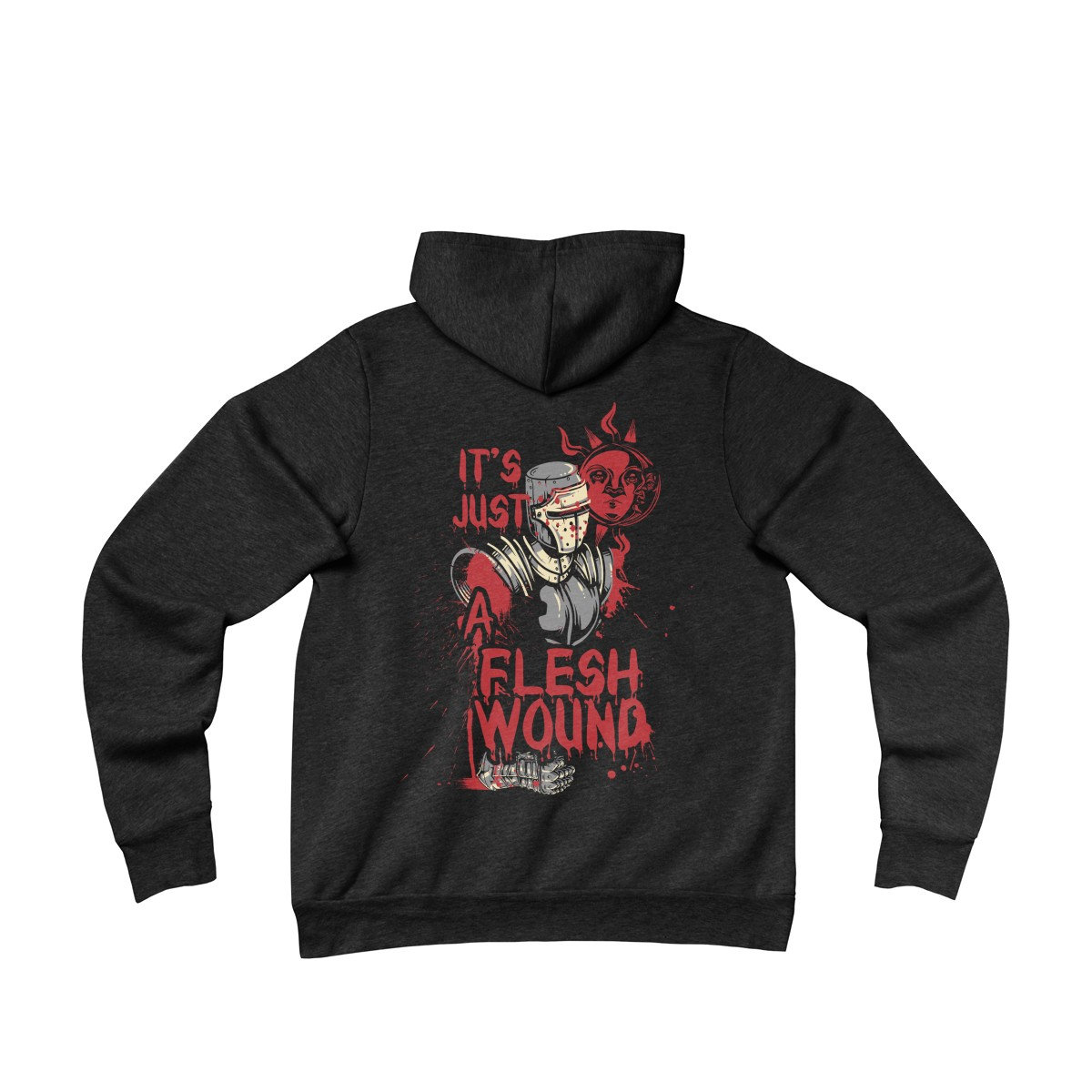 This pullover hoodie is markedly soft, unisex with a loose fit that is versatile and lends itself to daily wear. Spun from a plush fabric that is made up of cotton and polyester fibers, this hoodie features an up-to-date fit, hood with white draw-cords, kangaroo pocket, ribbed cuffs and waistband.
.: Retail fit
.: 52% combed ring-spun cotton; 48% polyester (fiber content may vary for different colors)
.: Medium fabric (6.5 oz/yd² (210 g/m²))
.: Sewn in label
.: Runs true to size
To find your size. lay out a hoodie, that you know fits, flat onto a table top to measure.