Lion Rampant of Scotland 22oz Beer Stein, Scotland, Scottish Pride
Coronavirus and shipping updates are on our About page.
FREE U.S. shipping on all items! Some items have FREE world-wide shipping!
All items are made in North America and Europe. 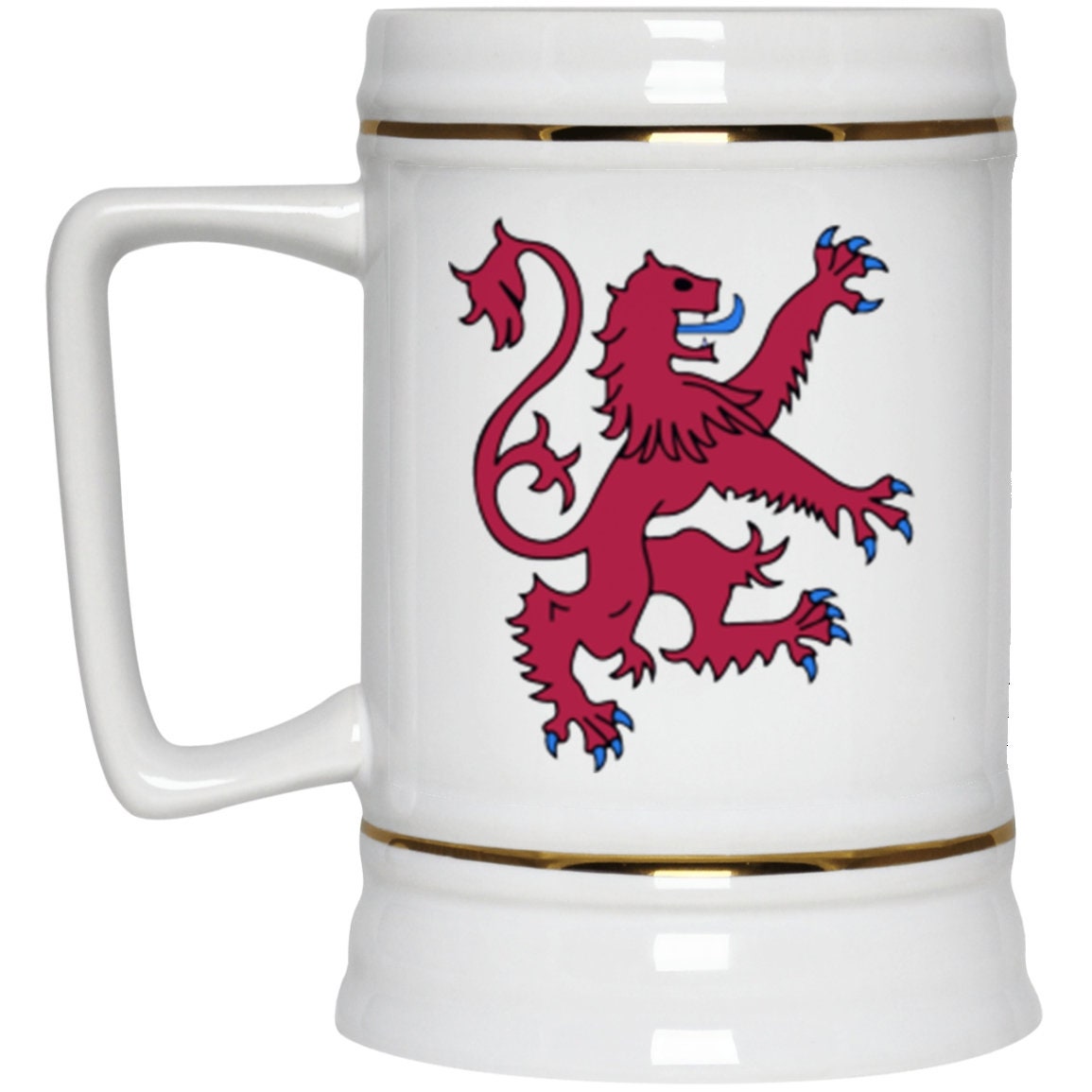 Design is the red lion rampant from the Royal Flag of Scotland.

Please note: The design is on the left side as pictured. It is also on the right side, but reversed. Both lions are facing the center. The center is blank.