Scotland Forever! 22oz. Beer Stein, Charge of the Royal Scots Greys, Battle of Waterloo, Military History
Coronavirus and shipping updates are on our About page.
FREE U.S. shipping on all items! Some items have FREE world-wide shipping! 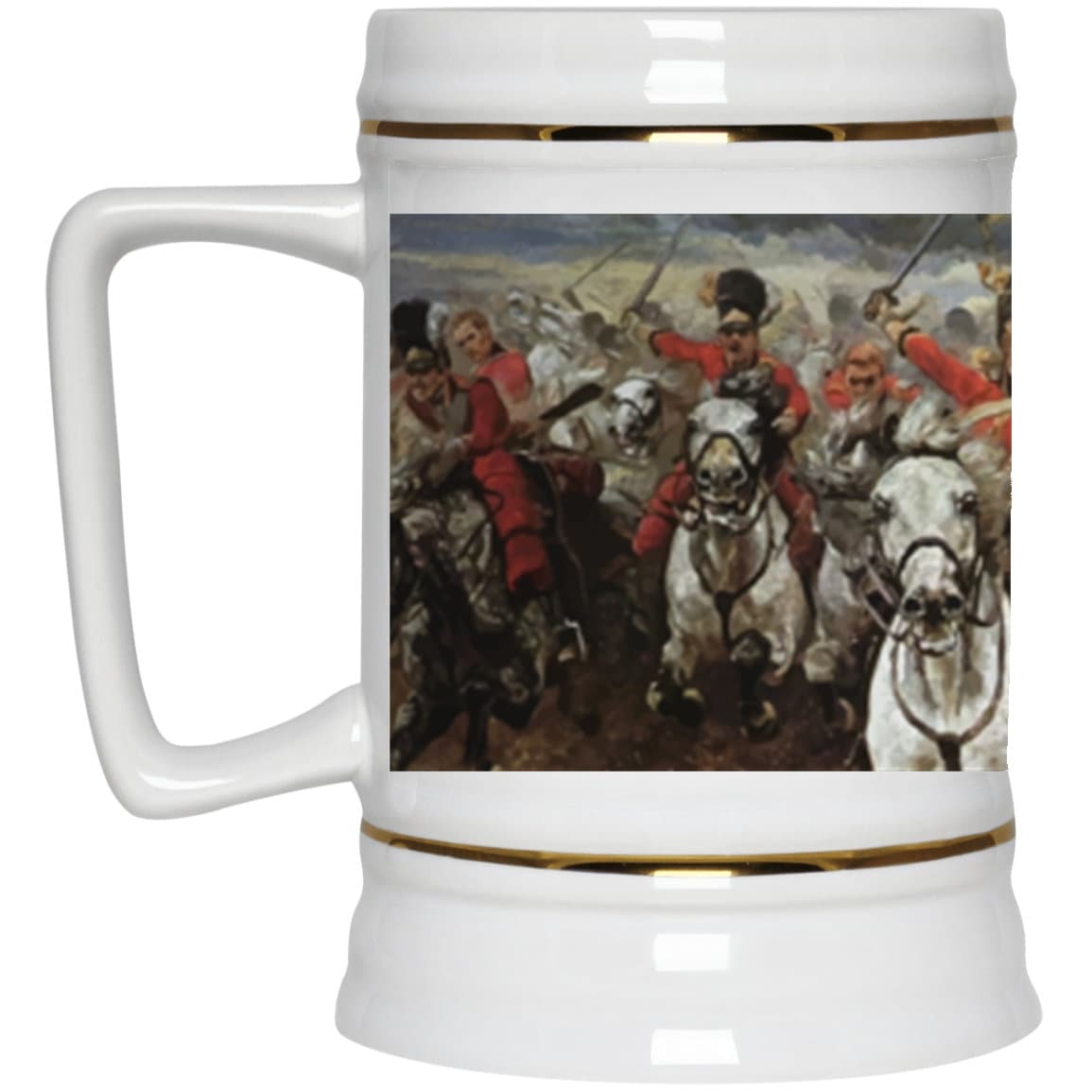 Design is from a painting called Scotland Forever!, an 1881 oil painting by Lady Butler (Elizabeth Thompson) depicting the start of the charge of the Royal Scots Greys, a British cavalry regiment that fought at the Battle of Waterloo in 1815. The title comes from the battle cry of the soldiers - the Greys called "Now, my boys, Scotland forever!" as they charged. -- Wikipedia

For some reason, this painting is also used in many stories online to represent the Charge of the Light Brigade, from the Battle of Balaclava, during the Crimean war, in 1854. :-(

Please note: The design is a single image across the face of the beer stein. It can be seen in its entirety in the second image.