Lion Rampant of Scotland 9x6 Vegan Leather Clutch Bag, Scottish Pride
Coronavirus and shipping updates are on our About page.
FREE U.S. shipping on all items! Some items have FREE world-wide shipping! 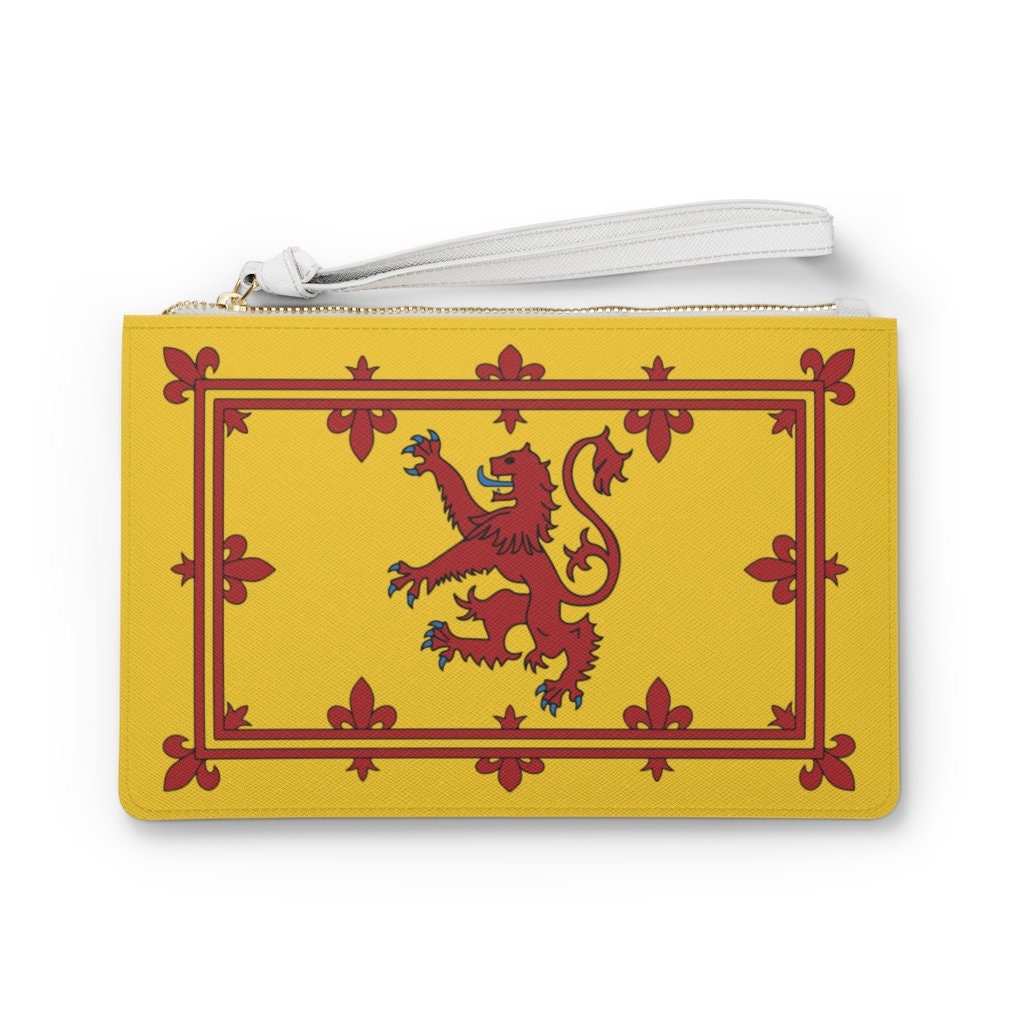 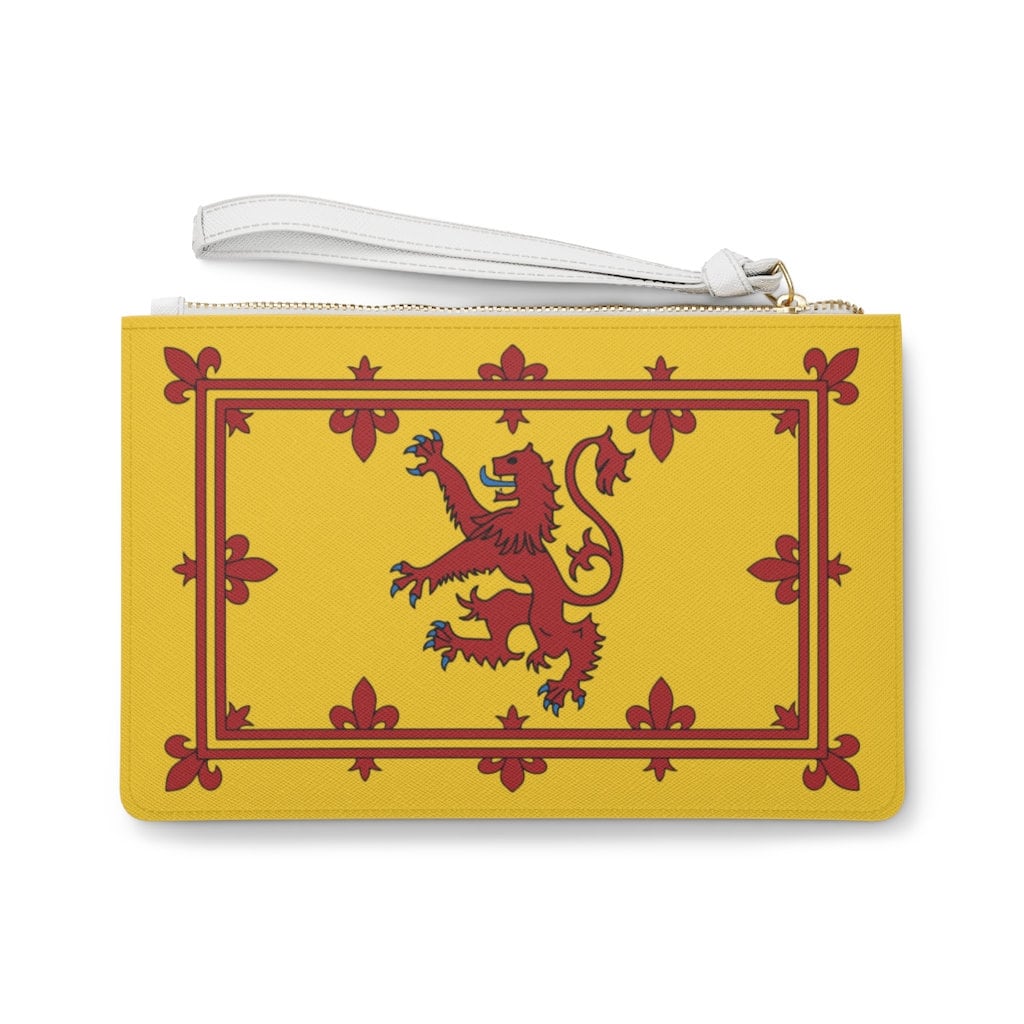 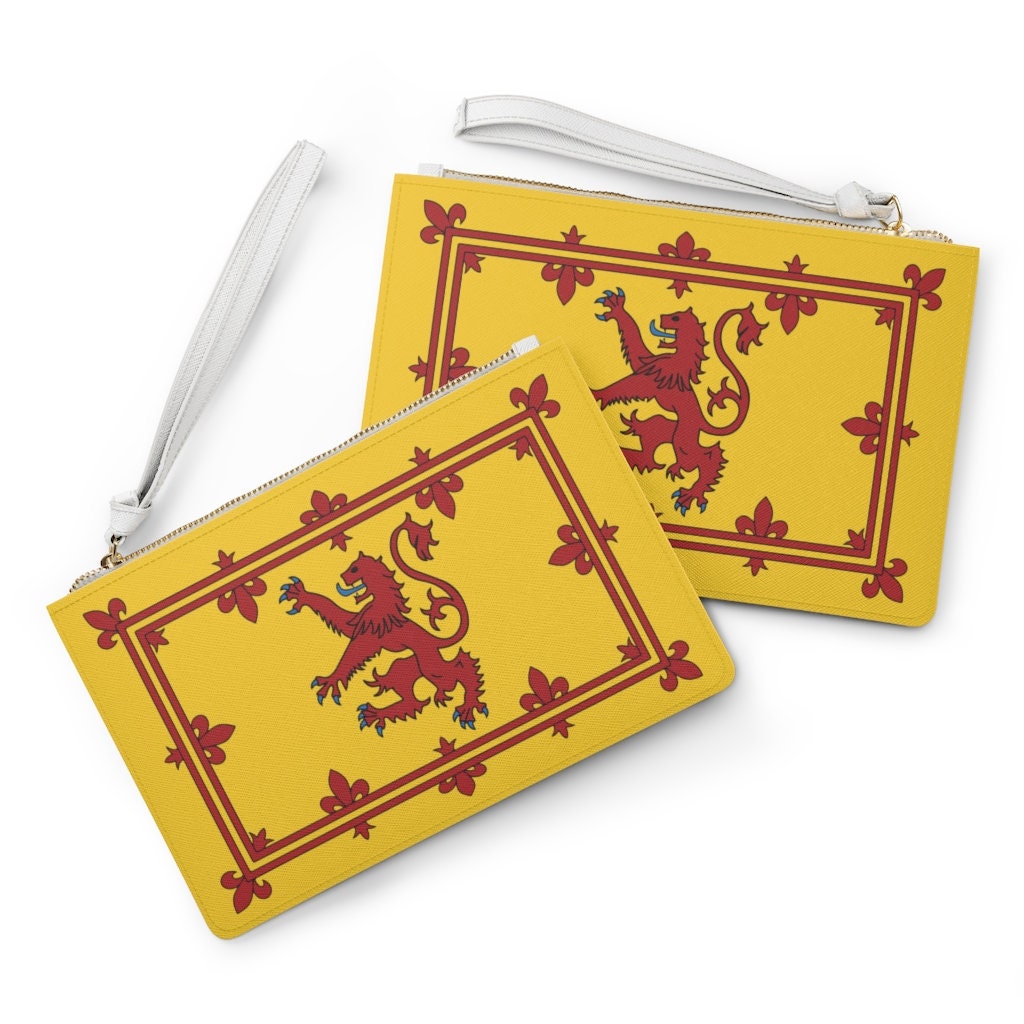 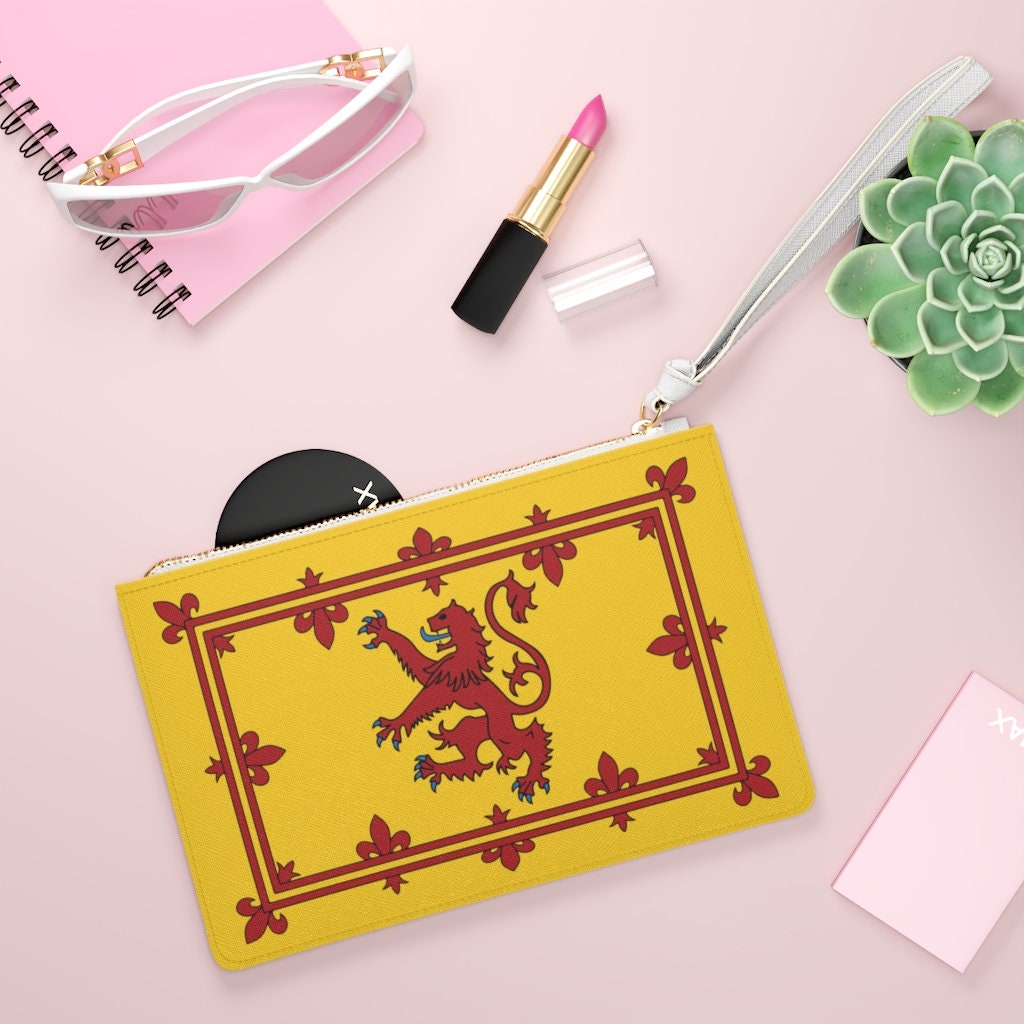 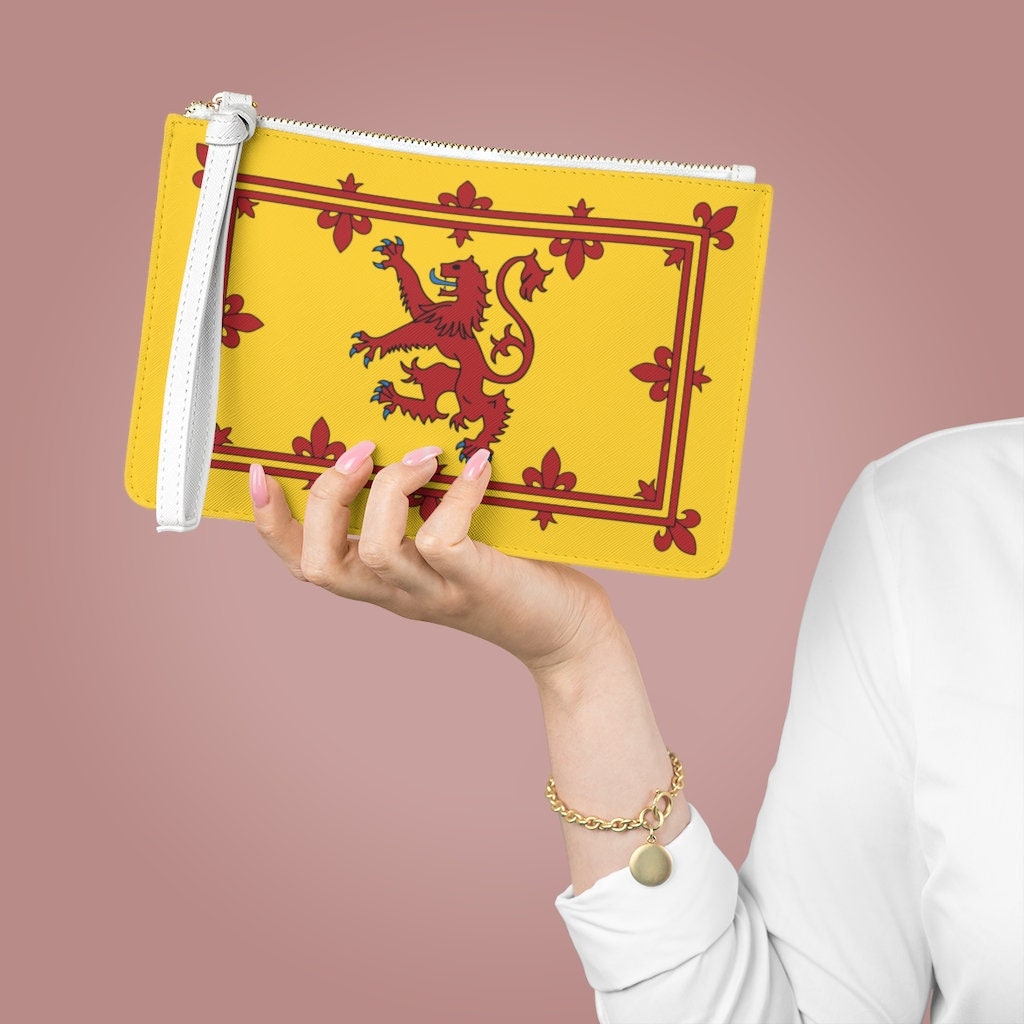 Design is from the royal banner of Scotland.

Designed with a loop handle to quickly free your hands, this custom clutch bag is made for the fashionista on the go. It can hold everyday essentials such as a phone, wallet, and keys. It features a zip fastening and a fully lined internal pocket. It is made of vegan leather in the Saffiano pattern finish that was invented by Prada.