Lion Rampant of Scotland, 18x21 Indoor Wall Pennant. The Royal Banner Of Scotland, Scottish Pride
Coronavirus and shipping updates are on our About page.
FREE U.S. shipping on all items! Some items have FREE world-wide shipping! 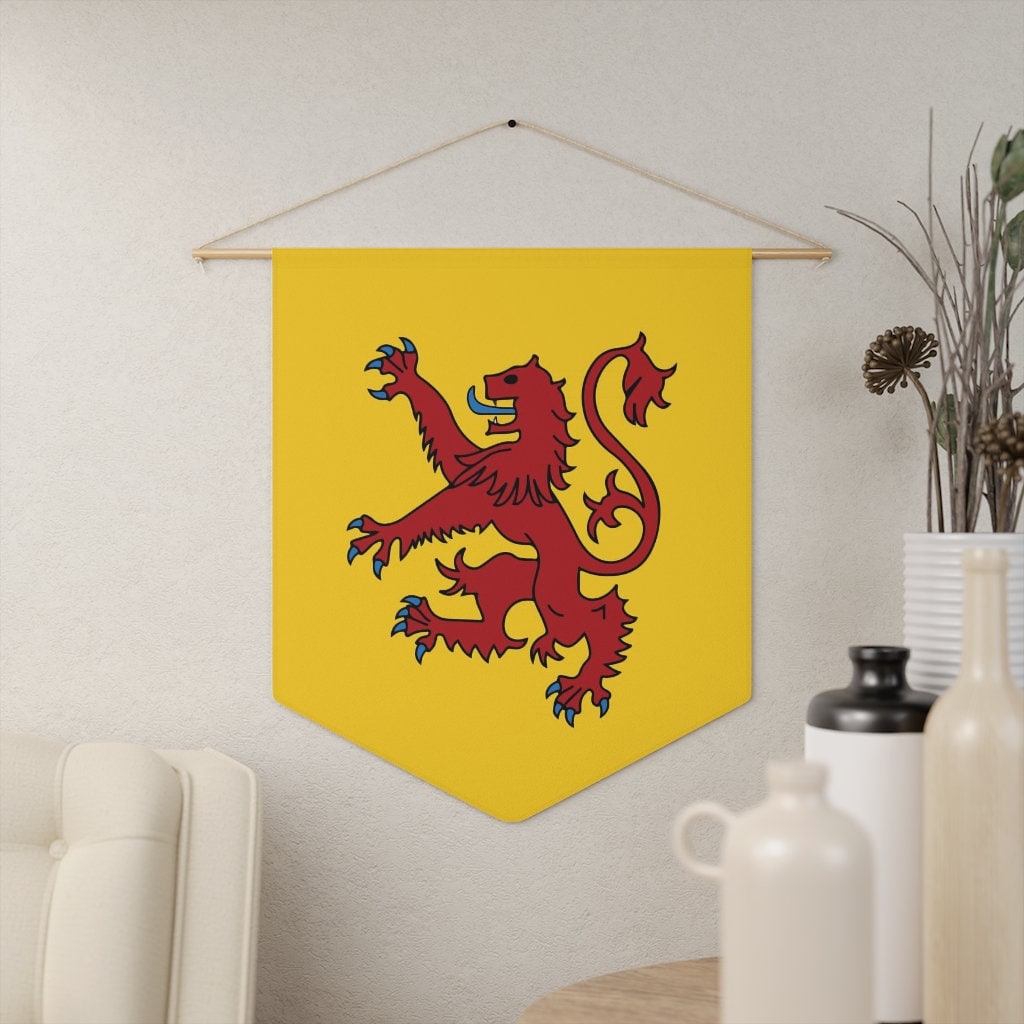 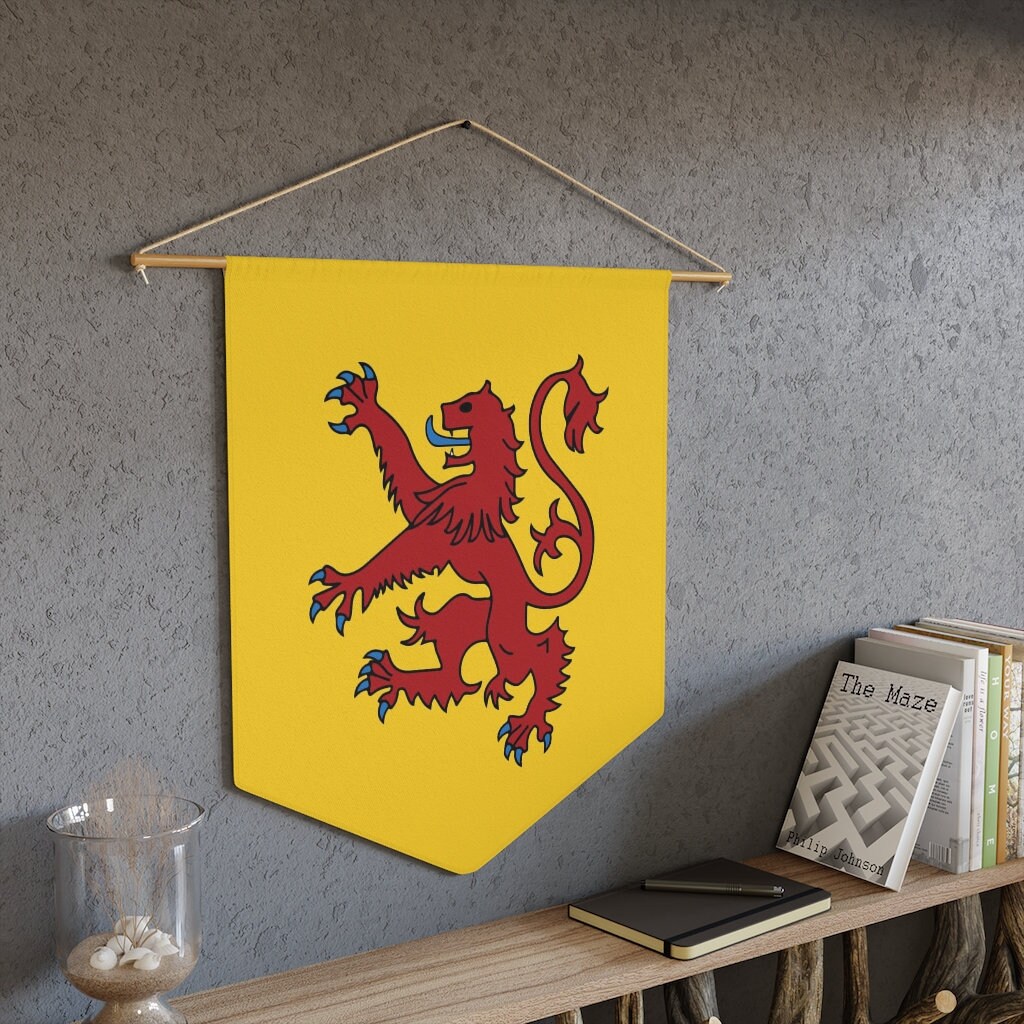 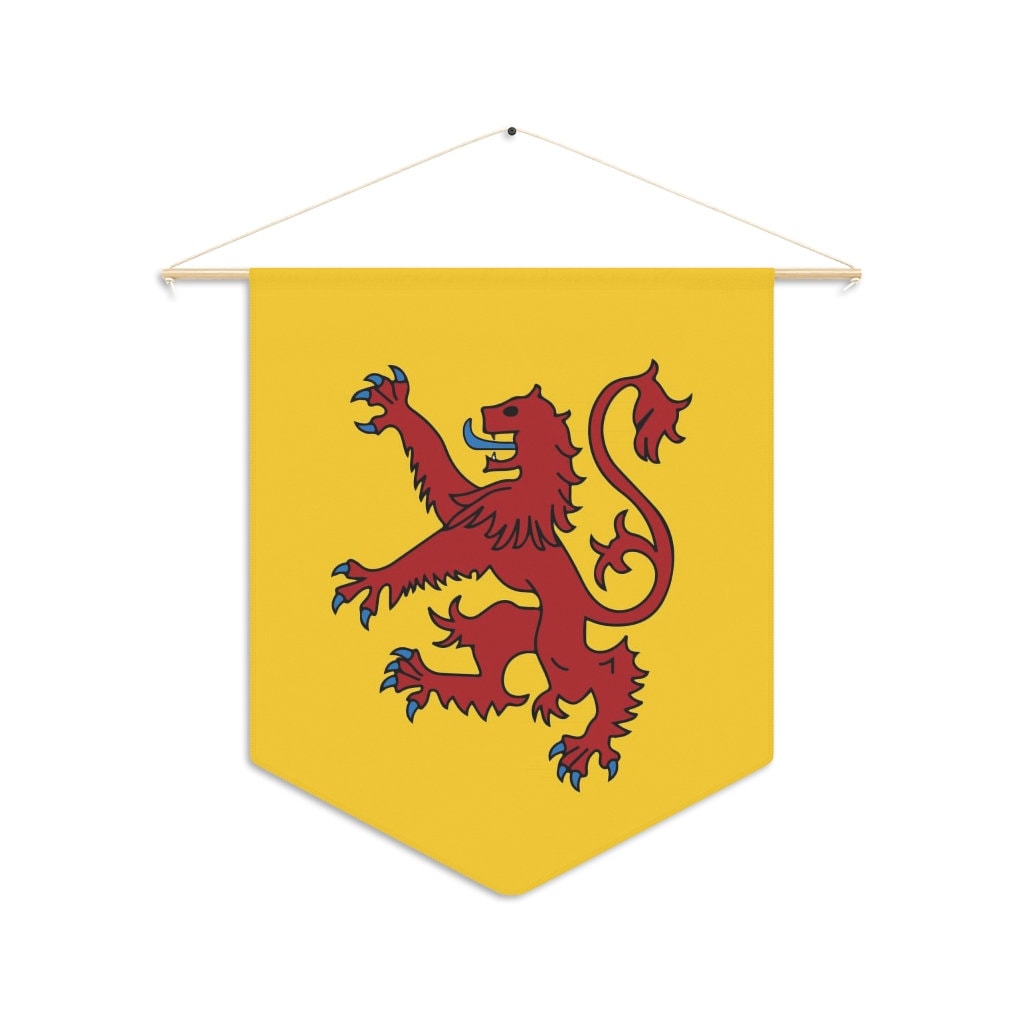 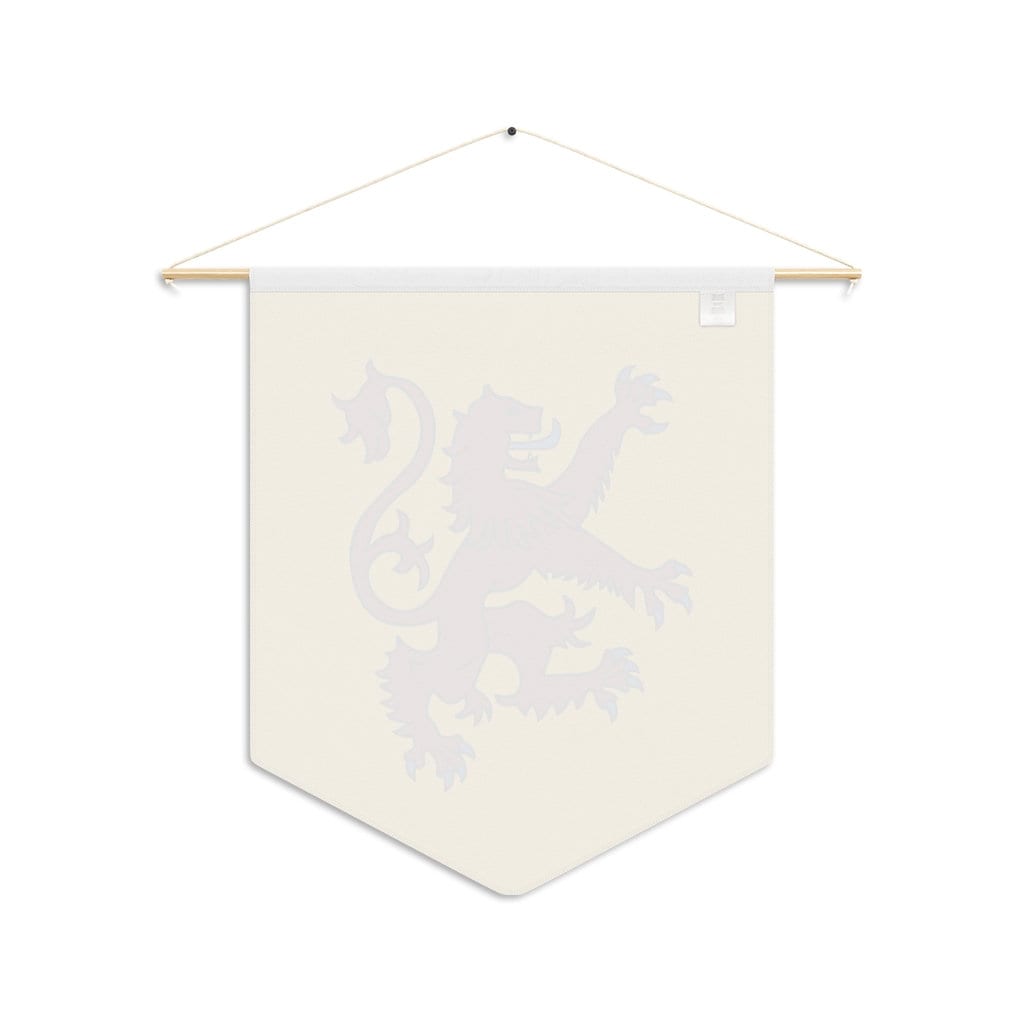 These pennants are made to uplift any room with a touch of character. Each pennant comes with a wooden dowel for easy hanging. They're lightweight and highly durable for decor that looks stunning in the long run.
.: 100% Poly Twill
.: Dimensions: 18" × 21" (45.7cm × 53.3cm )
.: One sided print
.: Comes with a wood dowel and twine frame

Hemmed edges - The product is sewn around the edges, making it durable and long-lasting.

Wooden dowel and twine frame - The wooden dowel keeps your product neatly straightened while the twine frame lets you hang the pennant anywhere you like.