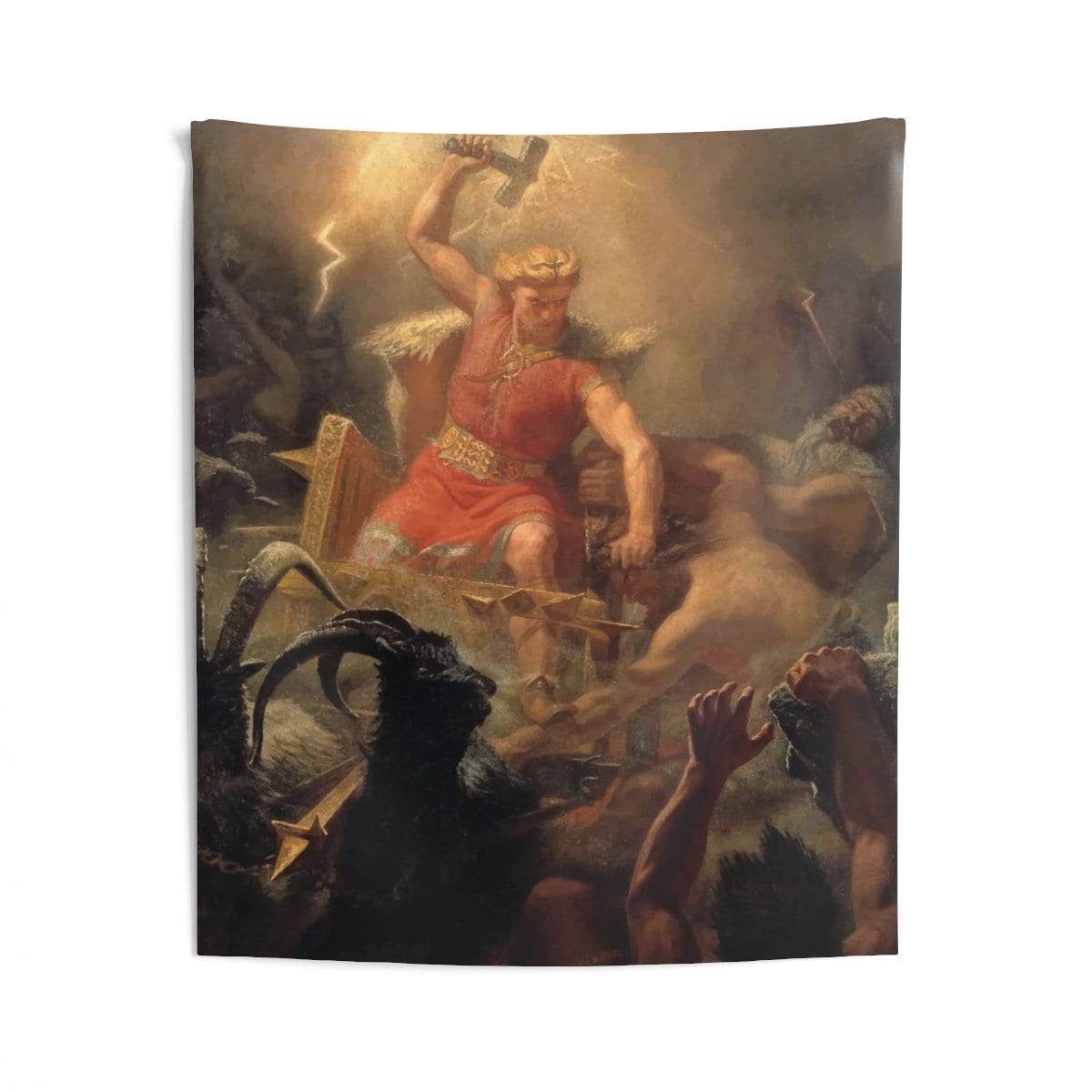 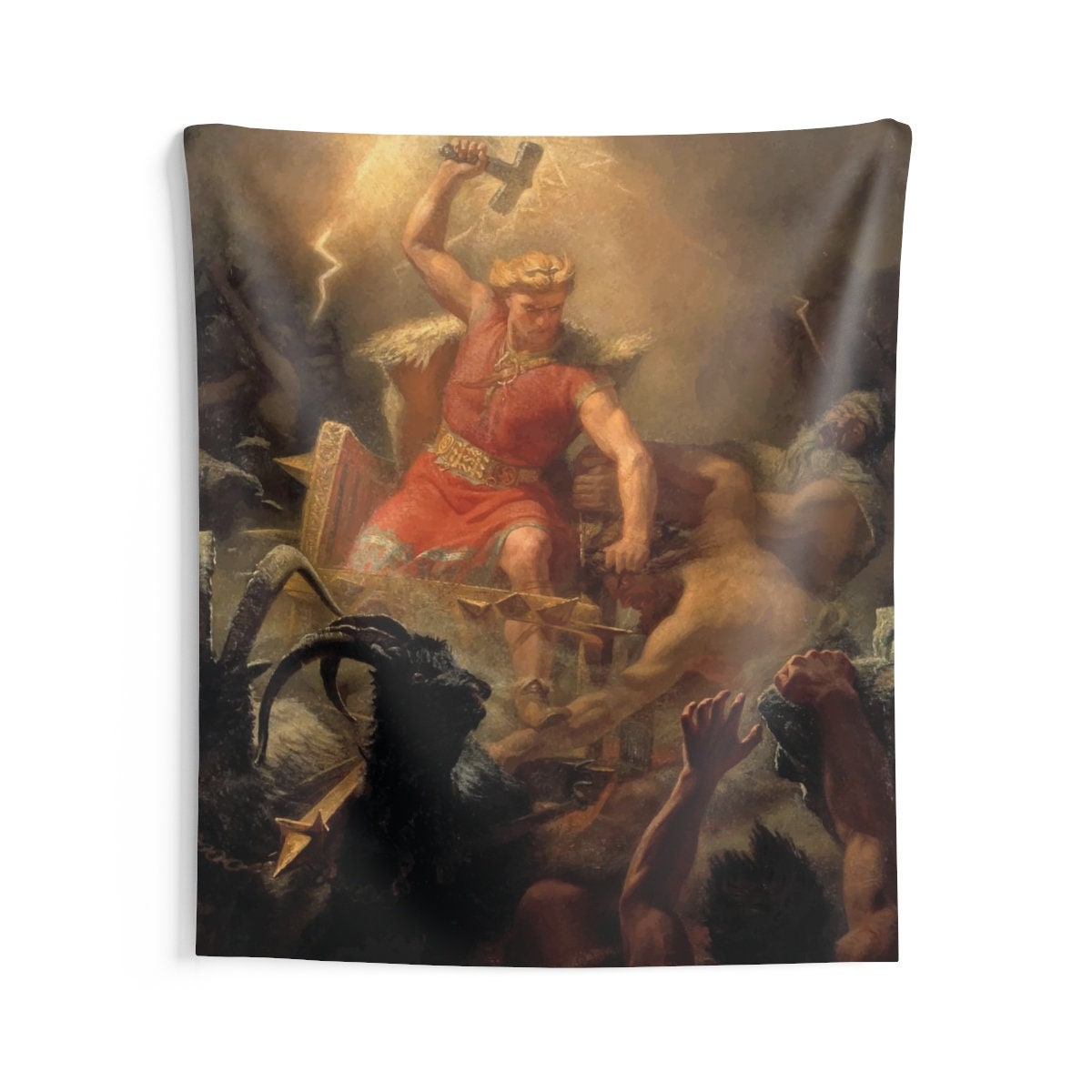 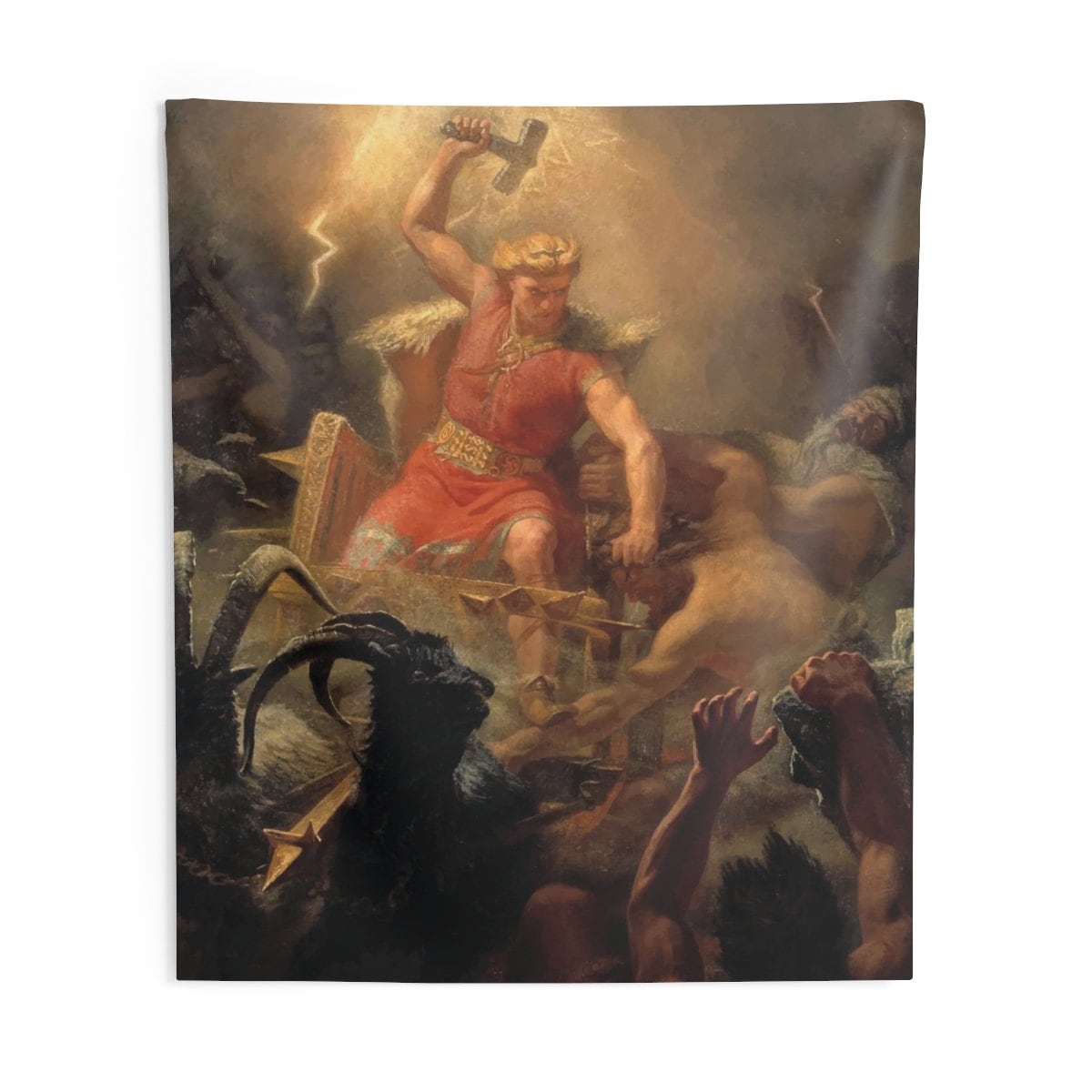 In this painting by Marten Eskil Winge, Thor is riding his chariot pulled by two goats and is swinging his hammer, Mjölnir, at his enemy, the Giants.

In Norse mythology, Thor is a hammer-wielding god associated with thunder, lightning, storms, oak trees, strength, the protection of mankind and also hallowing and fertility. He often rides into battle in a chariot pulled by two goats.

Tanngrisnir (Old Norse "teeth-barer, snarler") and Tanngnjóstr (Old Norse "teeth grinder") are the goats who pull the god Thor's chariot. They are mentioned in the Poetic Edda, compiled in the 13th century from earlier traditional sources, and the Prose Edda, written by Snorri Sturluson in the 13th century. The Prose Edda relates that when Thor cooks the goats, their flesh provides sustenance for the god, and, after Thor resurrects them with his hammer, Mjölnir, they are brought back to life the next day.

Mjölnir is the hammer of Thor, the Norse god associated with thunder. Mjölnir is depicted in Norse mythology as one of the most fearsome and powerful weapons in existence, capable of leveling mountains. In its account of Norse mythology, the Prose Edda relates how the hammer's characteristically short handle was due to a mistake during its manufacture. Similar hammers, such as Ukonvasara, were a common symbol of the god of thunder in other North European mythologies.