Lion Rampant of Scotland v1, Black 15oz Ceramic Mug, Royal Banner of the Royal Arms of Scotland, Coffee, Tea
Coronavirus and shipping updates are on our About page.
FREE U.S. shipping on all items! Some items have FREE world-wide shipping! 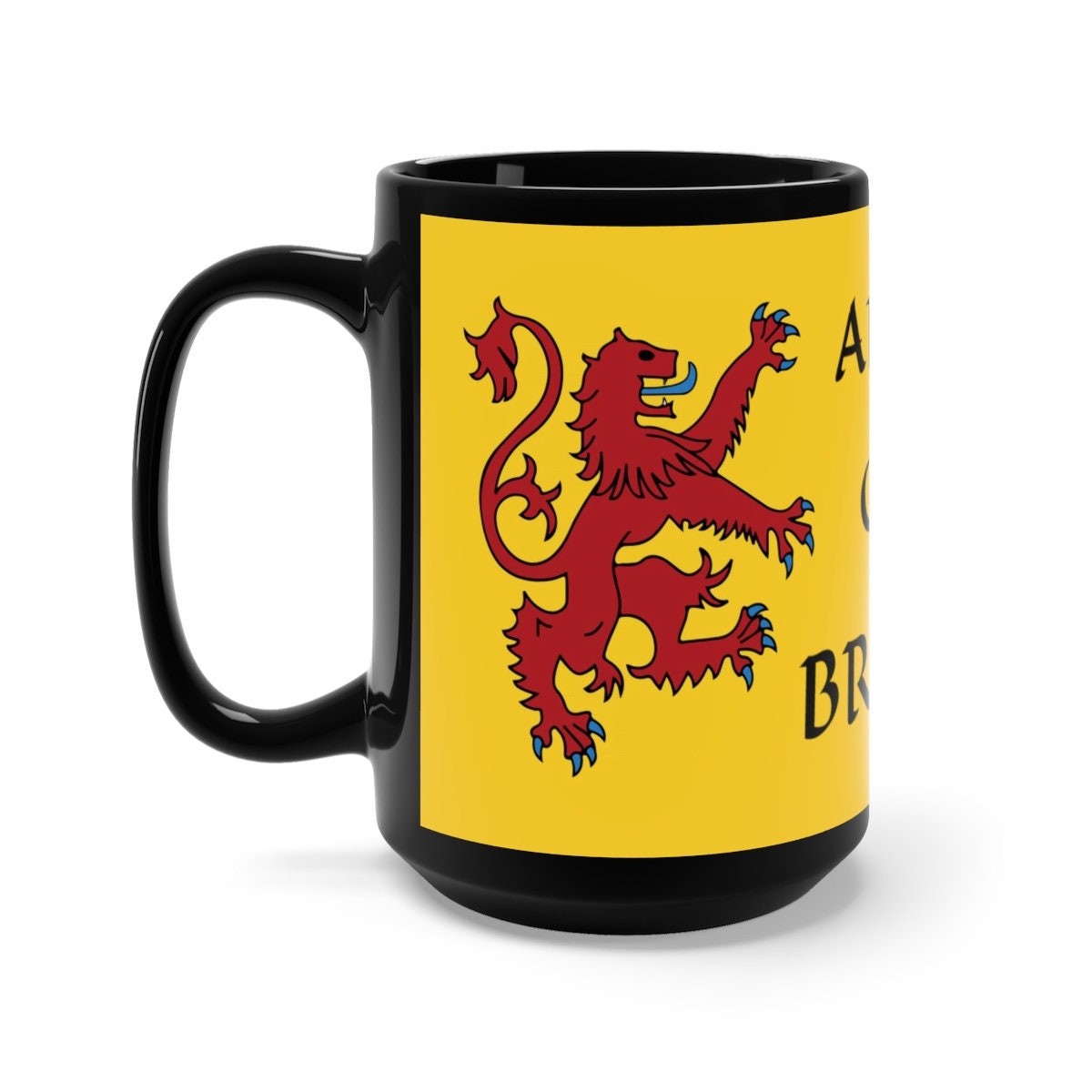 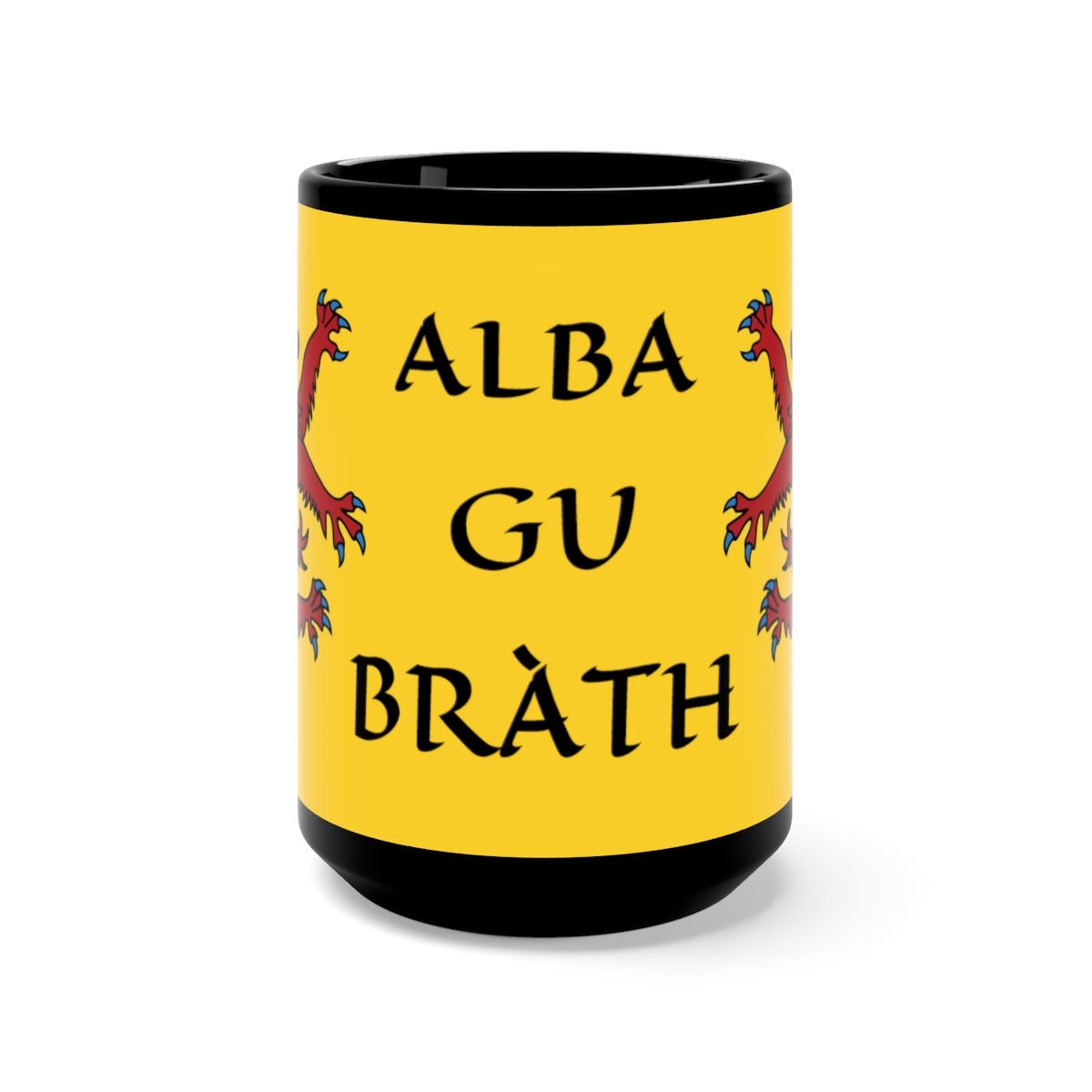 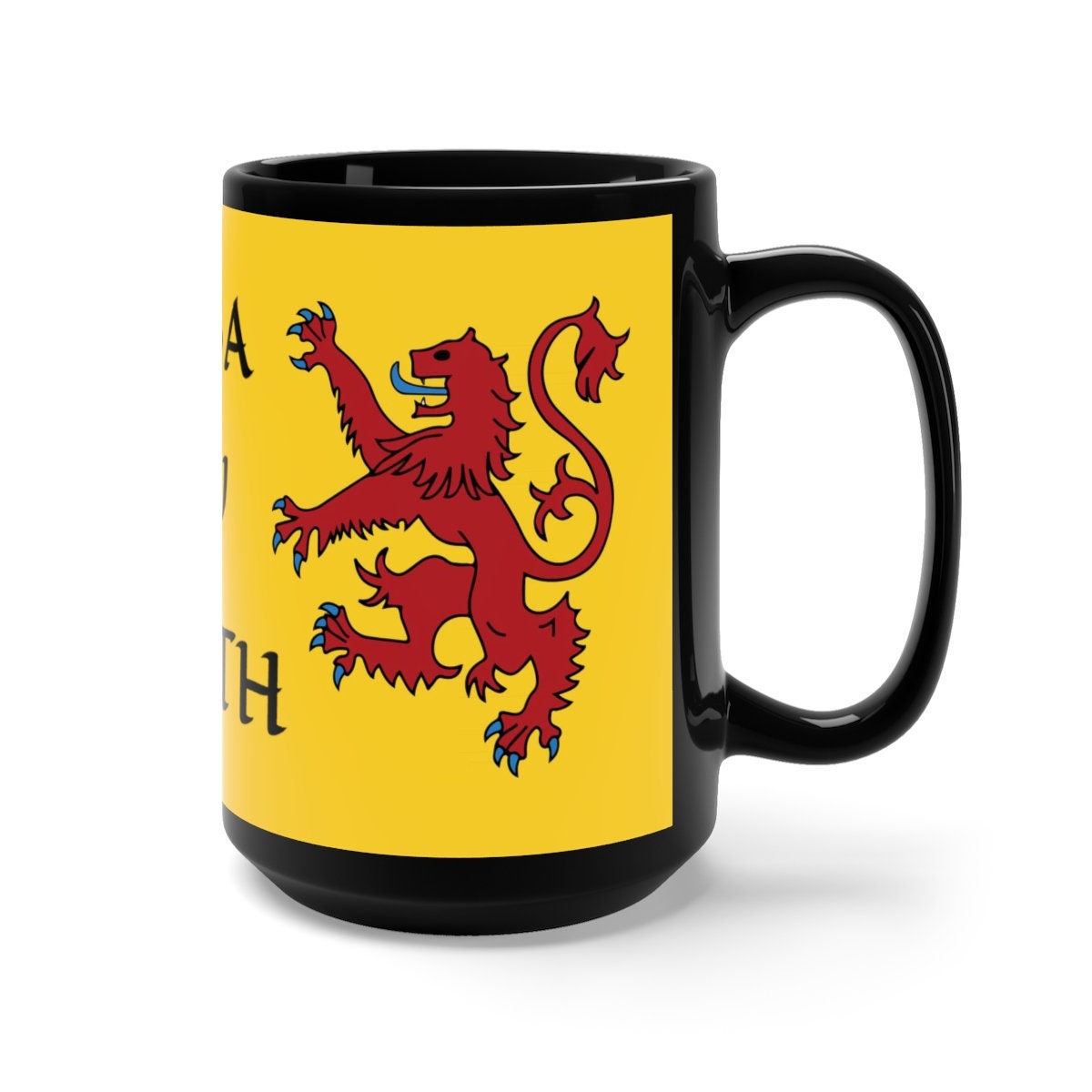 Alba gu bràth is a Scottish Gaelic phrase used to express allegiance to Scotland. Idiomatically it translates into English as "Scotland forever", though the literal meaning of gu bràth in Gaelic is 'until Judgment'.