Liberty Leading The People, Shower Curtain, Vintage, Antique Painting, Delacroix, 1830
FREE U.S. shipping on all items! Some items have FREE world-wide shipping!
All items are made in North America and Europe. 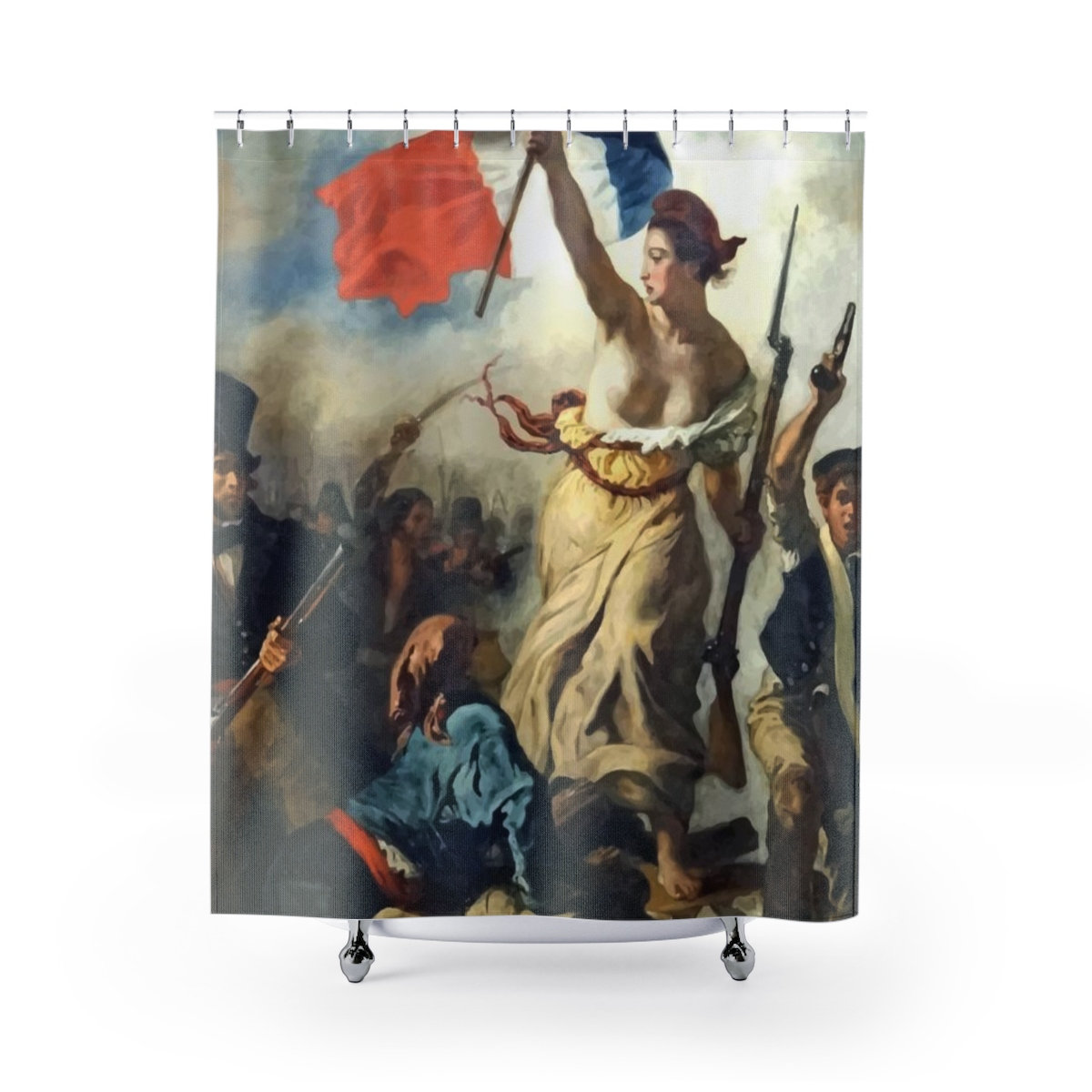 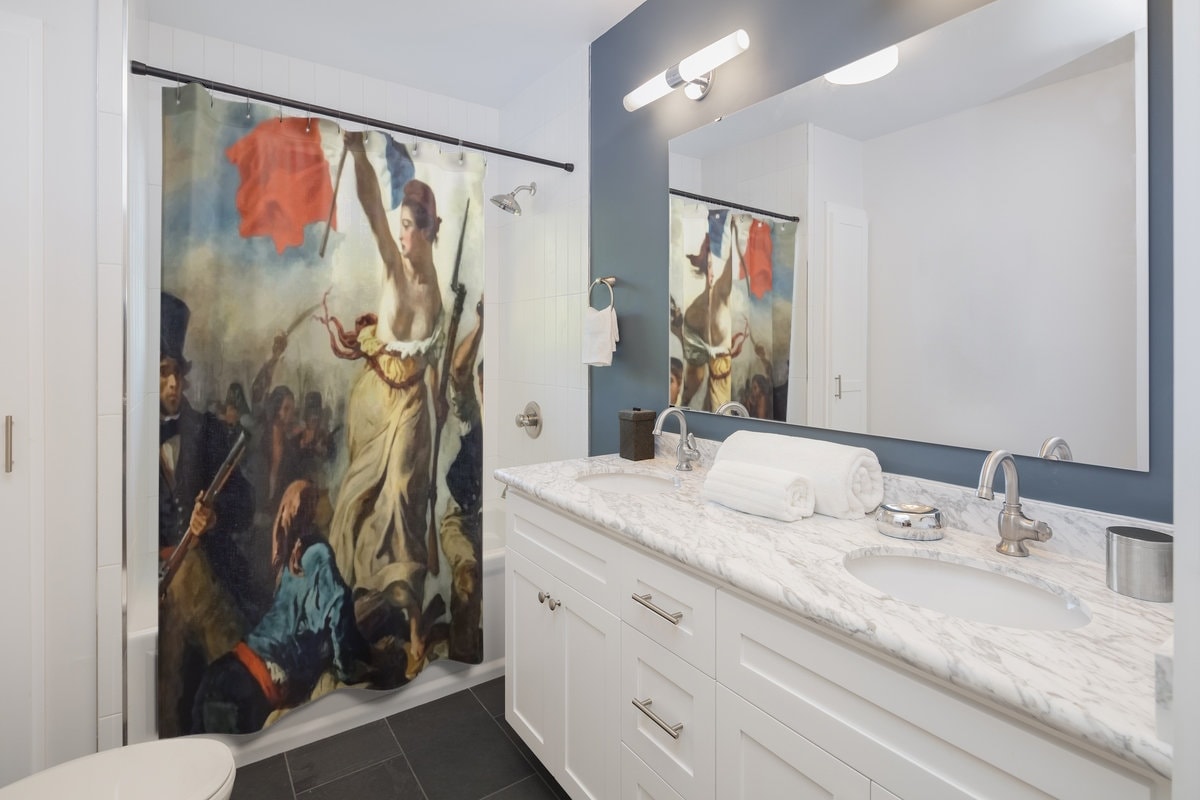 Liberty Leading the People is a painting by Eugène Delacroix commemorating the July Revolution of 1830, which toppled King Charles X of France. A woman of the people with a Phrygian cap personifying the concept of Liberty leads the people forward over a barricade and the bodies of the fallen, holding the flag of the French Revolution – the tricolor, which again became France's national flag after these events – in one hand and brandishing a bayoneted musket with the other. The figure of Liberty is also viewed as a symbol of France and the French Republic known as Marianne. -- Wikipedia

Make a bold statement! Expression of personality has no borders! These quality shower curtains with print will add original touch to the most intimate room of one's house.
.: 100% Polyester
.: One side print
.: Hooks not included
.: Dimensions: 71"x74"

Stunning graphic...great impact in punching up the warmth and style of a standard bathroom. Seller very easy to deal with and quickly responds to questions.