Valkyrie, 26x36 Indoor Wall Tapestry, Vintage Illustration, Carl Emil Doepler, 1876
FREE U.S. shipping on all items! Some items have FREE world-wide shipping!
All items are made in the U.S., Canada or Europe. 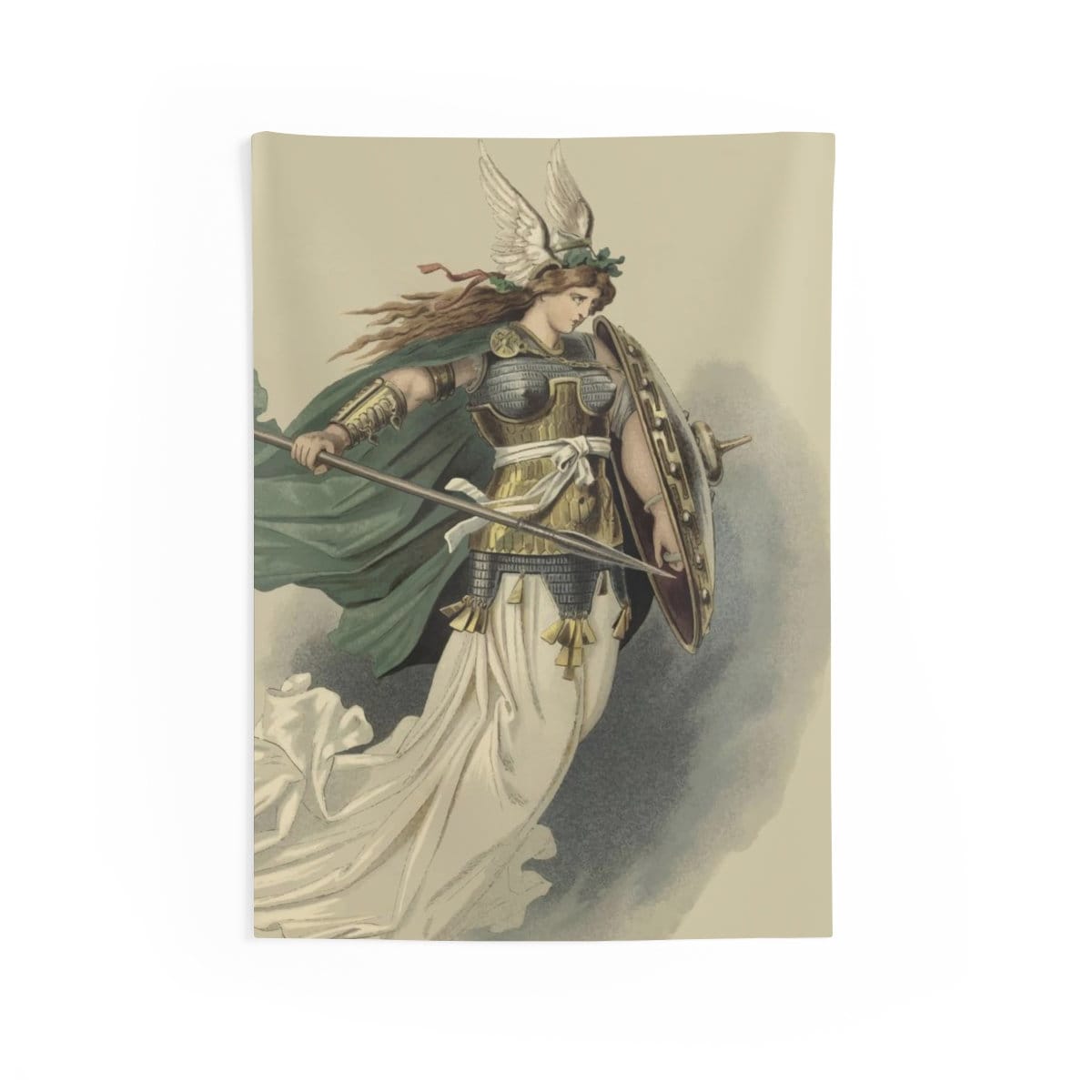 Made to create an exceptional coziness with style in any room, wall tapestry serves as an interior element to express oneself. High quality durable print will last for many years to come.
.: 100% Polyester
.: Water and mildew resistant
.: Made in USA