To Serve Man, Unisex Heavy Cotton T-Shirt, References Vintage Twilight Zone Episode, From Military Patch
Coronavirus and shipping updates are on our About page.
FREE U.S. shipping on all items! Some items have FREE world-wide shipping! 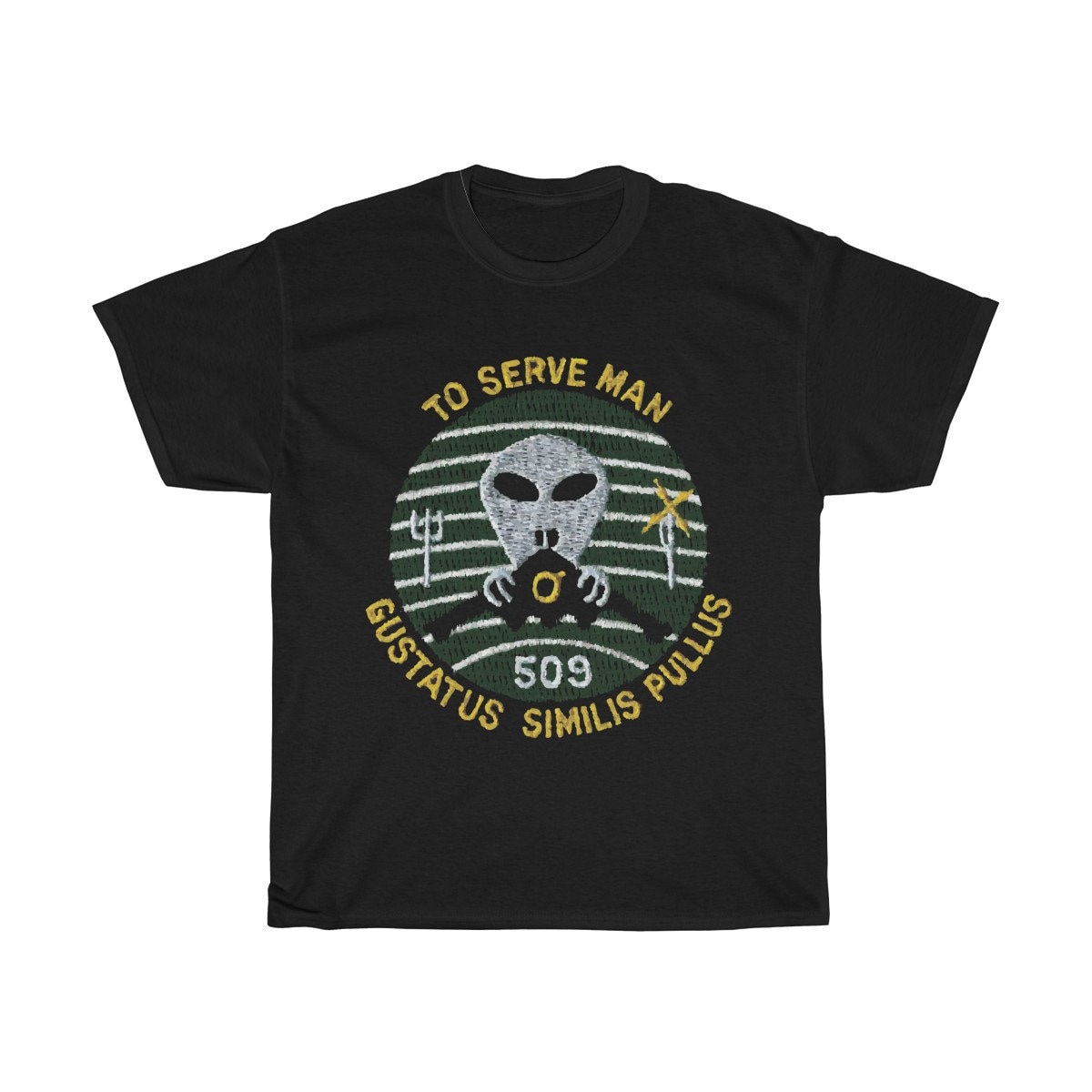