Blues Brothers On A Mission, Unisex Heavy Cotton T-shirt, Bluesmobile, Belushi
Coronavirus and shipping updates are on our About page.
FREE U.S. shipping on all items! Some items have FREE world-wide shipping! 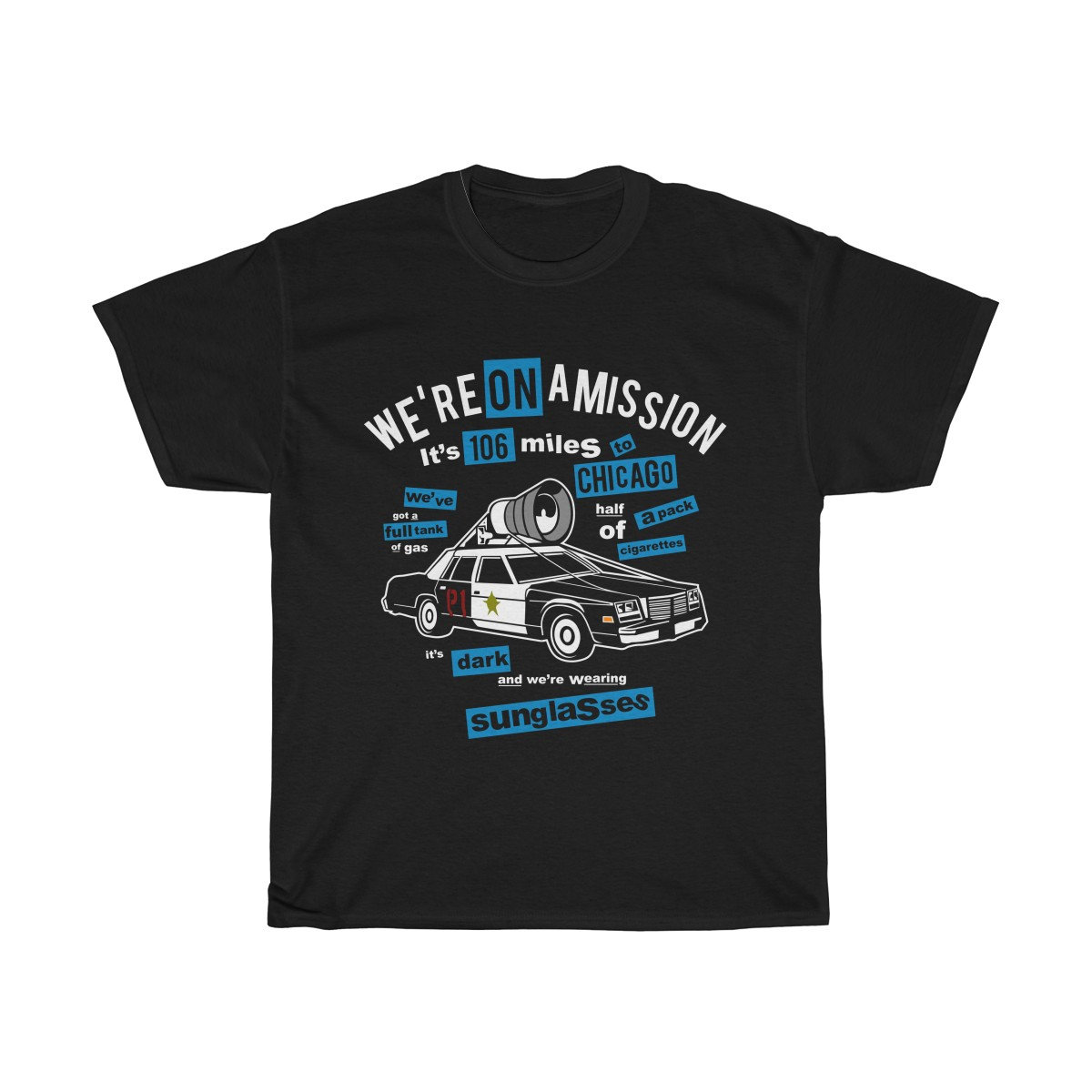 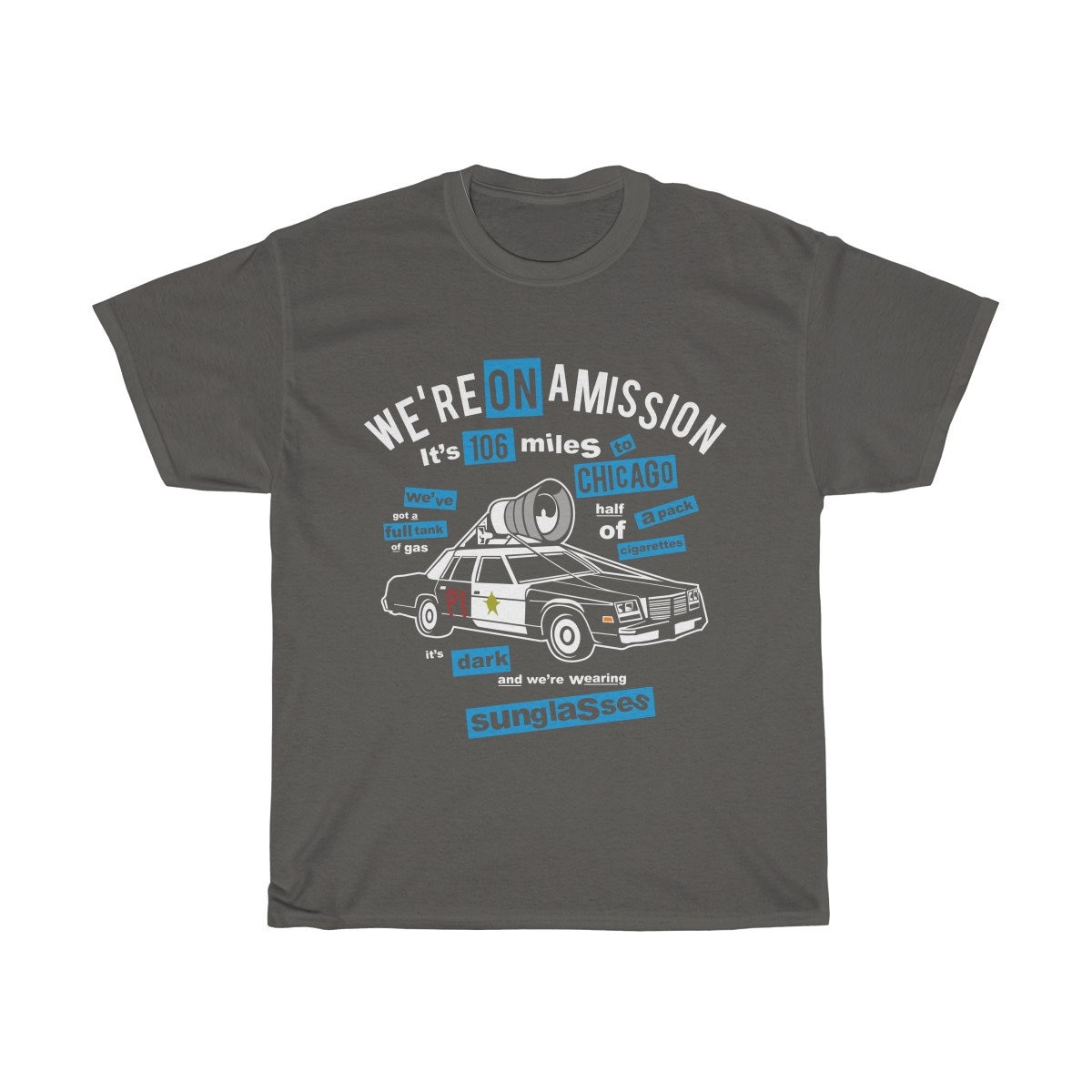 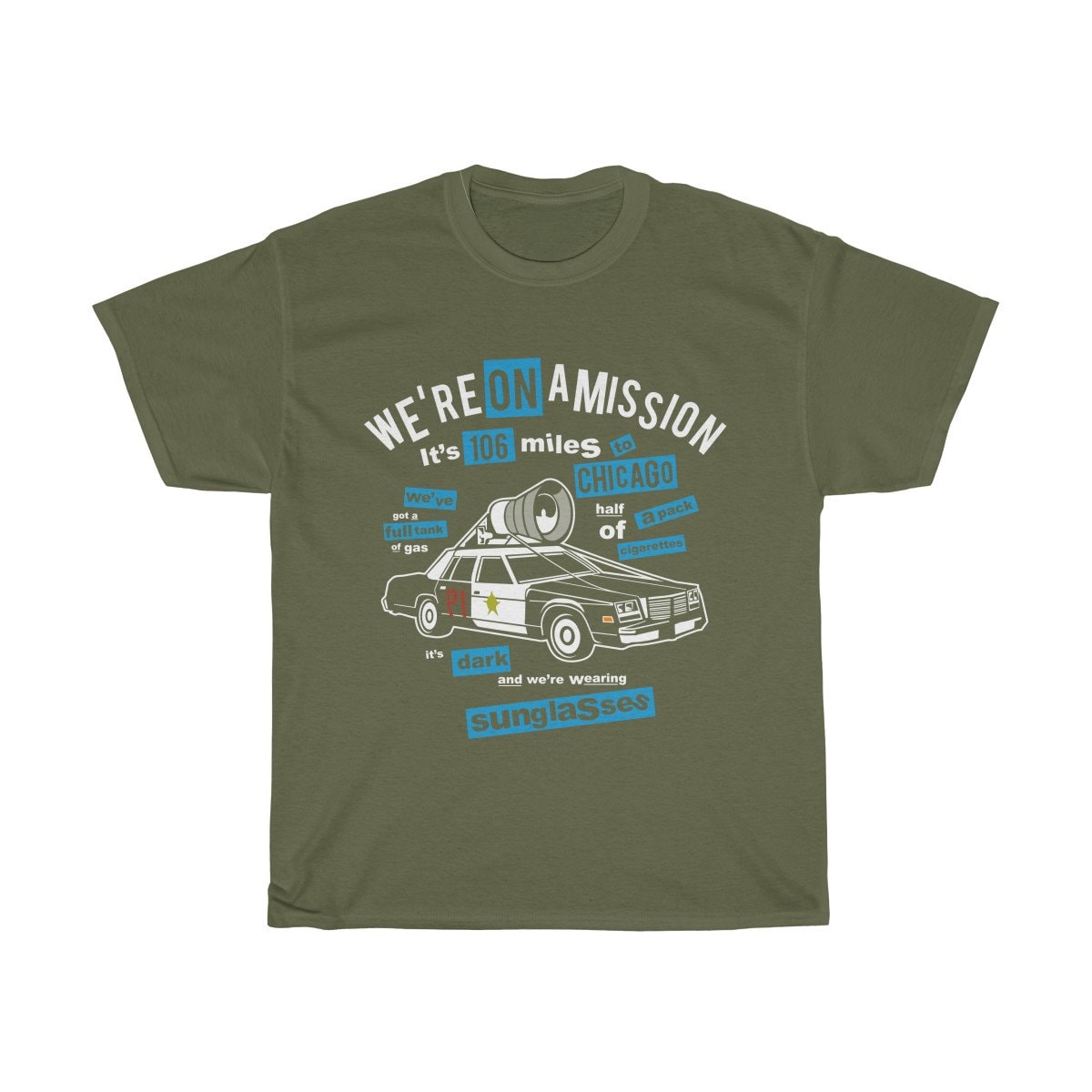 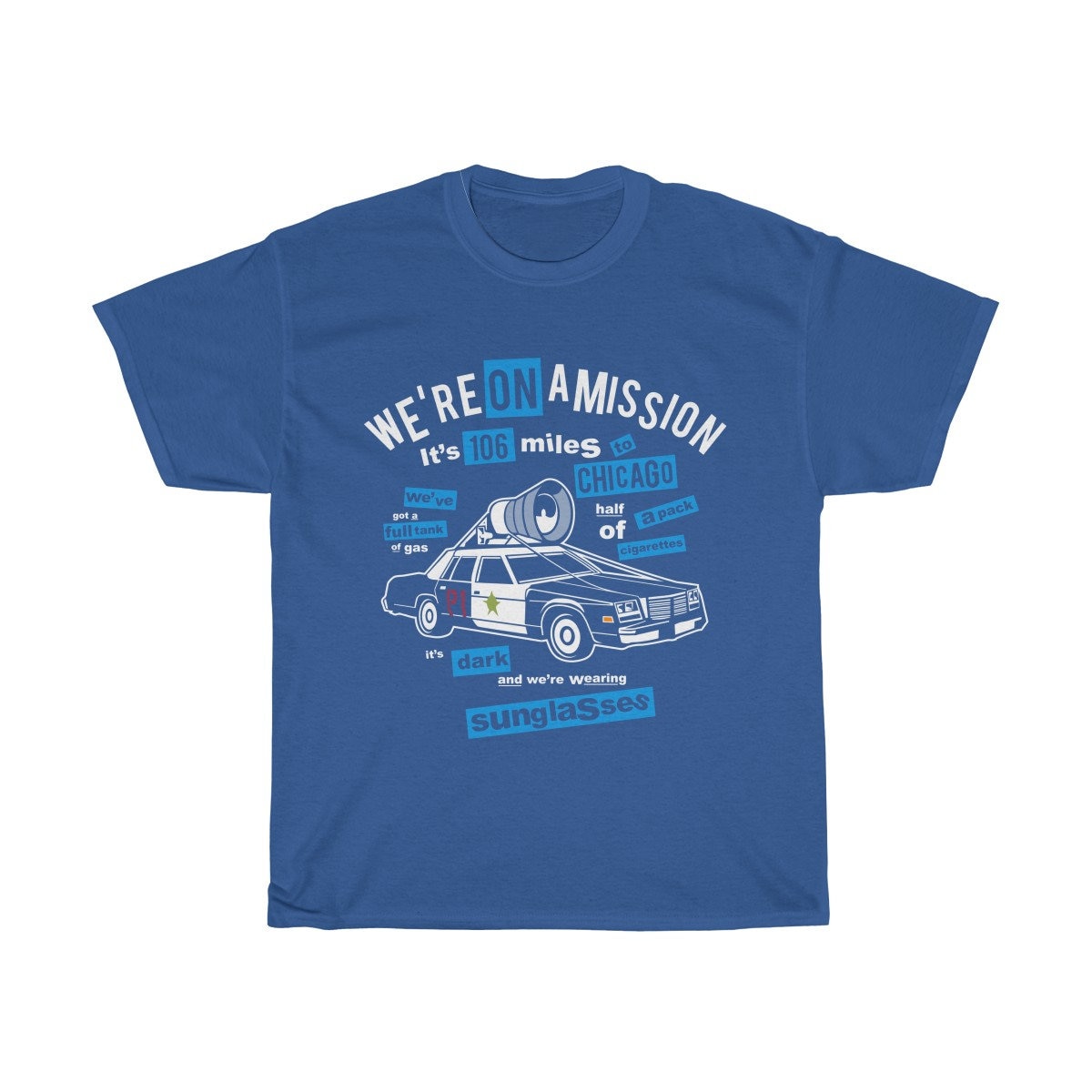 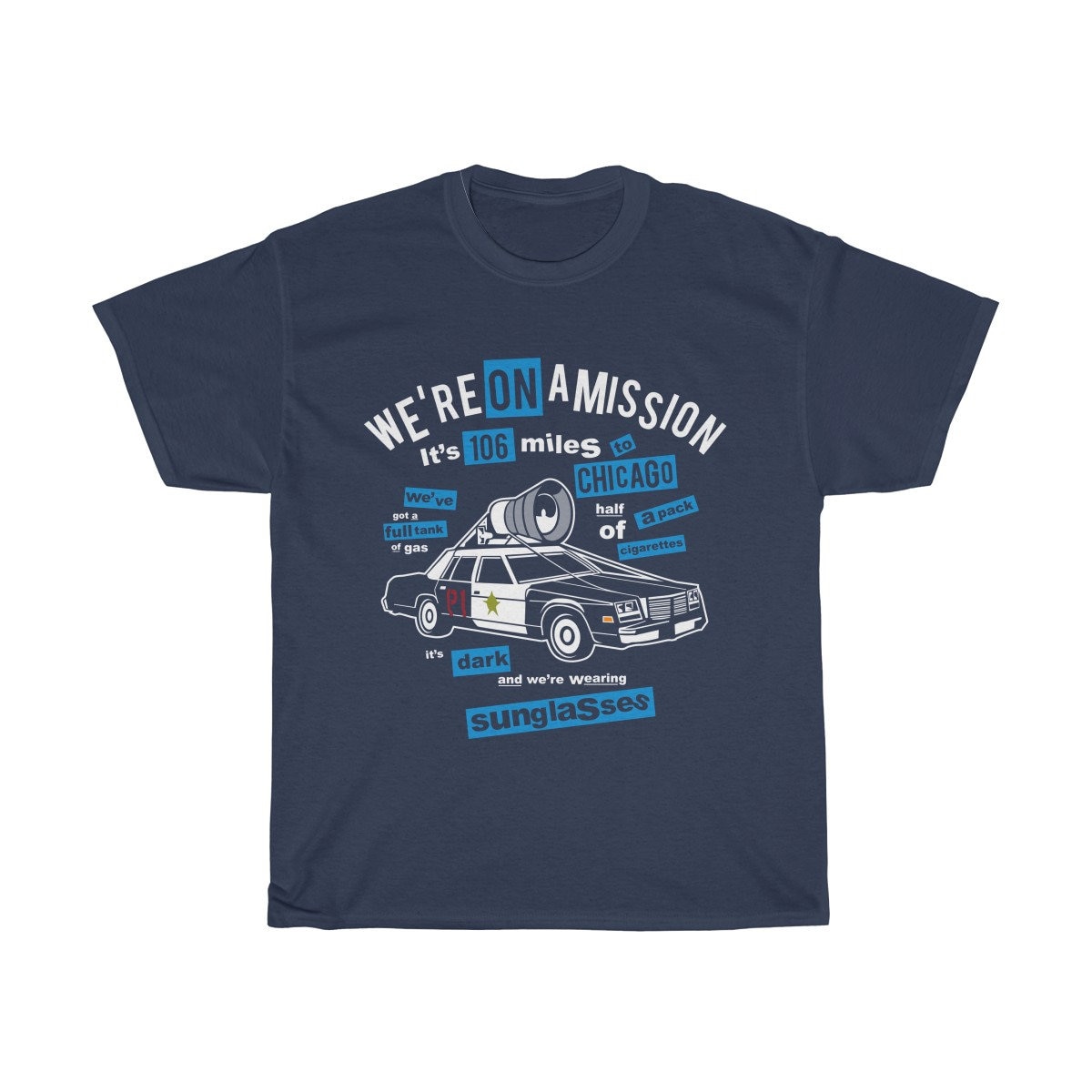 Design is inspired from the 1980 movie, "The Blues Brothers".

The story is a tale of redemption for paroled convict Jake and his blood brother Elwood, who set out on "a mission from God" to save the Catholic orphanage in which they were raised from foreclosure.

The Bluesmobile is a 1974 Dodge Monaco sedan and was prominently featured in the film. The car is described as a decommissioned Mount Prospect police car, purchased by Elwood Blues at an auction after he had traded a previous car (a 1968 Cadillac Sixty Special) for a microphone. The Bluesmobile is equipped with a "440 Magnum" engine and squad car package, an option offered by Dodge for the Monaco in 1974. Dan Aykroyd, co-writer of the film, stated that he chose the 440 Dodge Monaco because he considered it to be the hottest car used by police during the 1970s. -- Wikipedia

Very cool shirt! I've been looking for a shirt like this for my dad and it's perfect for him!

My husband loved it, arrived really quickly and good quality