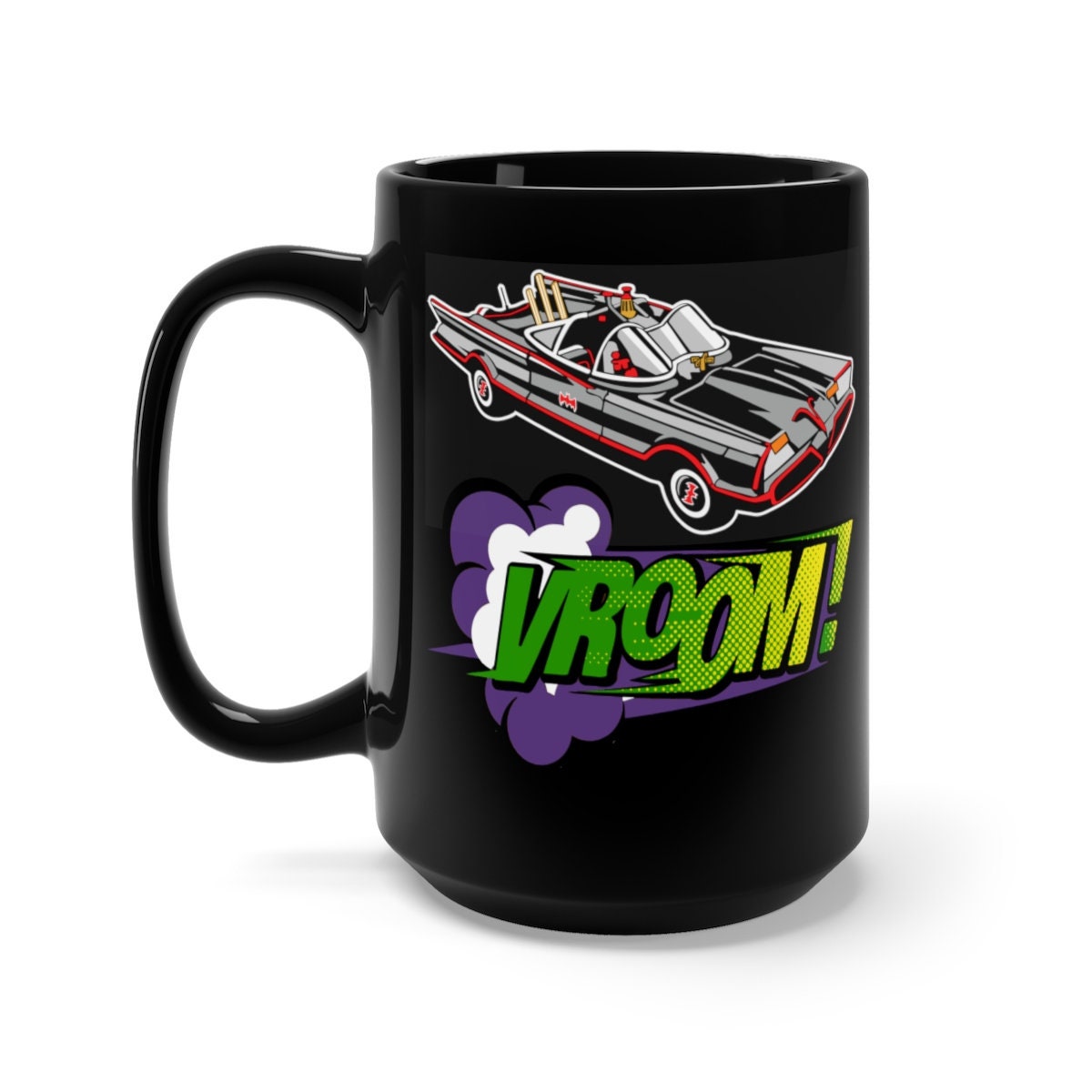 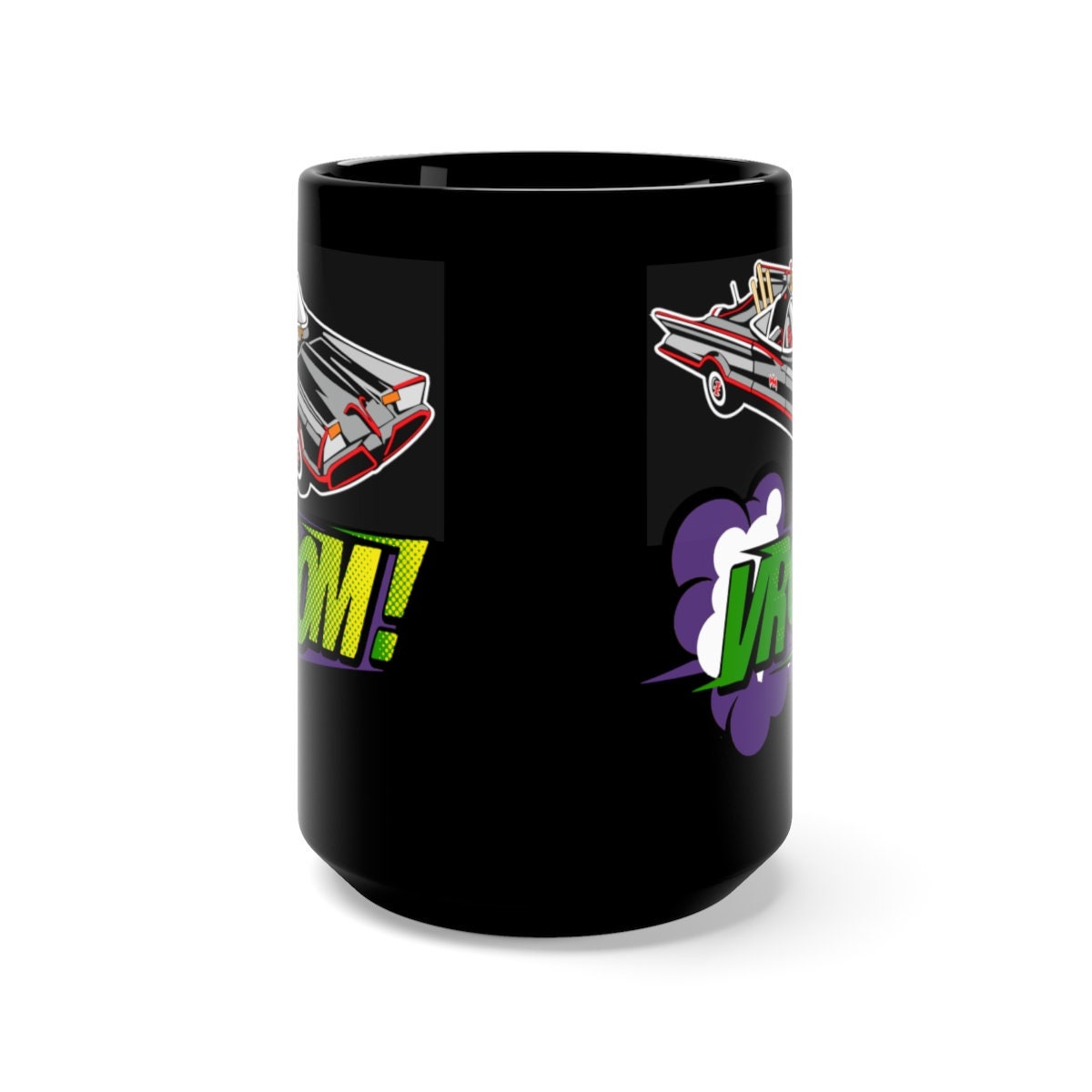 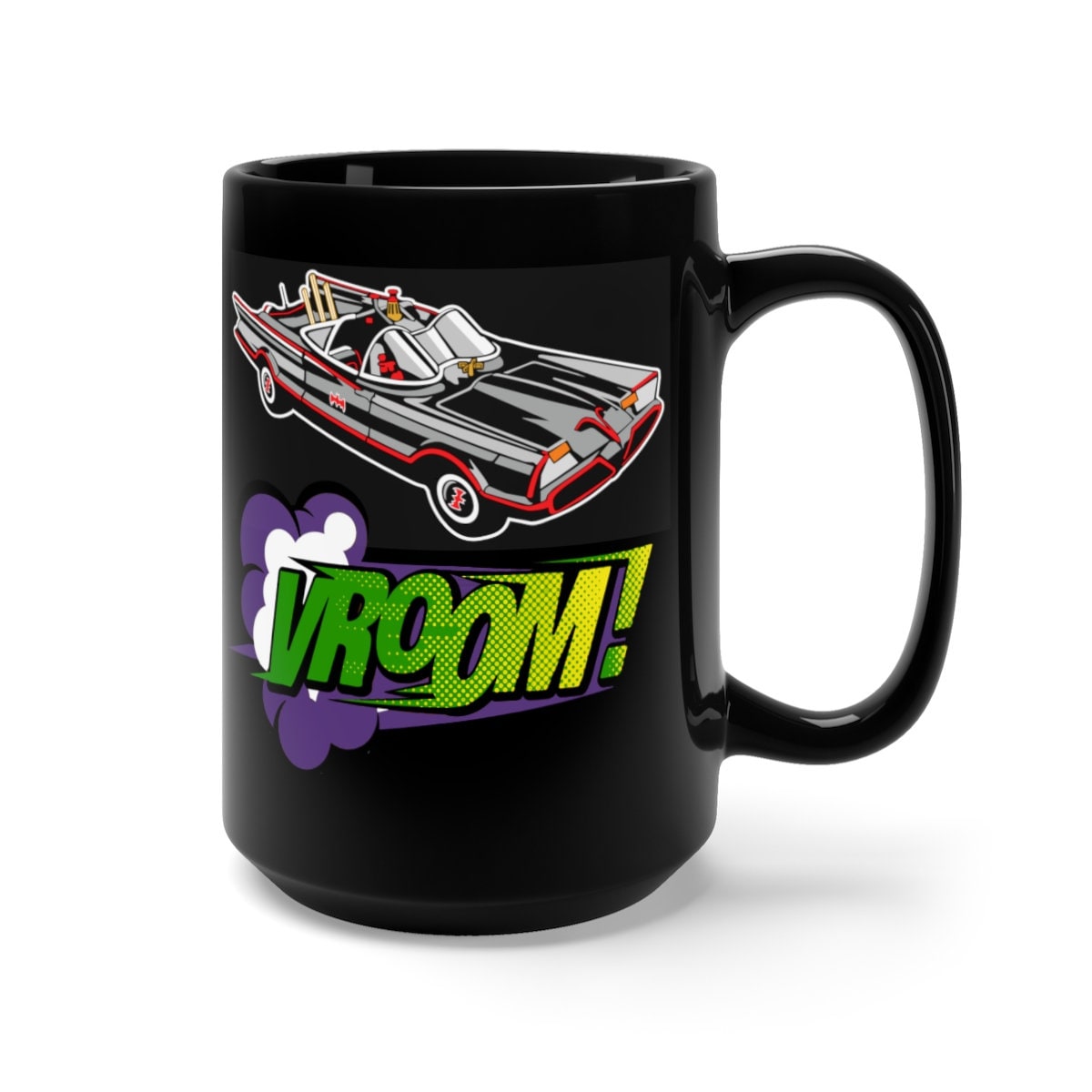 Design is inspired from the kitschy 1960s TV show, Batman.

Batman was a American live action television series, from 1966-68, based on the DC comic book character of the same name. It stars Adam West as Bruce Wayne / Batman and Burt Ward as Dick Grayson / Robin – two crime-fighting heroes who defend Gotham City from a variety of arch villains. It is known for its camp style, upbeat theme music, and its intentionally humorous, simplistic morality (aimed at its largely teenage audience). This included championing the importance of using seat belts, doing homework, eating vegetables, and drinking milk.

The 1966 television Batmobile, was built by George Barris from a Lincoln Futura concept car.

During the climactic fistfights in each episode, the punches and other impacts were punctuated by onomatopoeia (sound effects) superimposed in bright colors over the action on the screen, as in comic-book fight scenes ("POW!", "BAM!", "ZONK!", etc.) as a money-saving device. -- Wikipedia