Bosch's Hell, iPhone 11 Tough Case, Hieronymus Bosch, Right Panel Of The Garden of Earthly Delights
Coronavirus and shipping updates are on our About page.
FREE U.S. shipping on all items! Some items have FREE world-wide shipping!
All items are made in North America and Europe. 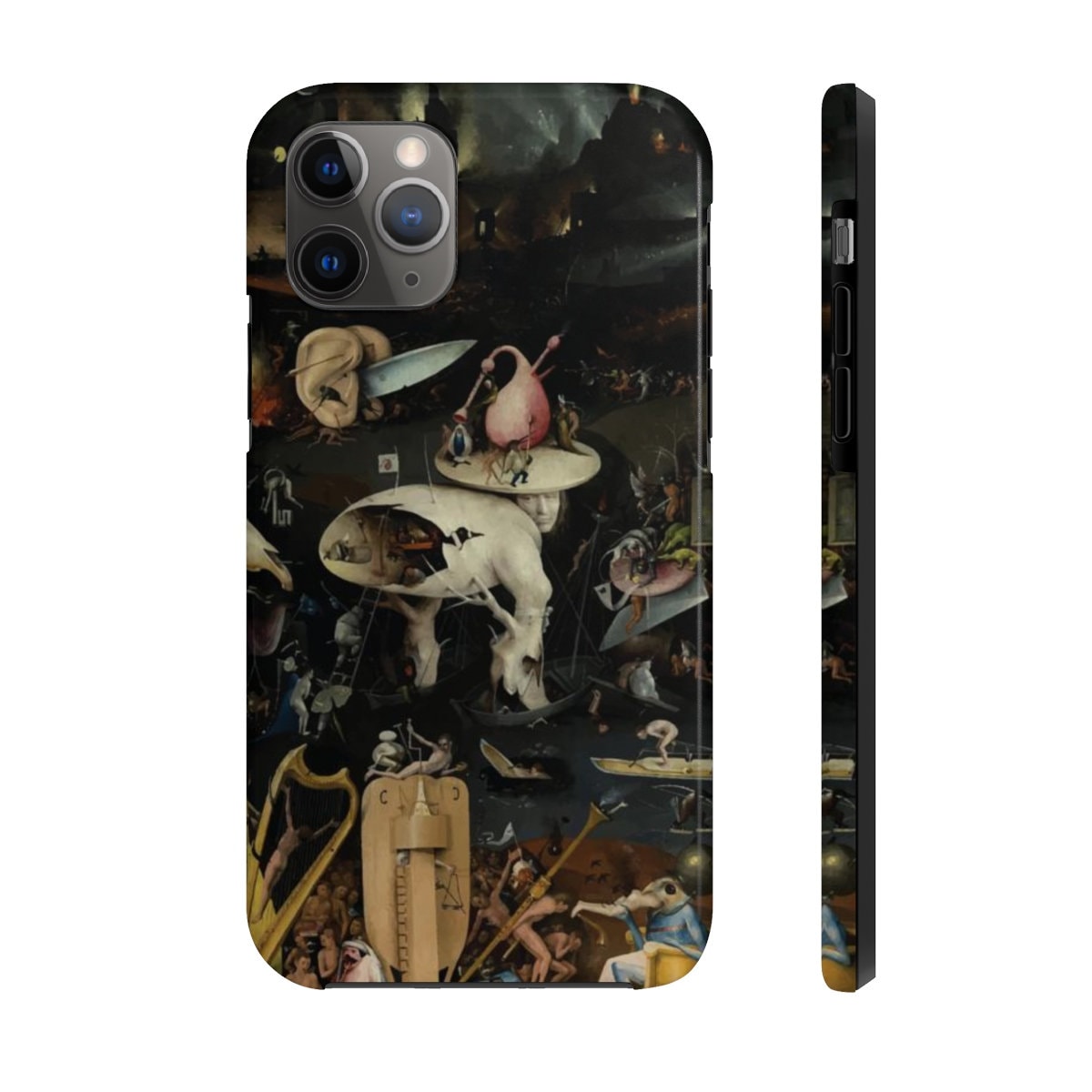 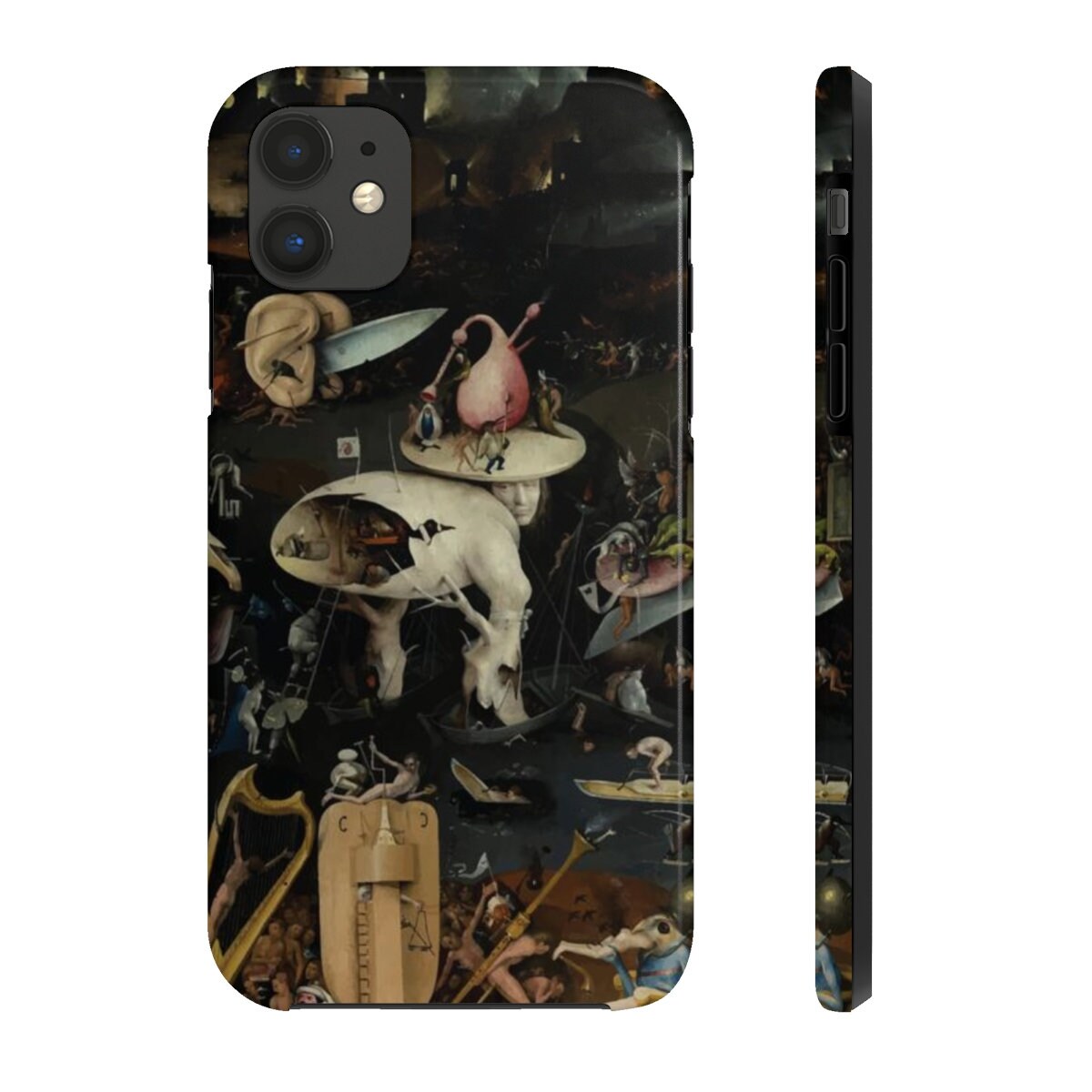 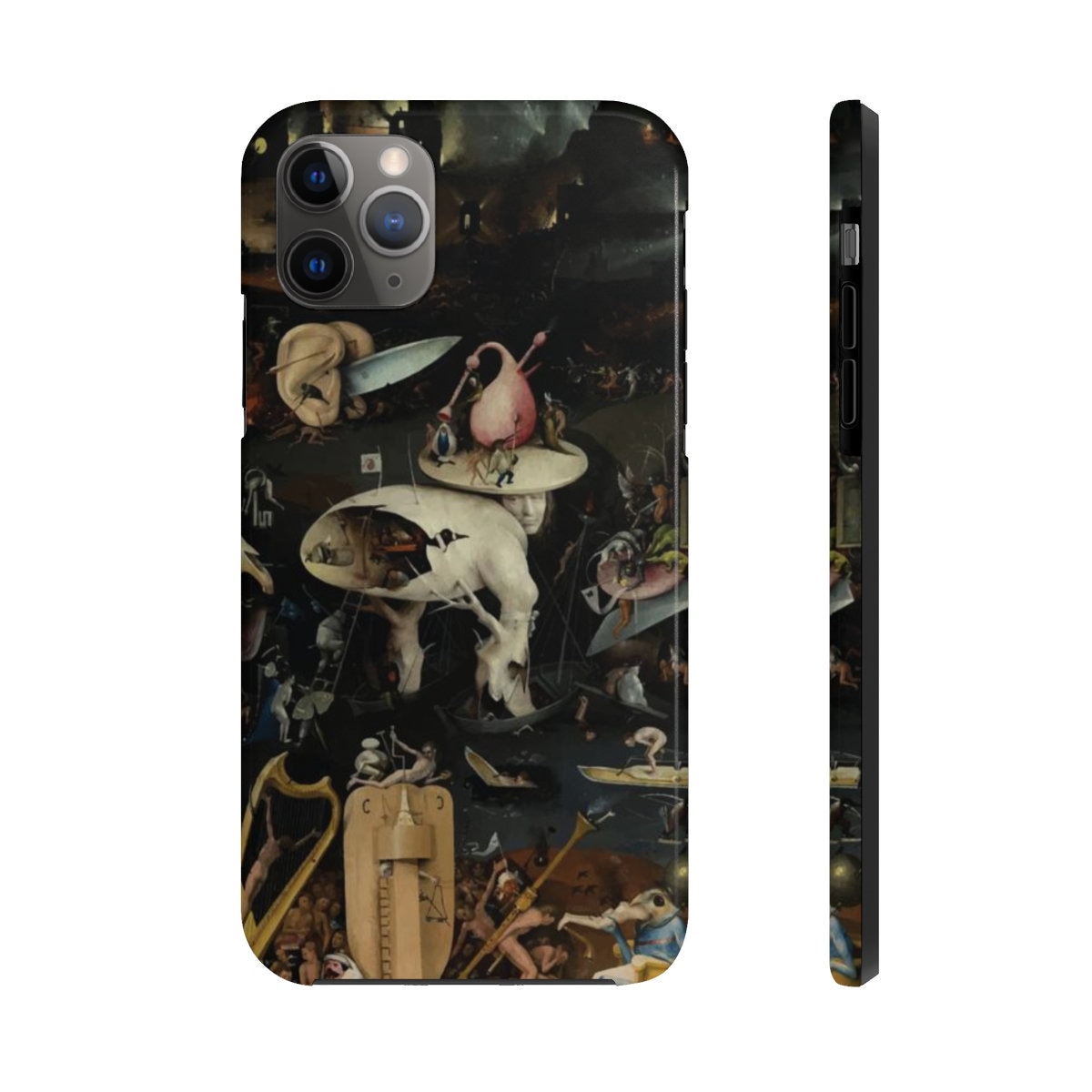 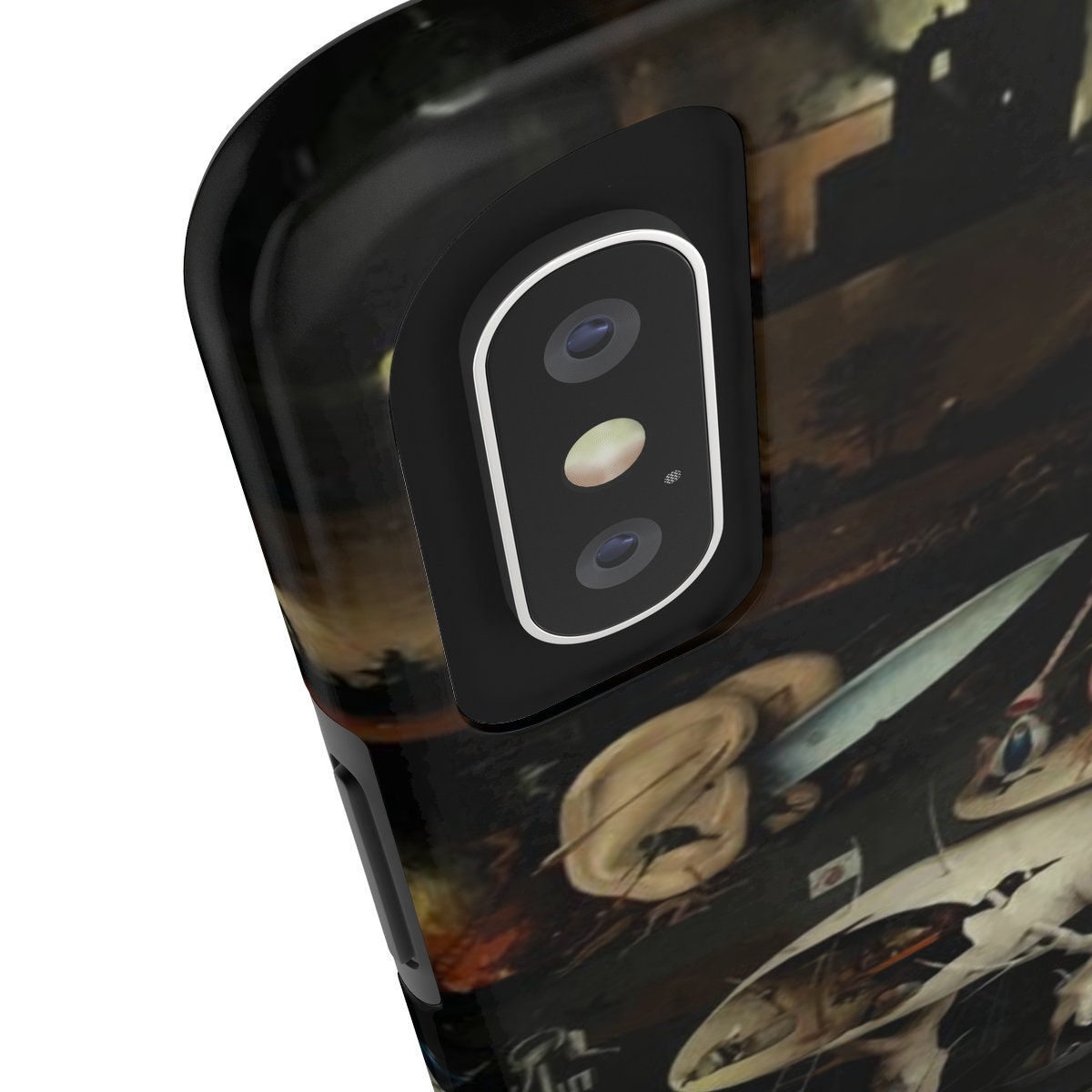 Design is from the right panel of the The Garden of Earthly Delights, a triptych oil painting on oak panel painted by Hieronymus Bosch, between 1490 and 1510.

The right panel, of the triptych, illustrates Hell, the setting of a number of Bosch paintings. Bosch depicts a world in which humans have succumbed to temptations that lead to evil and reap eternal damnation. The tone of this final panel strikes a harsh contrast to those preceding it. The scene is set at night, and the natural beauty that adorned the earlier panels is noticeably absent. It presents a tableau that has shifted from the paradise of the center image to a spectacle of cruel torture and retribution. In a single, densely detailed scene, the viewer is made witness to cities on fire in the background; war, torture chambers, infernal taverns, and demons in the mid-ground; and mutated animals feeding on human flesh in the foreground. The nakedness of the human figures has lost all its eroticism, and many now attempt to cover their genitalia and breasts with their hands, ashamed by their nakedness. -- Wikipedia