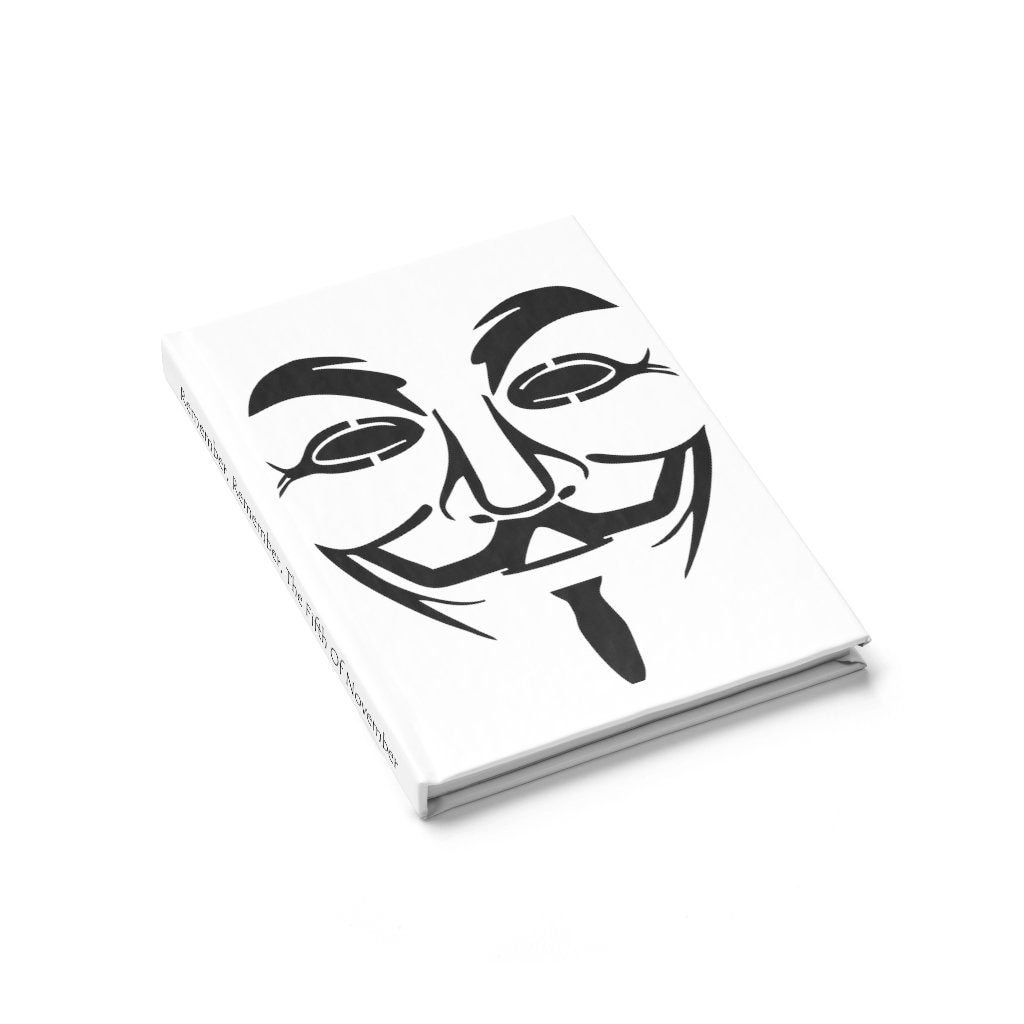 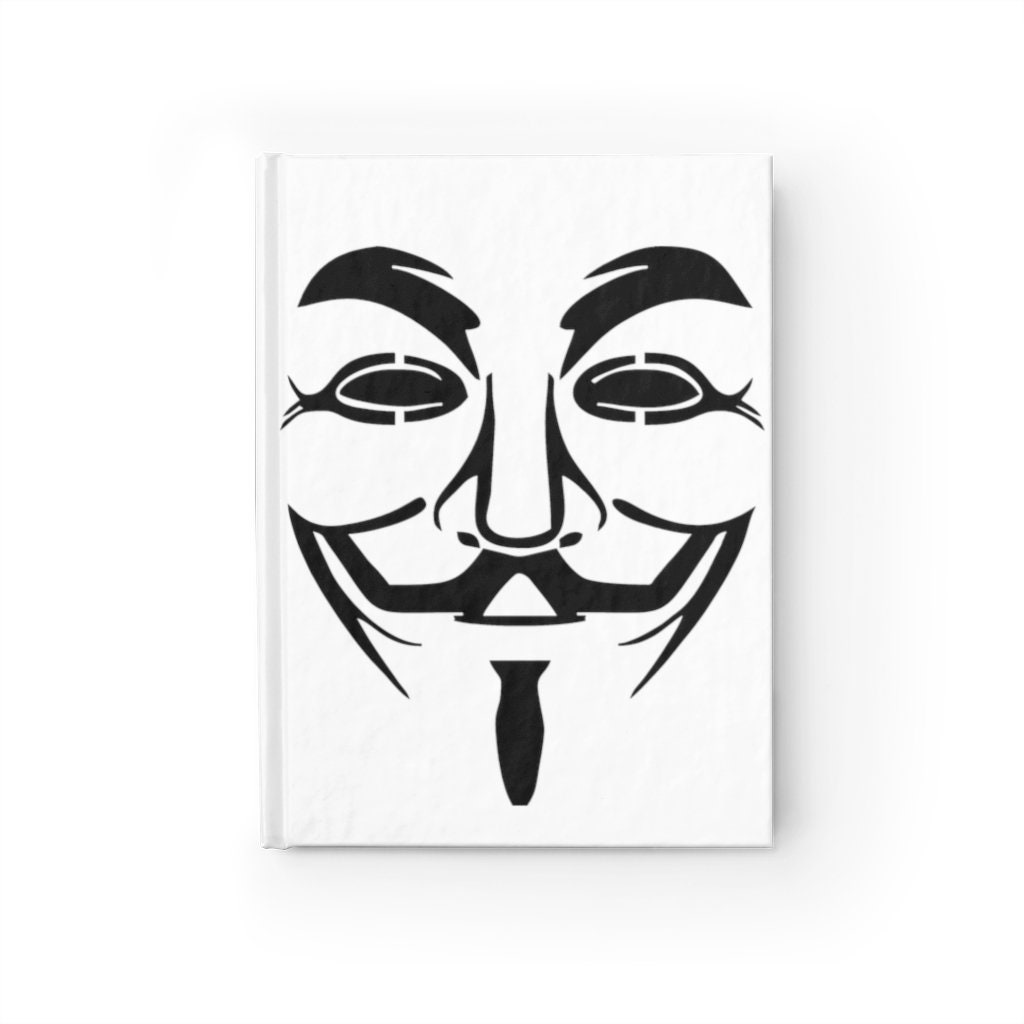 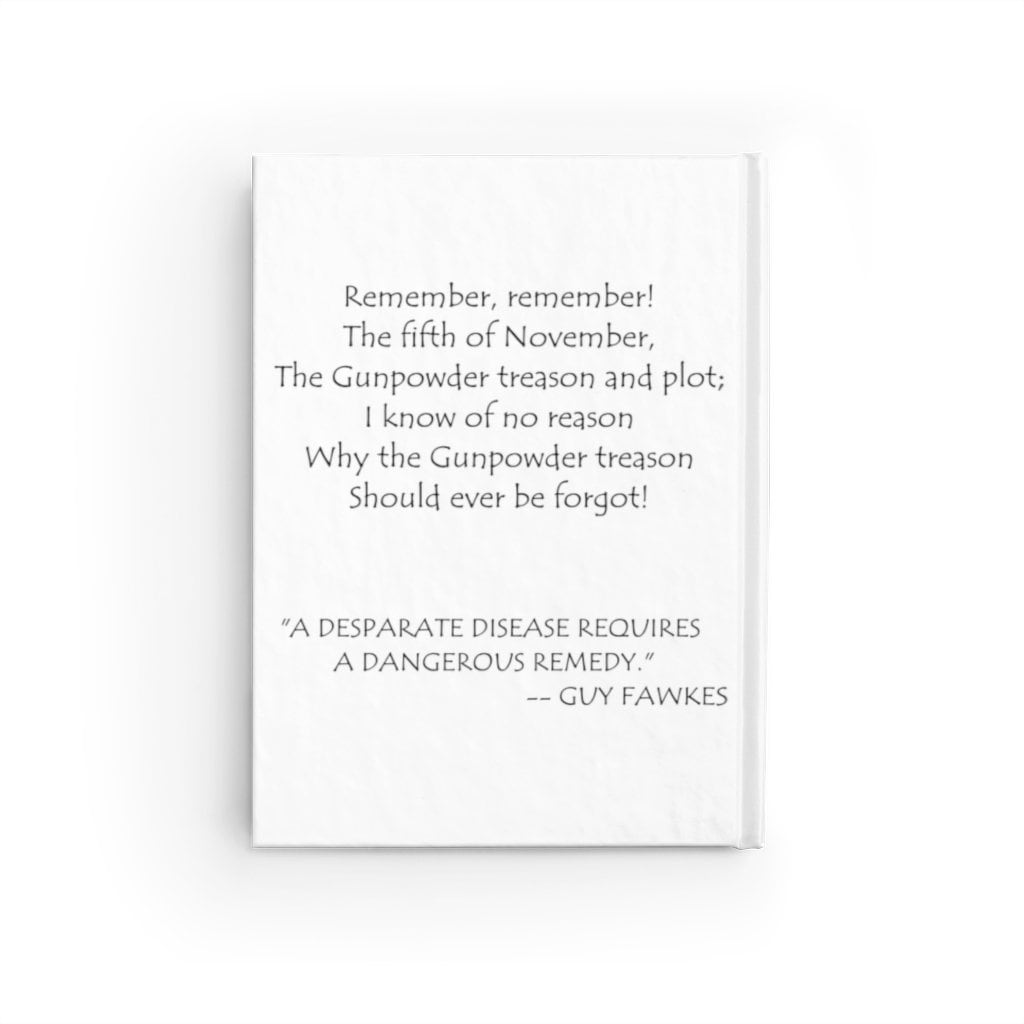 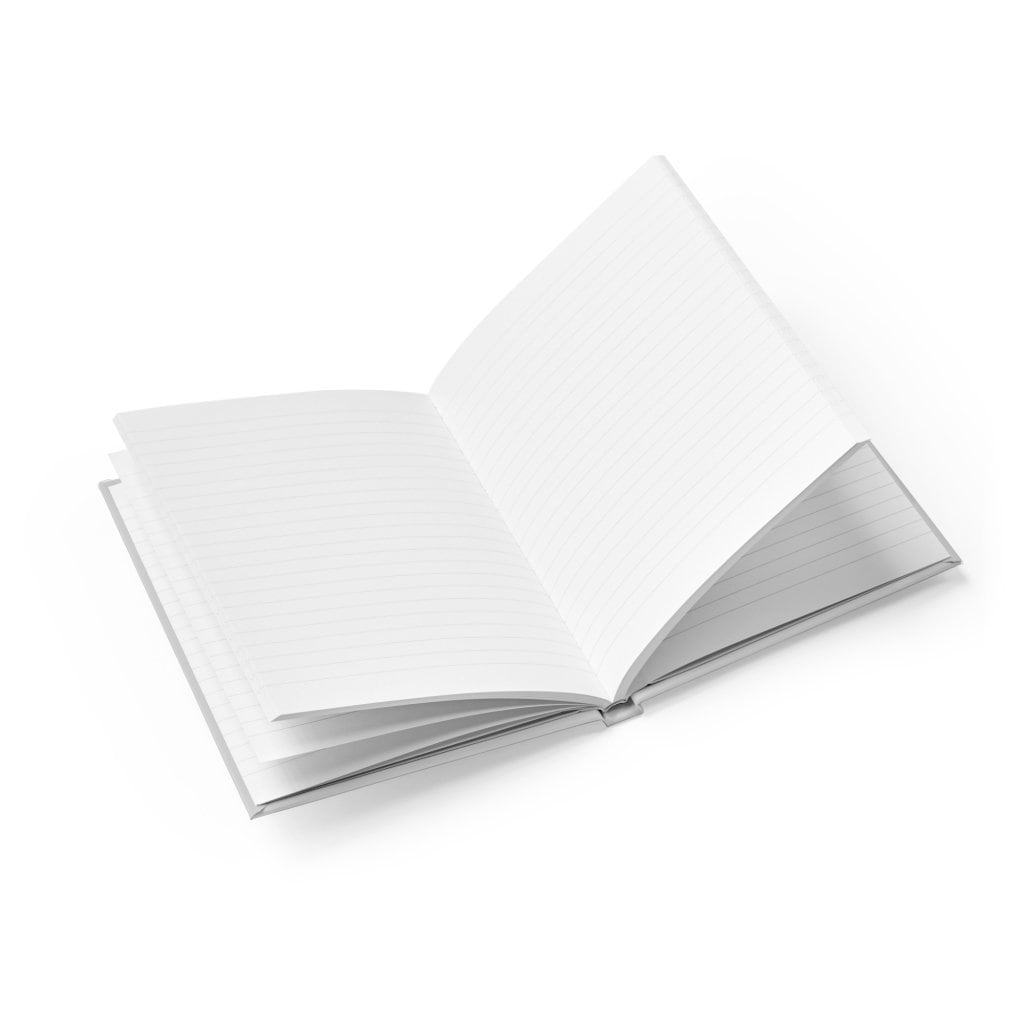 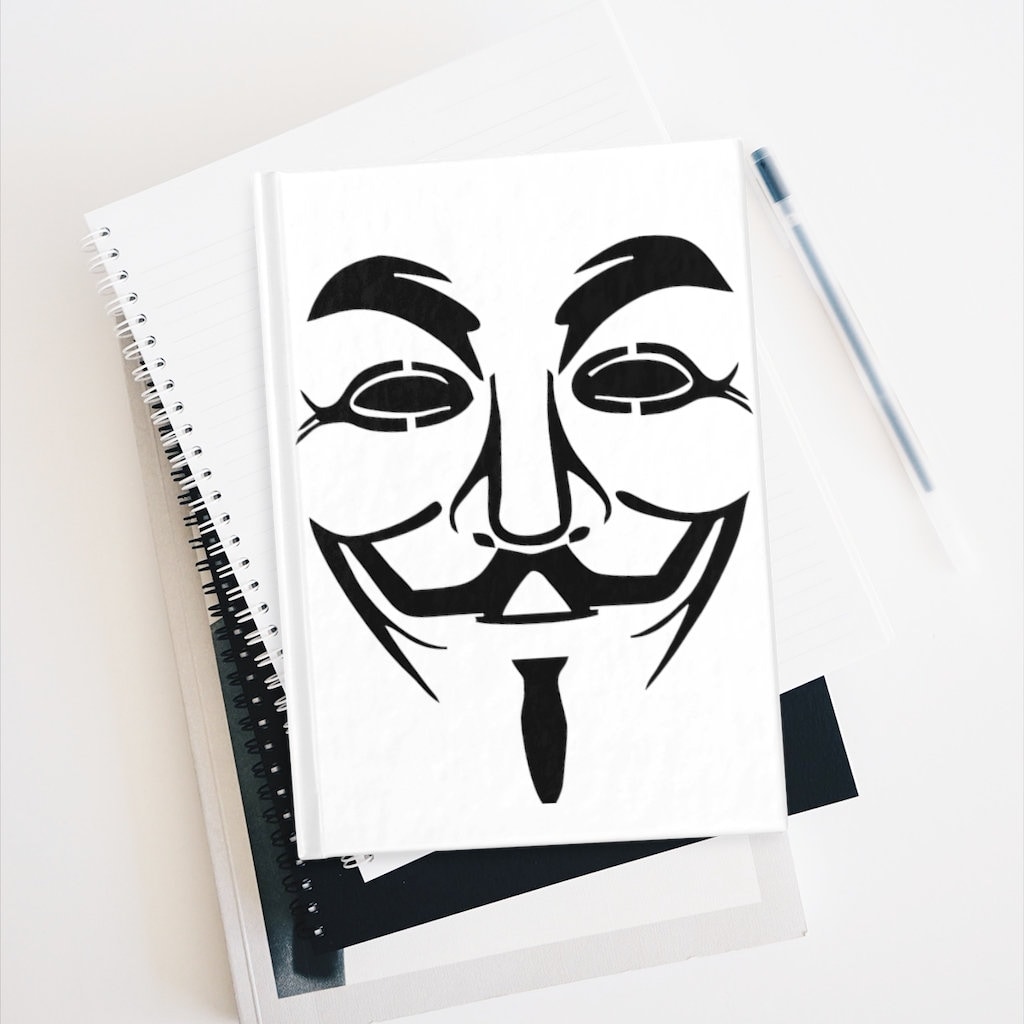 Design is a stylized Guy Fawkes mask on the front and on the back is a quote from Guy Fawkes, "A desperate disease requires a dangerous remedy" along with part of a poem about The Gunpowder Plot:

On the spine is the title of the journal, "Remember, Remember, The Fifth Of November,".

On November 5th in 1605, Guy Fawkes and a group of conspirators tried to blow up the Parliament building in London with gunpowder. Later called The Gunpowder Plot, it was a failed attempt to blow up England's King James I and the Parliament in an effort to end the persecution of Roman Catholics by the English government.

V for Vendetta is a 2005 dystopian political thriller action film. Set in an alternative future where a Nordic supremacist and neo-fascist Christian totalitarian regime has subjugated the United Kingdom, the film centers on V (portrayed by Hugo Weaving), an anarchist and masked freedom fighter who attempts to ignite a revolution through elaborate terrorist acts.