Guy Fawkes, 2 Pin Button, Inspired From V For Vendetta Movie
Coronavirus and shipping updates are on our About page.
FREE U.S. shipping on all items! Some items have FREE world-wide shipping!
All items are made in North America and Europe. 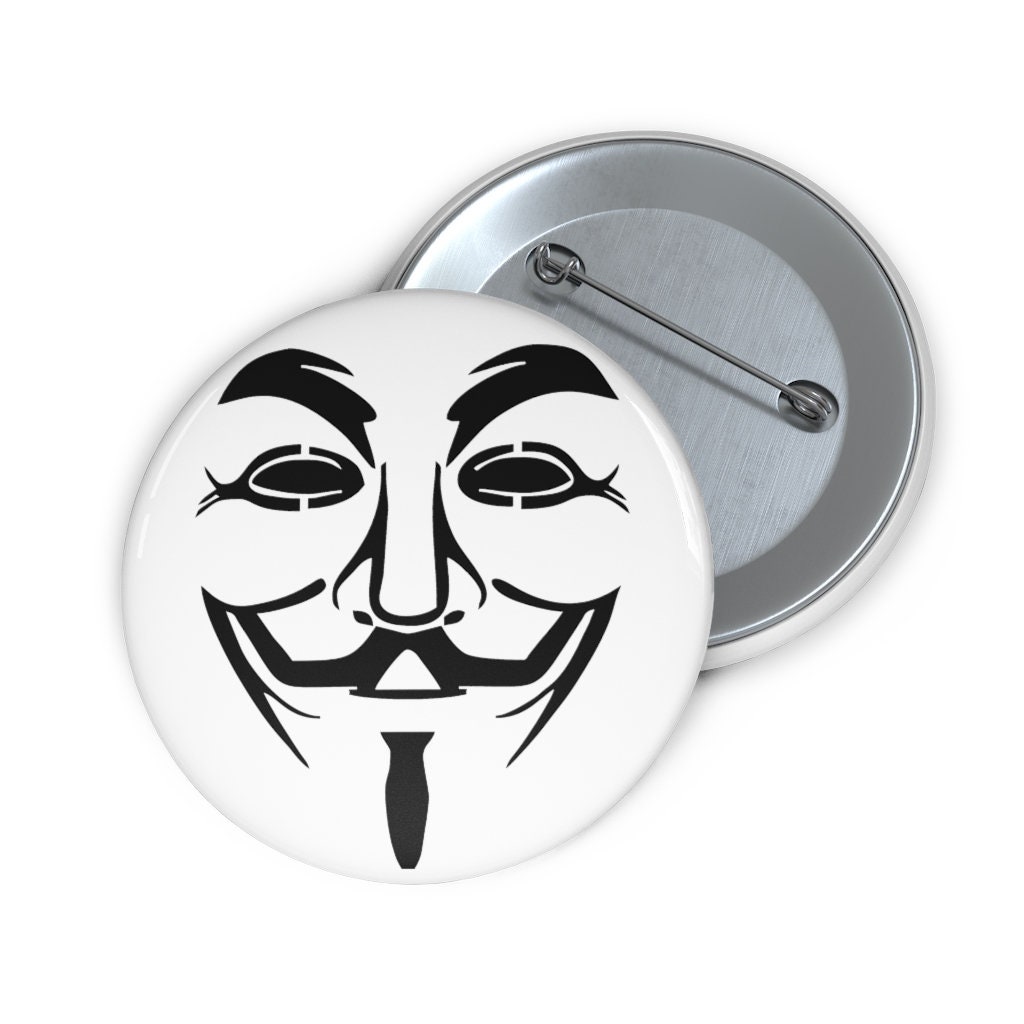 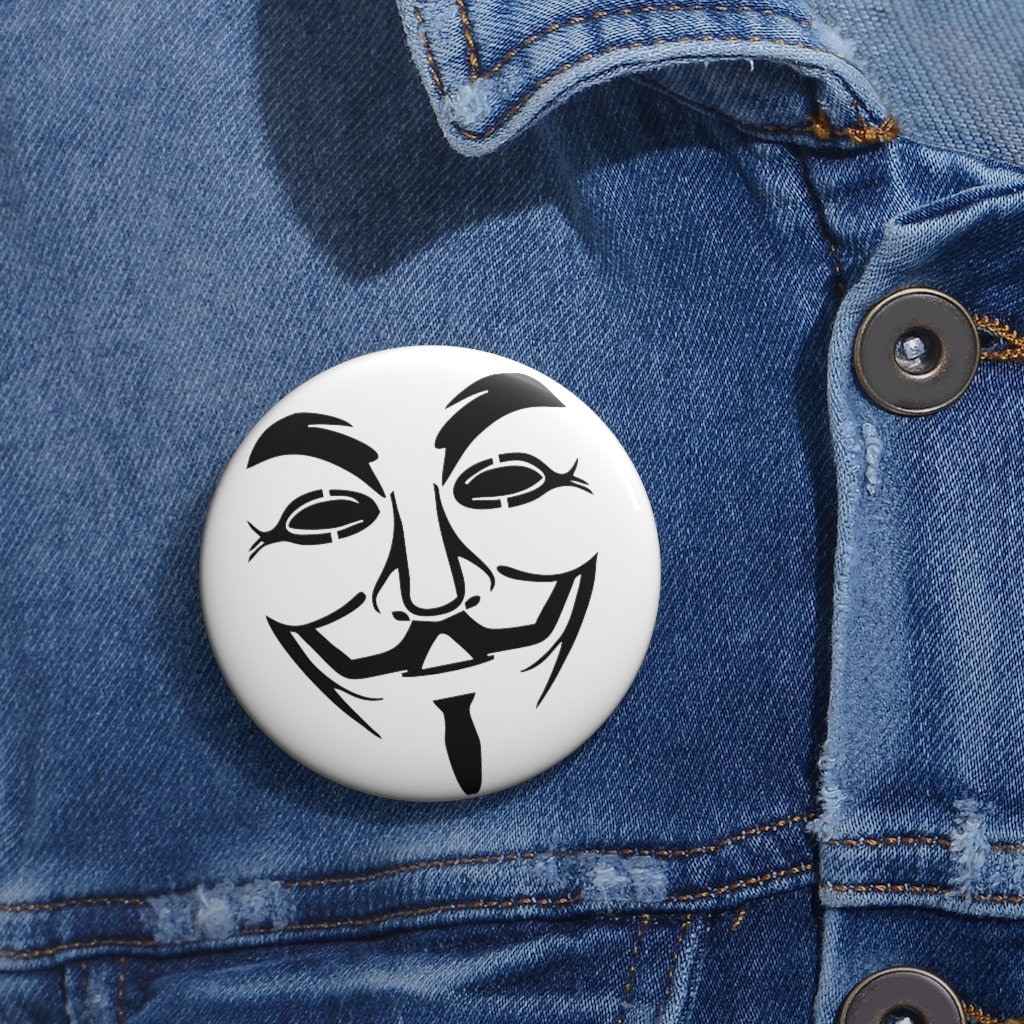 On November 5th in 1605, Guy Fawkes and a group of conspirators tried to blow up the Parliament building in London with gunpowder. Later called The Gunpowder Plot, it was a failed attempt to blow up England's King James I and the Parliament in an effort to end the persecution of Roman Catholics by the English government.

V for Vendetta is a 2005 dystopian political thriller action film. Set in an alternative future where a Nordic supremacist and neo-fascist Christian totalitarian regime has subjugated the United Kingdom, the film centers on V (portrayed by Hugo Weaving), an anarchist and masked freedom fighter who attempts to ignite a revolution through elaborate terrorist acts.