Blackbeard 100% Cotton Black T-shirt, Historical Pirate Flag, Jolly Roger
Coronavirus and shipping updates are on our About page.
FREE U.S. shipping on all items! Some items have FREE world-wide shipping! 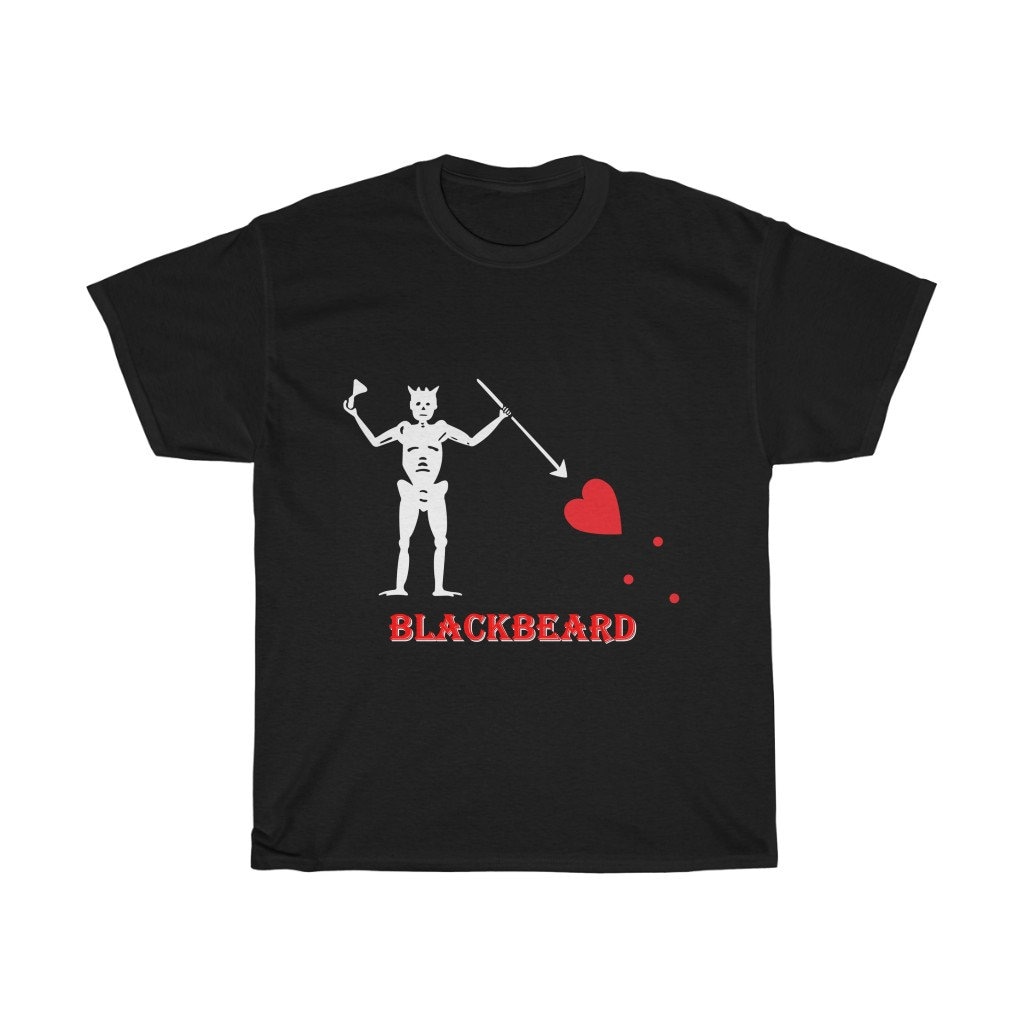 Design consists of a devil skeleton piercing a heart, while toasting the devil, which is Blackbeard's pirate flag, over the word, "Blackbeard".

To find your size. lay out a t-shirt, that you know fits, flat onto a table top to measure.