Blackbeard's Pirate Flag Lumbar Pillow, Historical, Jolly Roger
Coronavirus and shipping updates are on our About page.
FREE U.S. shipping on all items! Some items have FREE world-wide shipping! 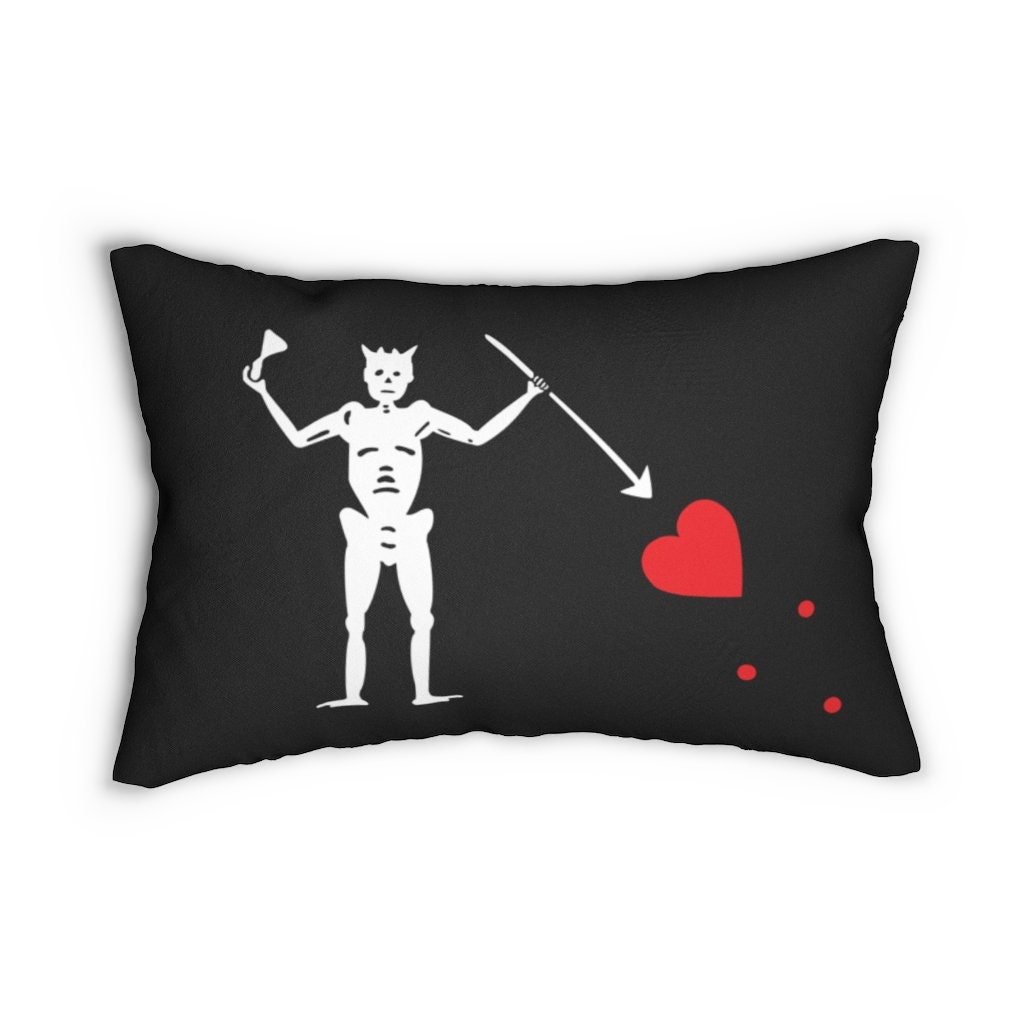 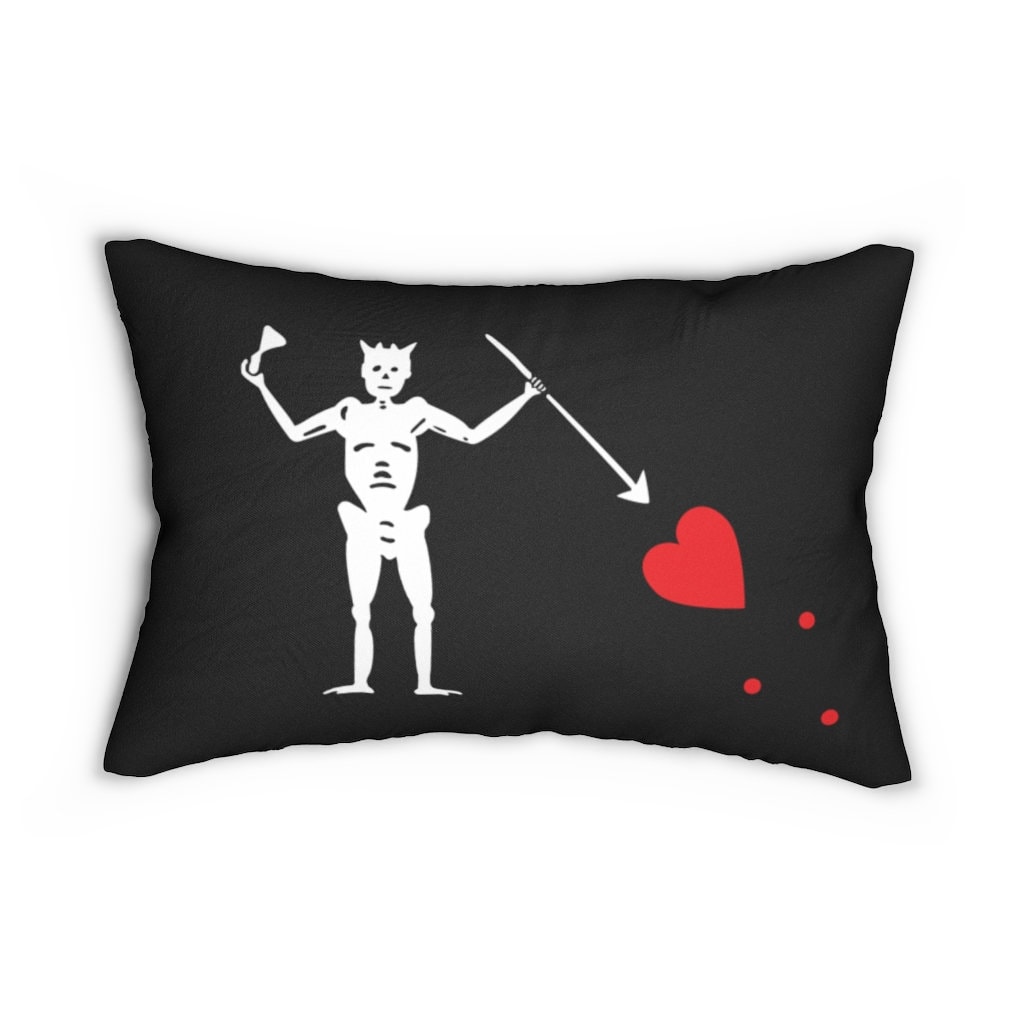 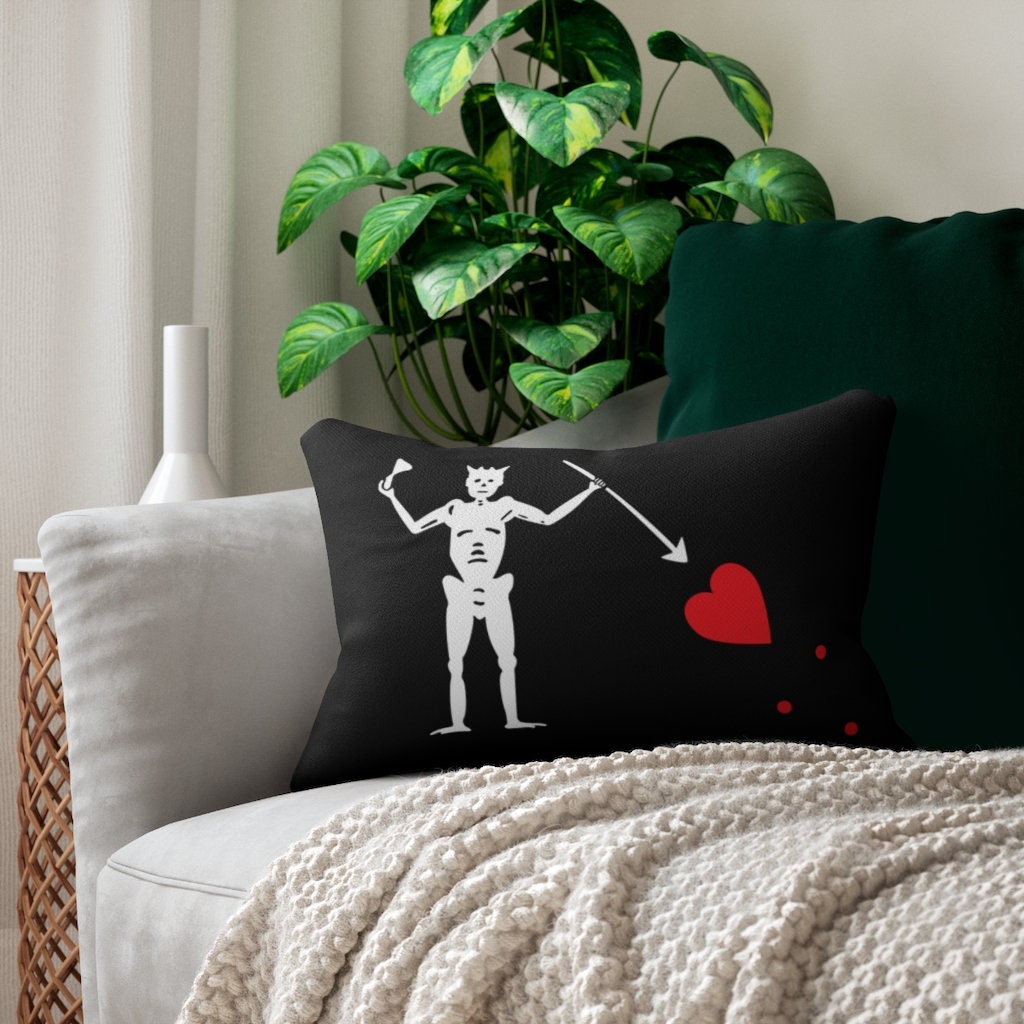 Add this beautiful spun-polyester lumbar pillow to your home decor pieces today. The pillow comes with a stuffing pillow included. The casing is made of a spun polyester fabric that is inherently mildew and water-resistant. It has a concealed beige zipper to maintain a finished and stylish look.
.: Dimensions:20"x14"
.: 100% Polyester cover
.: 100% Polyester removable insert
.: Double sided print
.: Concealed zipper