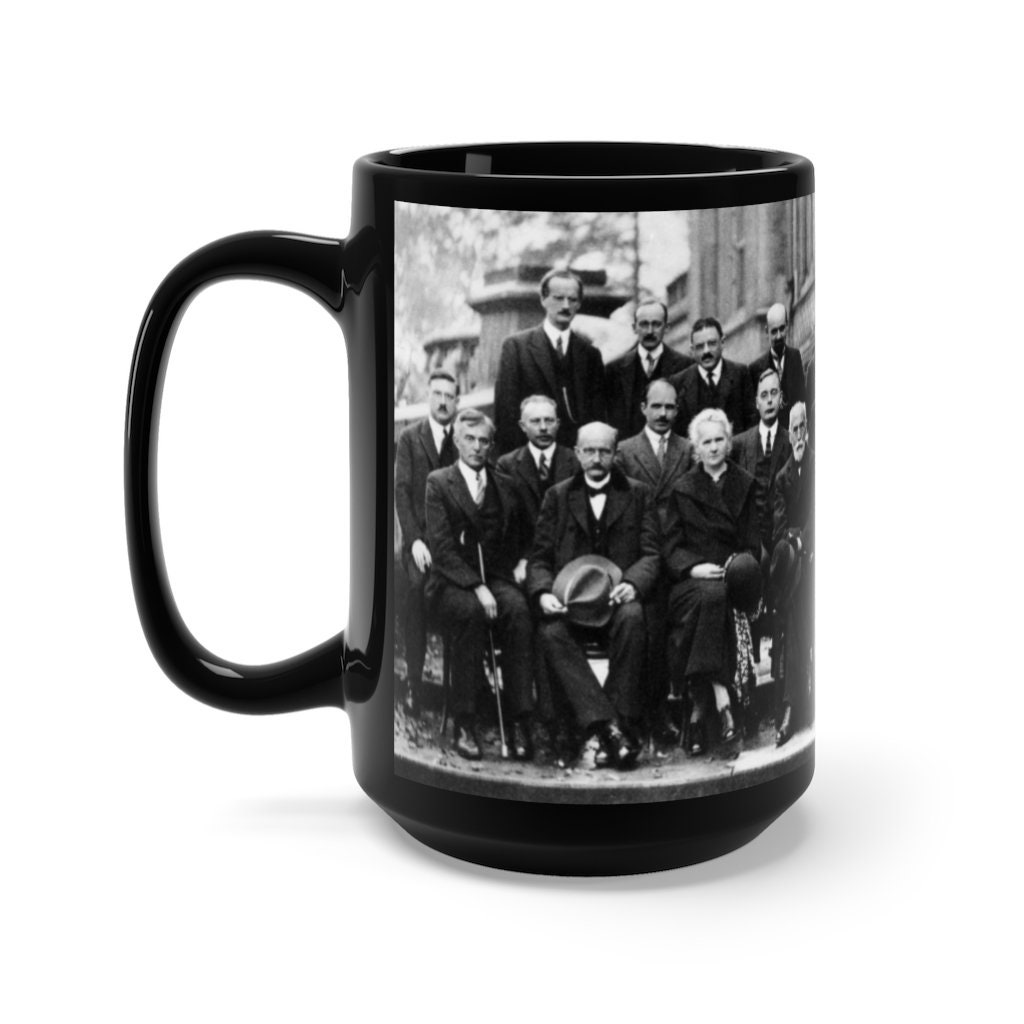 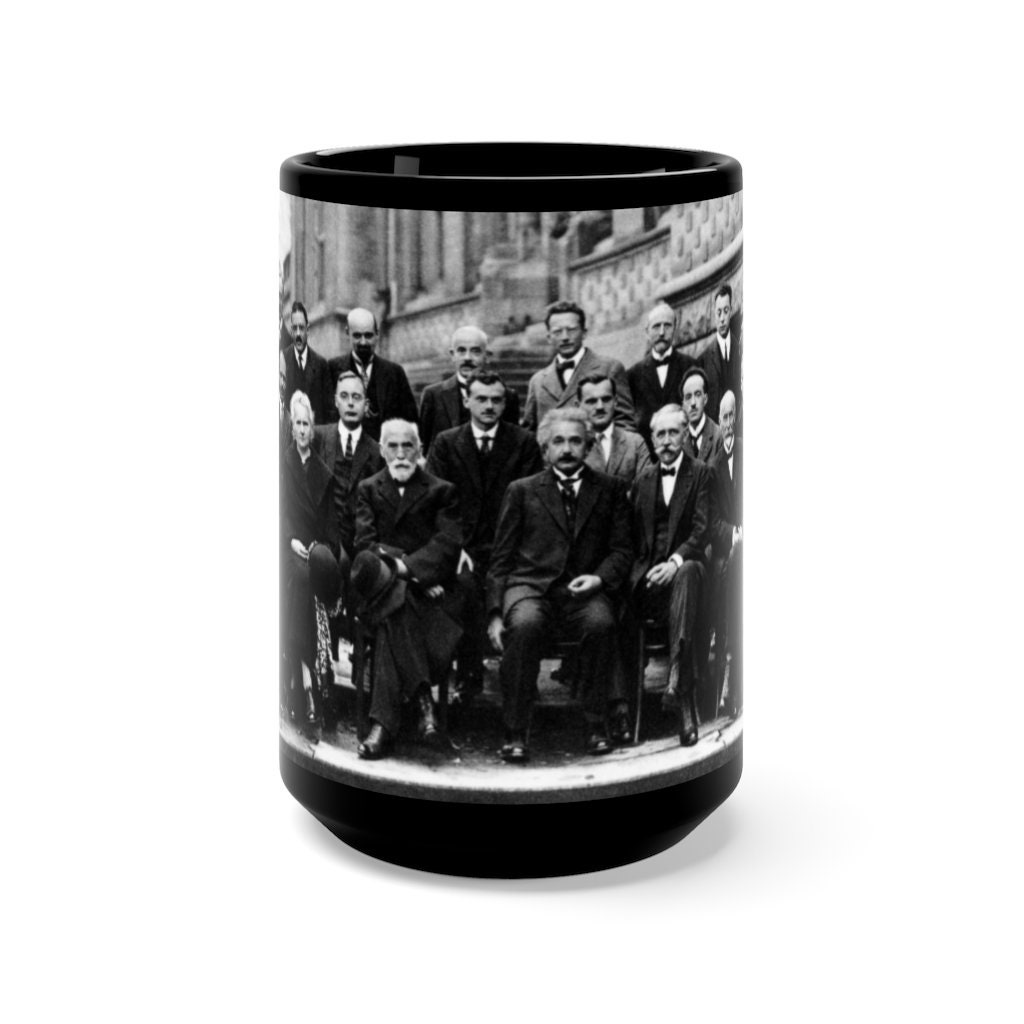 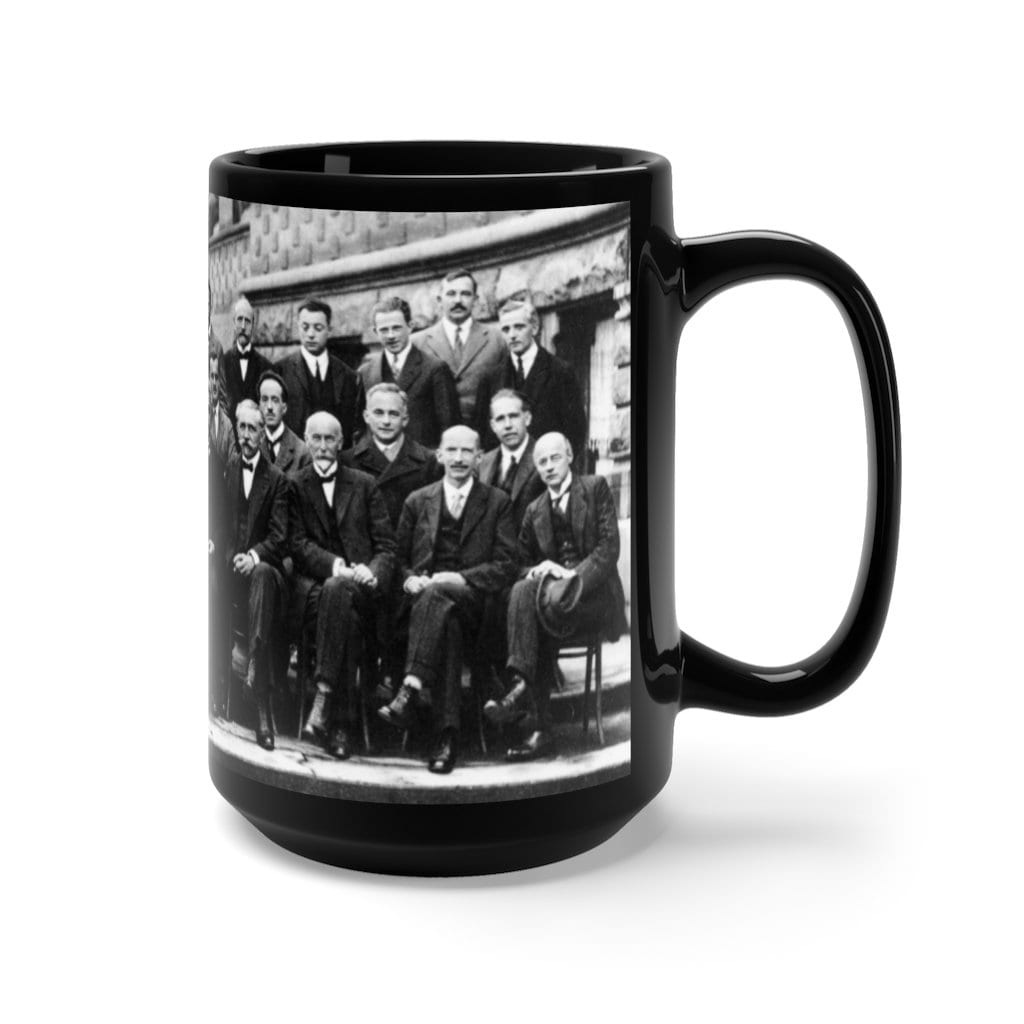 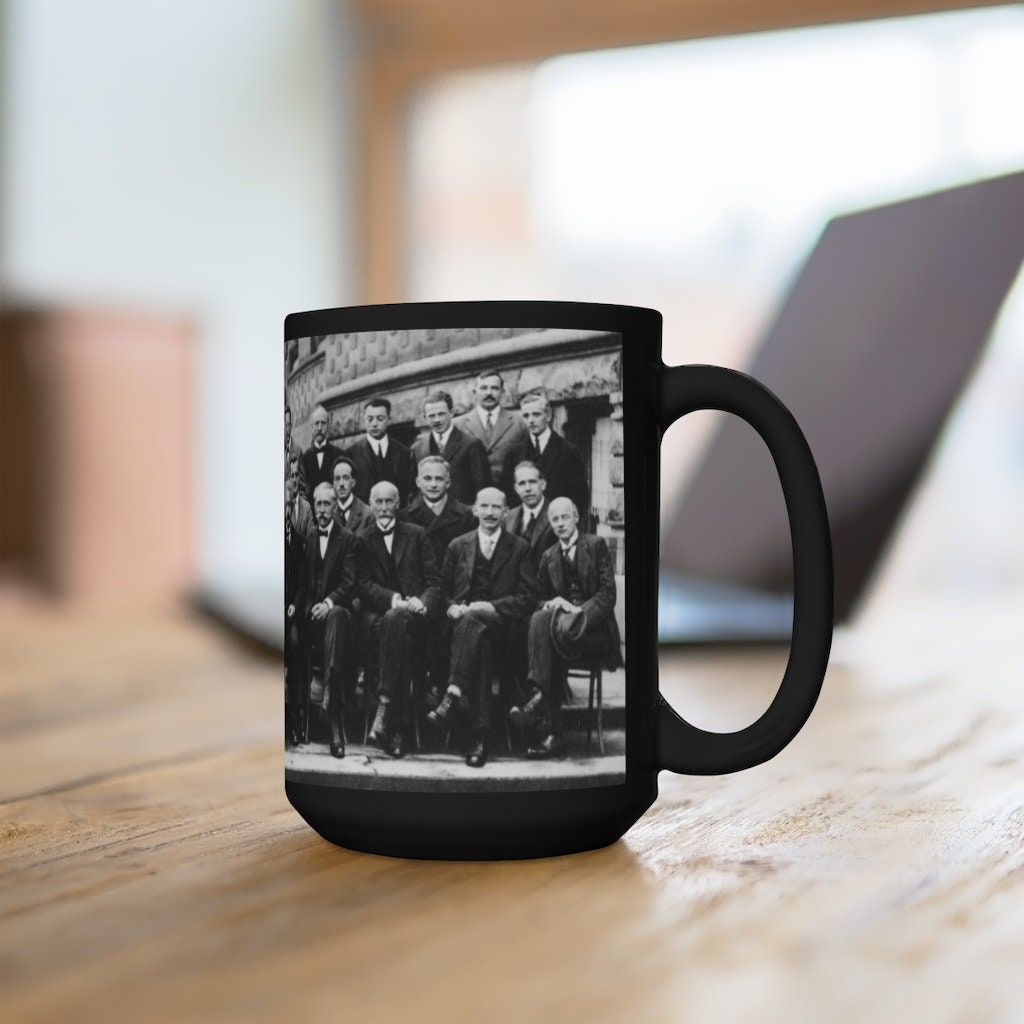 Design is from a b&w photo of the attendees of the 1927 Solvay Council Conference, described as “The Most Intelligent Photo Ever Taken”.

The Solvay Conferences have been devoted to outstanding preeminent open problems in both physics and chemistry . They began with the historic invitation-only 1911 Solvay Conference on Physics, considered a turning point in the world of physics, and continue to the present day.

Perhaps the most famous conference was the fifth Solvay Conference on Physics; held from 24 to 29 October 1927, the subject was Electrons and Photons, and the world's most notable physicists met to discuss the newly formulated quantum theory. The leading figures were Albert Einstein and Niels Bohr . 17 of the 29 attendees were or became Nobel Prize winners, including Marie Curie who, alone among them, had won Nobel Prizes in two separate scientific disciplines. Attendees Albert Einstein, Niels Bohr, Werner Heisenberg, Paul Dirac, and Erwin Schrödinger would be listed among the top ten greatest physicists of all-time, in a 1999 poll of leading physicists for Physics World magazine. -- Wikipedia

Absolutely loved this mug the first time I bought it. Then I broke it, ugh!! I'm so glad you had a replacement. Thanks so much

I bought this for my husband. He absolutely loved it, so perfect. The quality is very good and the handle fit his hand so perfectly. Physicists will love it.