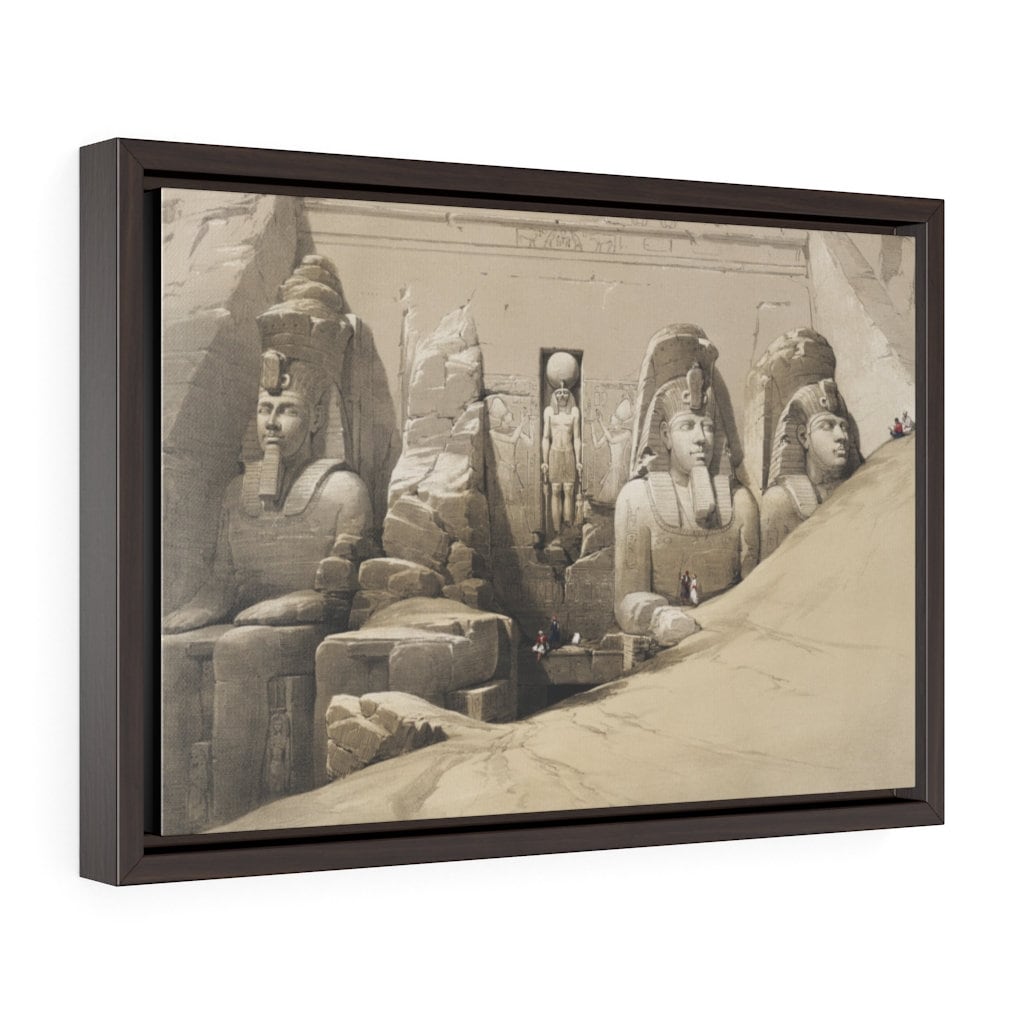 This is from an 19th century illustration of The Great Temple of Abu Simble, before it was moved during the building of the Aswan High Dam, in 1968. It was originally carved out of the mountainside in the 13th century BC, during the 19th Dynasty reign of the Pharaoh Ramesses II. It serves as a lasting monument to the king Ramesse II. His wife Nefertari and children can be seen in smaller figures by his feet. They were considered to be of lesser importance and were not given the same position of scale. This commemorates his victory at the Battle of Kadesh. Their huge external rock relief figures have become iconic.

This canvas will always look as tight and flat as the day it was made. It's frame was built with a solid face to support the canvas and prevent deforming. Pre-installed hanging hardware is built into the frame, along with protective felt bumpers. The hanging hardware is placed at the top of the frame.