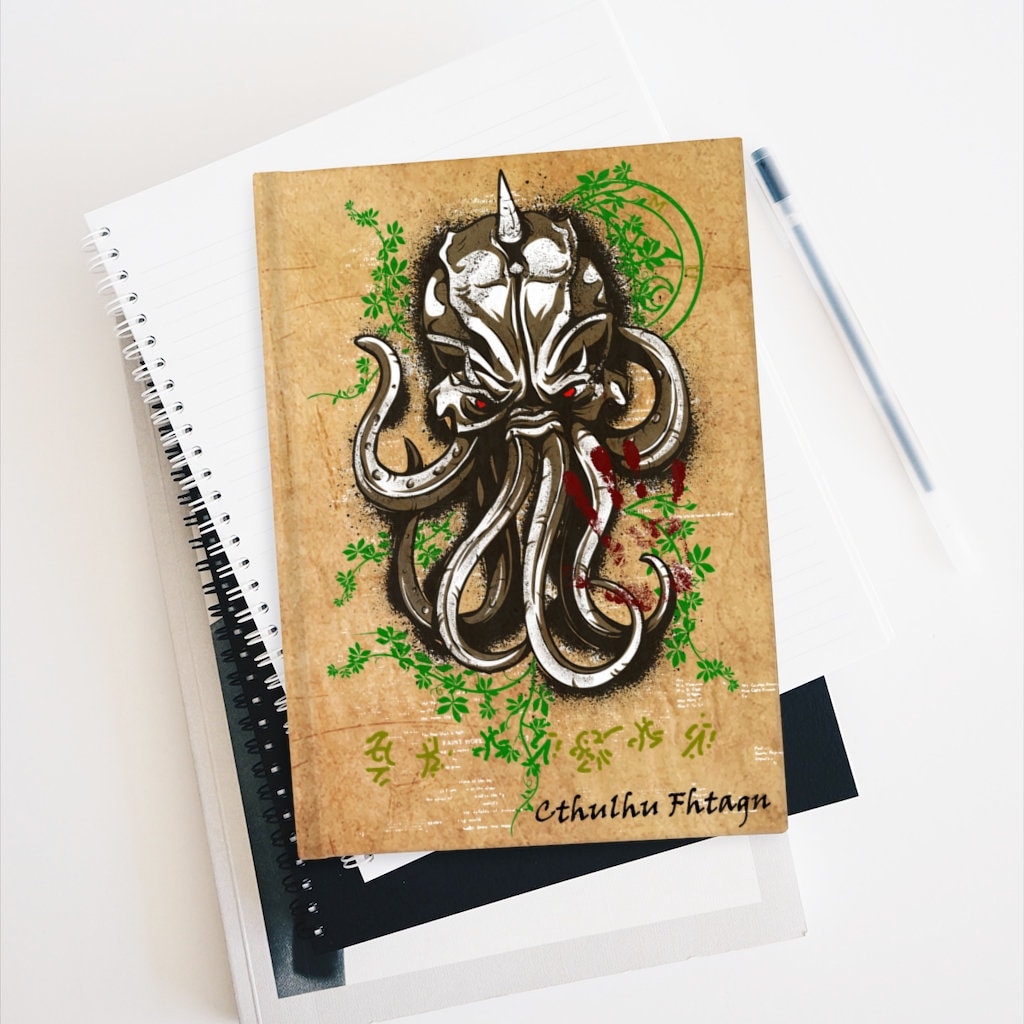 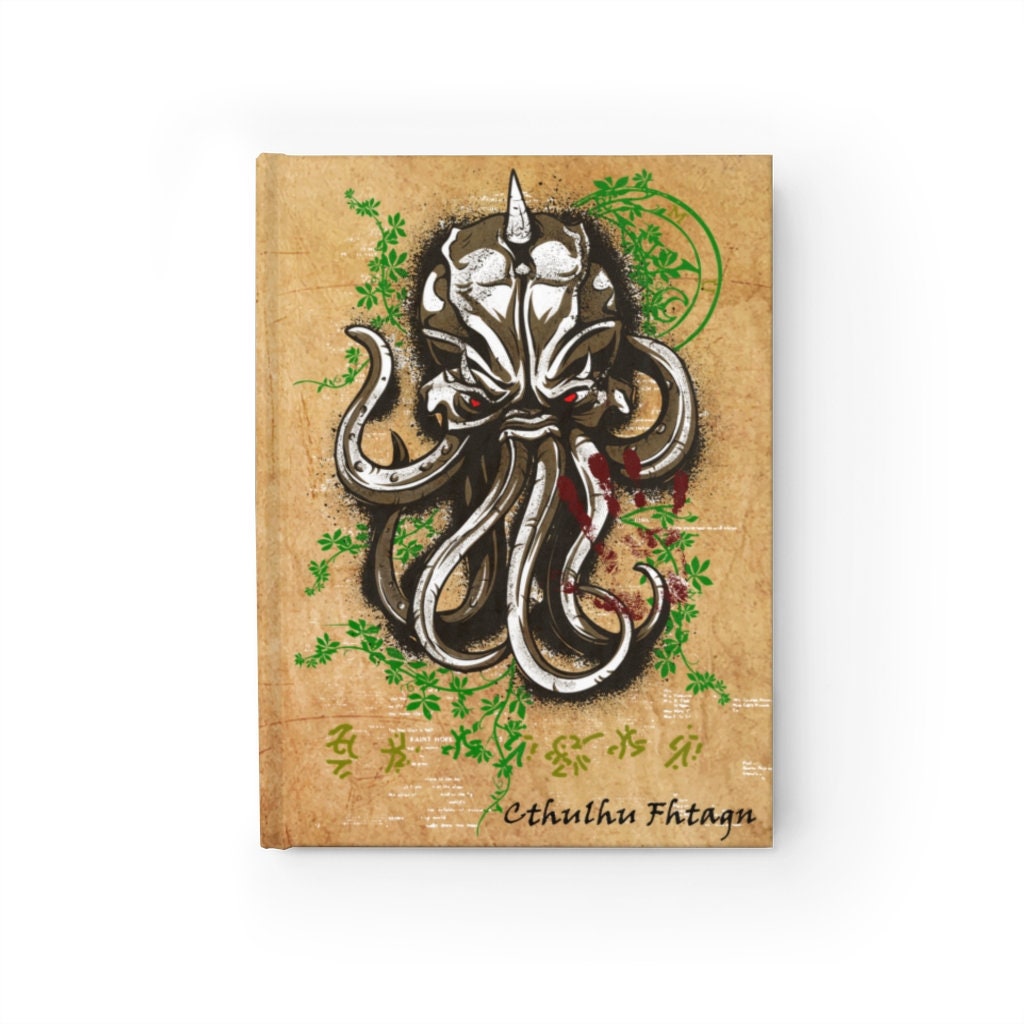 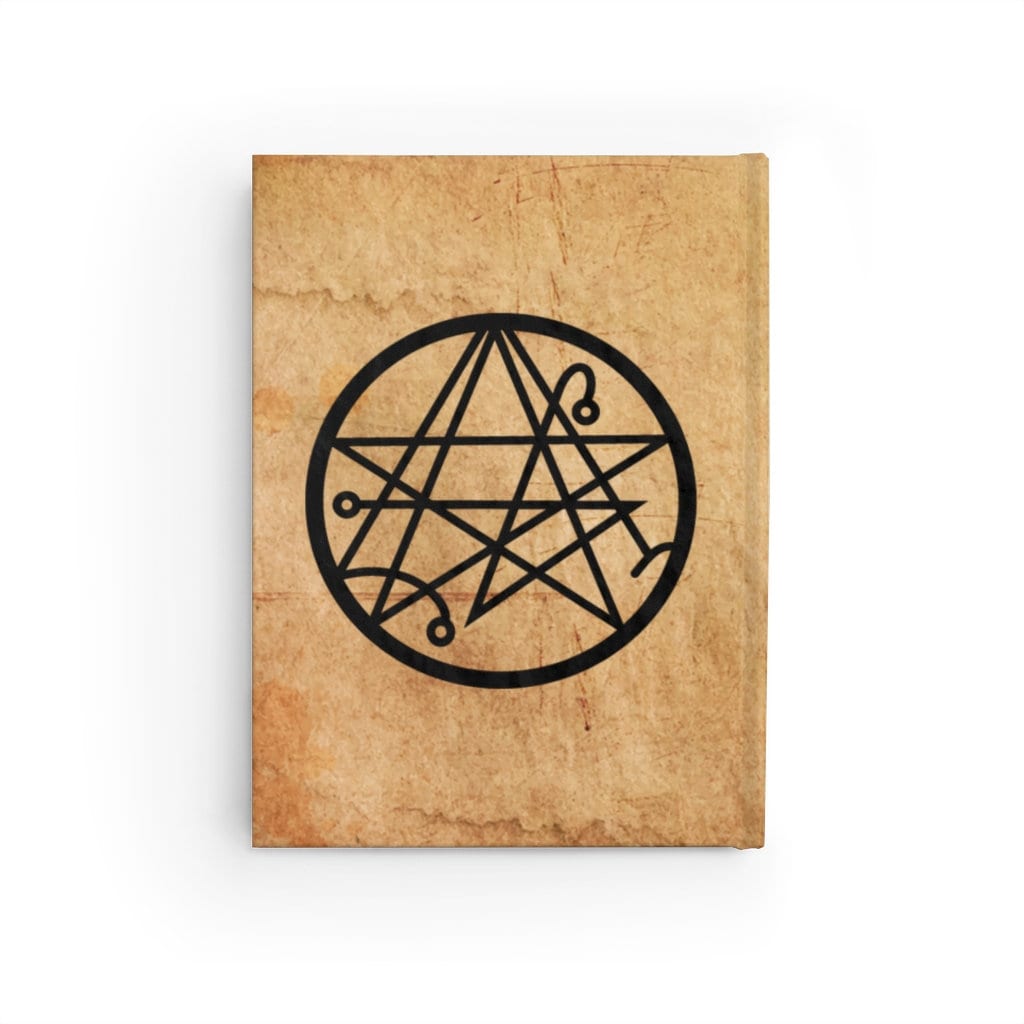 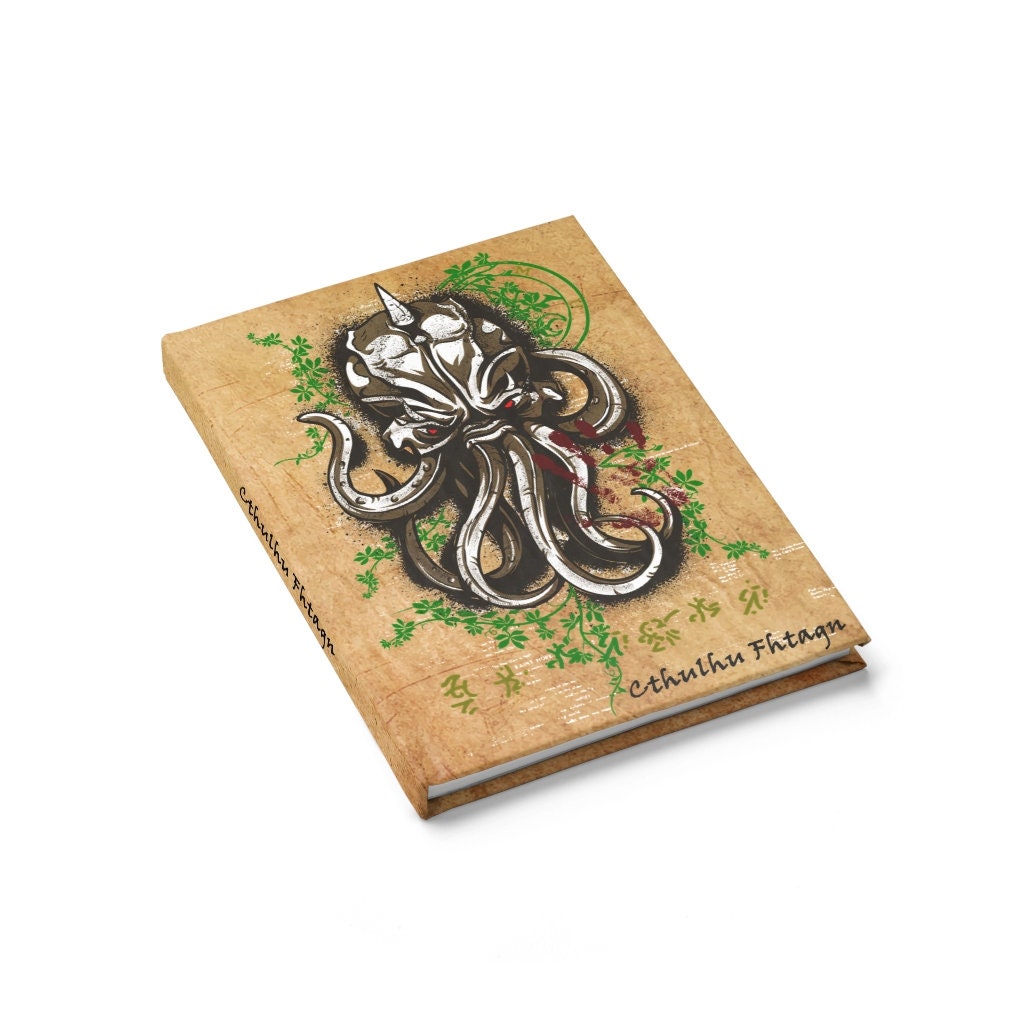 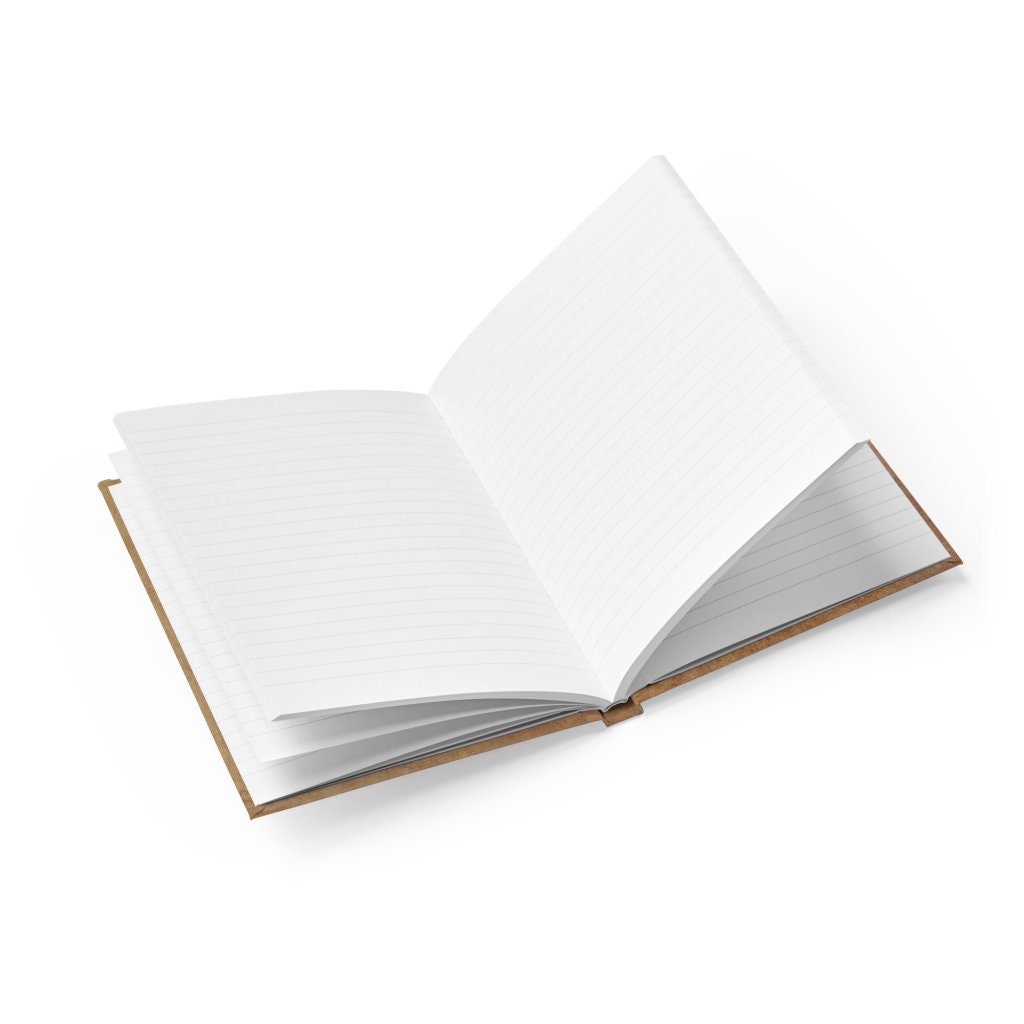 If you are a cosmic horror fan, then this is the journal for you! The design has an illustration of Cthulhu on a parchment background, with the phrase "Cthulhu Fhtagn", which translates to Cthulhu Waits or Cthulhu Dreams, in the language of the Old Ones, R'lyehian.

Cthulhu is a fictional cosmic entity created by writer H. P. Lovecraft and first introduced in the short story "The Call of Cthulhu", published in the American pulp magazine Weird Tales in 1928. Considered a Great Old One within the pantheon of Lovecraftian cosmic entities, the creature has since been featured in numerous popular culture references. Lovecraft depicts Cthulhu as a gigantic entity worshiped by cultists. Cthulhu's head is depicted as similar to the entirety of a gigantic octopus, with an unknown number of tentacles surrounding its supposed mouth.

On the back cover is the Sigil Of The Gateway, which is also know as the ”gate of Yog-Sohoth”. It is found on the cover of the legendary “Necronomicon,” a grimoire mentioned in the work of H. P. Lovecraft.

Yog-Sothoth is a cosmic entity in the Cthulhu Mythos and Dream Cycle of American horror writer H. P. Lovecraft. Yog-Sothoth's name was first mentioned in Lovecraft's novel The Case of Charles Dexter Ward (written 1927, first published 1941). The being is said to take the form of a conglomeration of glowing spheres. It is an all-knowing deity, which means it knows the past, present, and future. -- Wikipedia